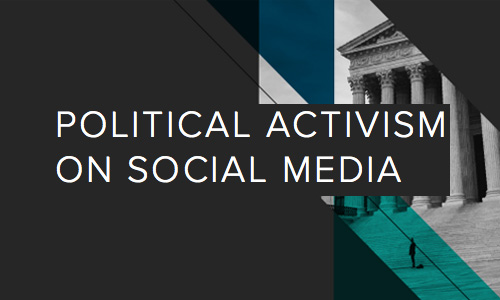 (Las Vegas) – A new Public Affairs Council/Morning Consult poll finds that Americans are divided on the propriety of political advertising, with 44% believing it is acceptable for political groups to advertise on social media and 39% believing it is not acceptable. The findings were released this week at The Advocacy Conference in Las Vegas, Nevada.

The survey of 2,200 adults also explores whether social media posts sway public opinion, who the public trusts for political information and which policy ad topics are considered most acceptable.

“As we approach the 2020 elections, we’ll continue to debate how to share political information,” said Public Affairs Council President Doug Pinkham. “The findings show that there is a place for political advertising in the conversation, especially when it comes to increasing public awareness around specific policies.”

Americans are divided on political advertising.
• While Forty-four percent (44%) of Americans believe it is acceptable for political groups to advertise on social media, users of individual platforms are more likely to call for a ban of advertising on political and social issues.

• Different policy issues receive different advertising favorability scores. Education had the highest rating with 48% of Americans saying this is an acceptable ad topic. Healthcare and the economy were right behind with 46% each.

Social media posts on politics have impact.
• One out of five Americans (20%) report they have changed their opinion on a political issue after seeing or reading a post.

• Many Americans have been exposed to major political and social movements through social media, including gun control (40% of Americans read posts on this topic), gun rights (39%), Impeach Trump (39%), Make America Great Again (33%) and Black Lives Matter (32%).

• Generational differences are most pronounced on Snapchat, Instagram and TikTok. For those platforms, Gen Z far outpaces other demographic groups.

Other notable findings:
• Forty-five percent (45%) of social media users report they see or read political posts from those they follow at least somewhat often.

• Fifty-four percent (54%) of liberals report posting on social media about political issues at least occasionally compared to 40% of conservatives and 39% of moderates.

Visit our website to view the full survey results here.