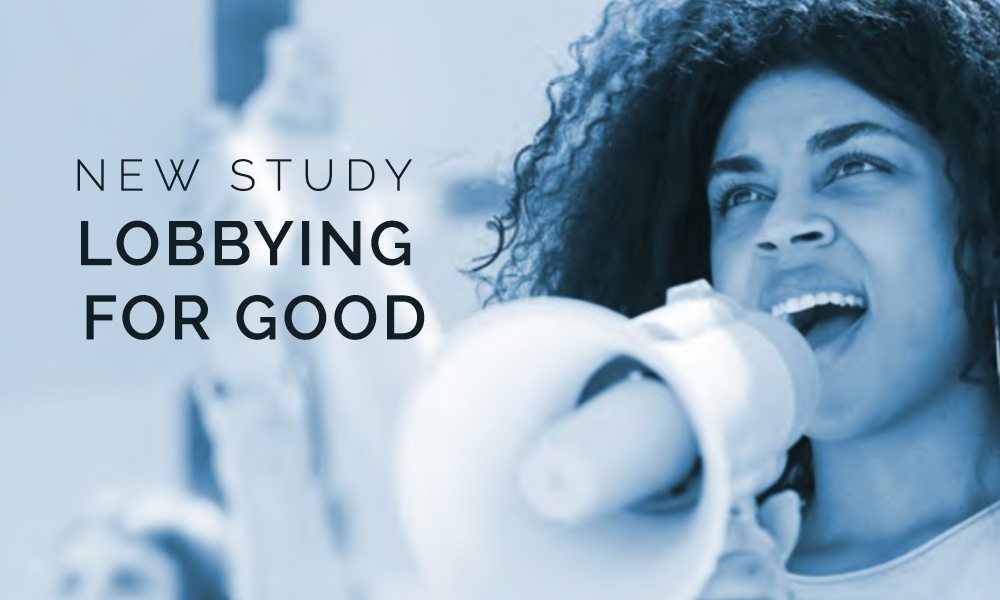 New Report: Pressure for Corporate Engagement in Social Issues is Growing
New study and survey explore why companies are getting involved in social issues
and how they determine their priorities and engagement strategies

Washington – Major corporations are feeling increased pressure from stakeholders — especially employees — to take a stand on social issues, according to a new report from the Foundation for Public Affairs. Released today, Lobbying for Good explores why companies decide to embrace social issues and how they set priorities, determine key strategies and spokespeople, and measure results.

In tandem with Lobbying for Good, the Public Affairs Council is releasing Taking a Stand: How Corporations Engage on Social Issues, which provides results of a new Council survey on how and why companies get involved in issues related to discrimination, sustainability, human rights, immigration reform and other causes. The survey compares data to a similar poll conducted in 2016.

“Public expectations have risen substantially for large corporations when it comes to addressing important social issues, but each company needs to determine its own path to engagement,” said Public Affairs Council President Doug Pinkham. “Our survey and report provide useful data and important guidance as leaders step into the spotlight and take a stand on vital, but sometimes controversial causes.”

Pressure to engage is increasing.

Political action is the most common way companies engage in social issues.

Stakeholders, rather than reputation or business needs, are driving issue engagement.

Visit our website to view the full reports here.

Methodology
The Council distributed the survey to more than 1,000 private and publicly traded companies across a wide variety of industries in July 2021. The survey was shared via email to unique corporate contacts and all data were reviewed to ensure the data set included distinct corporate responses. A total of 82 companies provided usable responses.