A Visit with Ann Sofie Orth 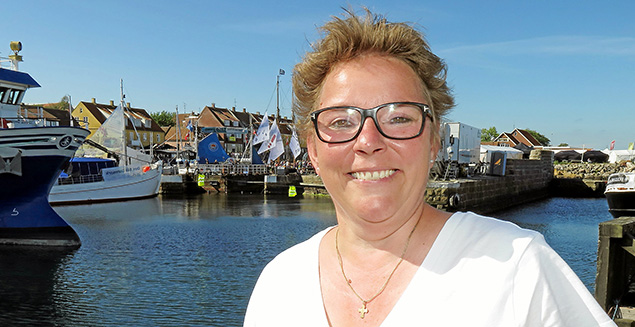 A Visit with Ann Sofie Orth

Danske Fysioterapeuter translates as Danish Physiotherapists. But physiotherapists is not a word we use in America. So what does it mean?

“Physical therapists” is the term you would use. Our sister organization in the U.S. is the American Physical Therapy Association, in Arlington, Va. We have 15,000 members, working in both public agencies and private companies. We’re not just a professional association with a focus on physical therapy and conditions for the patient — rules on reimbursement, for example — but a trade union as well, representing our members in collective bargaining negotiations over wages and working conditions.

Besides what I mentioned — working conditions, etc. — we Danes are as concerned as everyone else about free trade, the environment and international security. That is why we’re following American politics so closely these days. A lot of what we know about the U.S. is from what we see on TV — the news and of course “The West Wing.” And if you tried to make this stuff up, proposing it for a TV series, people would think it was too cartoonish. Anthony Scaramucci, for example, seemed like a TV character, and you just wanted to laugh.

Then you remember that all this is real?

Exactly. Issues like the environment and trade are very serious. And you wish the American news media would focus more on these real issues, such as relations with Russia and North Korea, and less on who’s in and who’s out. Here in Denmark, we are very close to the Baltic countries, and we want to know that the U.S. is committed to NATO, and that the NATO countries will stand behind the Baltic countries. We’re watching these situations carefully, and this current administration is nothing if not unpredictable. Fortunately, my experience with the Public Affairs Institute — I’ve finished my third year at Institute — is very reassuring, in many ways.

The unpredictability of the political environment these days has been a theme of Institute, and it is reassuring in itself that this environment is being studied and discussed. The Institute faculty is great. I remember being especially impressed with Tom Ridge, the former Pennsylvania governor and director of Homeland Security. He and others are inspiring as well as reassuring. He has been in politics for so many years and is knowledgeable and insightful. When you listen to him, you feel that things will be alright — that we will be able to handle Russia and North Korea. The speakers across the board are excellent and bring an international understanding to difficult issues.

The world really is getting smaller. When I was younger and there’d be a new Hollywood release, it would take months — even years — for it to get to Denmark where we could see it. Today, you can get whatever’s new in the time it takes to tweet.

Anything you wish American public affairs professionals knew about Europe?

Yes, and it works both ways — something Europeans need to understand about America. Europe is not one place, any more than America is one place. But sometimes we tend to think in these terms. But you meet someone from the U.S., and they tell you where they’re from — the city and the state. And that is part of who they are, this sense of being from somewhere and how that shapes their thinking and their attitudes. Well, it is no different in Europe. You meet someone from Germany, they don’t say, “I’m a European.” They say, “I’m from Germany, from Bonn.” And we all need to remember that. We’re all from specific places and cultures.