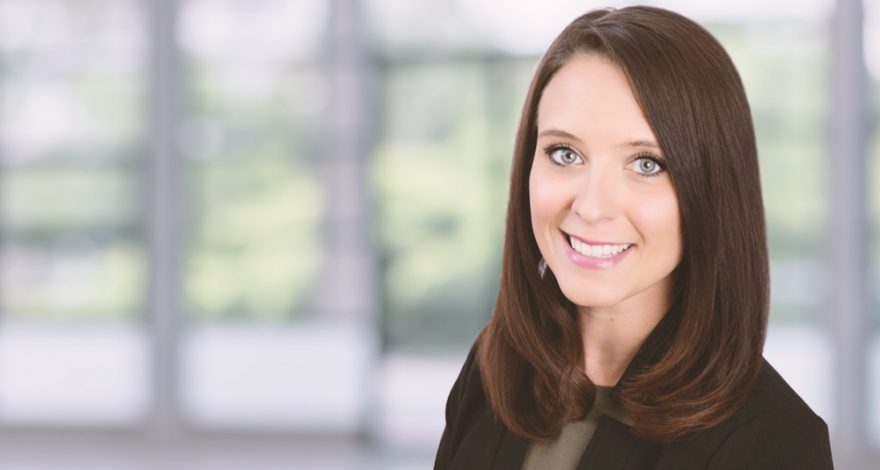 At the University of Wisconsin-Eau Claire, you majored in political science and economics. How valuable has this background proved to be in your career?

A couple of thoughts: Political science and economics are both writing-intensive areas of study, so it provides a solid background for political communications. You also learn about how policy in Washington works and impacts the lives of the American people and the U.S. economy. But when young people first come to Washington, as I did, you have strong opinions. You’re very passionate about specific policies. You want to make a positive difference in the world. But once you get to Washington, you realize that what you learned in college isn’t always that reliable, and your passion or feelings surrounding certain issues will evolve over time. You learn that both parties can be dysfunctional. But at the same time, you discover that there is a lot more bipartisan work being done than most Americas would realize by watching the cable TV shows.

You’re now working to help manage a large coalition of groups, called Americans for Free Trade, that are opposing tariffs. This must be challenging, considering such a large part of the business community is having to lobby against the protectionist policies of a Republican administration, when free trade until now has been Republican orthodoxy.

It is a challenging issue, and we’ve seen a concerning shift away from free trade, which I attribute to the rise of populism not just in the Republican Party but in the Democratic Party, too. Many lawmakers in both parties don’t seem to recognize the benefits of trade to the U.S. economy. The administration is certainly following through with what the president said on the campaign trail. But what might have been good politics is not good policy. Members of Americans for Free Trade agree that we need to achieve better trade agreements, and the administration should be commended for following through on a campaign promise and trying to address unfair trade practices. But tariffs are the wrong approach. Tariffs are taxes that hurt American businesses and consumers. Our coalition has been focused on telling that story and amplifying the voices of those impacted. What we need is a multilateral coalition to counter China, and instead we are antagonizing our allies with, for example, the aluminum tariffs. Hopefully the U.S. and China will come to a resolution and tariffs will be taken off the table.

You’re clearly well-versed in policy. I assume media relations — your own bailiwick — is fully integrated into the National Retail Federation’s (NRF) overall lobbying efforts. That’s not always the case, is it?

Traditional lobbying will always be important, but it goes a lot further when paired with a communications campaign and media outreach, particularly under this administration. In a world where “Twitter diplomacy” is a real thing and major policy developments are announced via social media, you have to integrate all of these disciplines — policy, digital, grassroots, media relations, all of it. They have to be working together if you want to succeed.

You were lead digital copywriter and social media manager for Jeb Bush’s unsuccessful campaign for the Republican presidential nomination in 2016. Tell us something about that experience.

It was wonderful, and I’d do it again in a heartbeat, even knowing the outcome. I learned so much in such a short period of time, and made a great network of friends along the way. Presidential campaigns are a once in a lifetime opportunity, and you get to work with so many talented people. Jeb Bush is a pragmatic, policy-focused leader, who has demonstrated what real leadership looks like. He would have been a great president. Unfortunately, it just was not the right moment for that type of candidate.