A Visit with Dan Hendrick 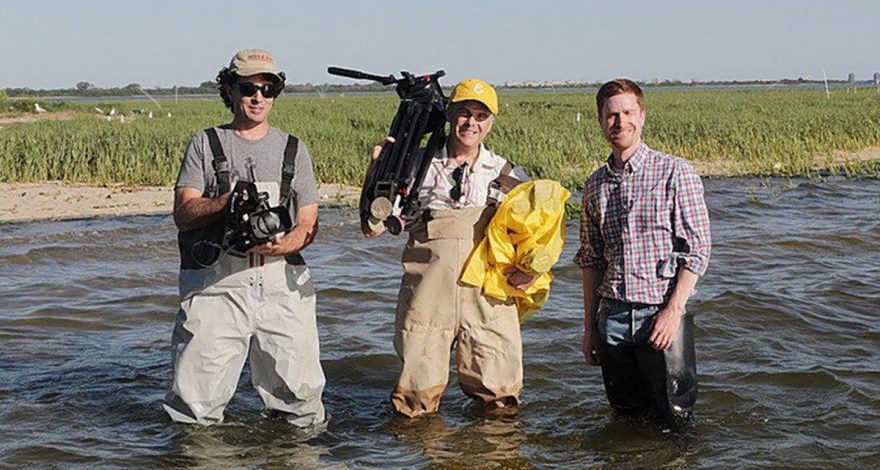 A Visit with Dan Hendrick

How does a Russian linguist end up in public affairs for an energy company — and not working on international issues?

It’s a long story. In the Navy, I became a Russian linguist. After the Navy, I got my undergraduate degree in Russian studies from Columbia. Out of Columbia, I was an editor at Morgan Stanley on Wall Street and then wrote press releases for a bond-rating agency. Then I worked at two local newspapers, Greenwich Time and the Queens Chronicle. From there, I was hired by the New York League of Conservation Voters, where I ended up as vice president for external affairs. Looking back, I can see that I was always involved in one way or another with communications. So there’s some consistency there.

And you wrote a book?

I did. In Queens, where I still live, I got interested in Jamaica Bay and wrote a book called — you guessed it — “Jamaica Bay,” with a lot of images of this historic and sort of besieged community that people don’t know very much about.

And produced a documentary?

That, too. It’s called “Saving Jamaica Bay.” I’d never gone to film school or anything like that. But as I say, I got interested in Jamaica Bay. I went to a community meeting one night when the Port Authority of New York and New Jersey were planning to expand Kennedy Airport, which would involve paving over part of the bay and where the final approach to one of the runways was right over a wildlife sanctuary and a national park. I thought, “What can I contribute to this conversation?” It dawned on me that people need to know the story of Jamaica Bay and understand what is threatened. The world needs to actually see this. And after Hurricane Sandy, people are more receptive to the need to honor this part of the world.

And, having never made a movie before, naturally, you decided to make a movie?

Yes, I wasn’t this filmmaker who learned about Jamaica Bay; I was this Jamaica Bay guy who made a movie. It took me five years to do it, because I wanted to do it right, and that meant raising money. It’s sad but a lot of low-budget, crowd-funded independent films aren’t really very good. Their production values aren’t good, and this was a nature film, so it needed to be good. I had to raise about $250,000. In the credits, you will see names of hundreds of people who contributed small sums. We also took our “sizzle reel ”— a kind of pre-trailer — to foundations and corporations, especially to businesses active around the bay, and got them to back us. I’m anything but a charismatic CEO, but I had to be the charismatic CEO for this film.

And we got Susan Sarandon to do the narration. 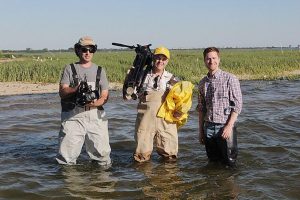 The making of “Saving Jamaica Bay”

How did you pull that off?

I have a friend who worked out at the same gym in Manhattan where she works out, and my friend asked her trainer how to contact her. We got the name of Susan Sarandon’s assistant and just cold-called her. The assistant said they get requests like this all the time, but they’d show it to her. Within a week, she said yes, and four weeks later, we had her in the studio, and she was a total professional.

And you’re pleased with the results?

Yes, it has done very well. We do a lot of film festivals, and NRG, where I’ve worked since 2014, has been really supportive. The company has a great auditorium in Princeton, where they have shown it for employees. Some of the other employees and even officers show up at film festivals to see it.

It was the company’s commitment to environmentalism that attracted you to it, right?

Definitely.  I moved to the corporate side because of this particular company and the direction it is taking. They’re committed to renewable energy and to innovative energy storage technologies. The goal is to decentralize the energy grid, using micro grids and thermal storage, for example. This way we move away from the typical image of massive power plants to a more decentralized system that is more adaptable and, in that way, more sustainable and responsive.

How was the adjustment, from the League of Conservation Voters to an energy company?

I had to learn a lot in a hurry. I had to become more knowledgeable about the realities of regulation, for example. To follow the regulations in seven different states, as I do, is a challenge. One thing you learn is that energy policy is primarily driven at the state and local level, not by Washington, and that it is a maze of rules and regulations. Another thing you learn is that it is a moving target. Things change constantly. I’ve matured a lot, in my understanding of how the real world works. It is easy, as an advocate for environmentalism, to say that you want 100 percent solar next year. But when you work for a publicly traded company that is concerned about shareholder value, you see that it isn’t that easy. You also learn how much a shift like that would really cost, and how virtually all energy companies these days are struggling, when margins are low. Learning all this was a dose of reality, which was good.

Want More Information on this Topic?

A Visit with Michael Cowden

A Visit with Faith Cristol