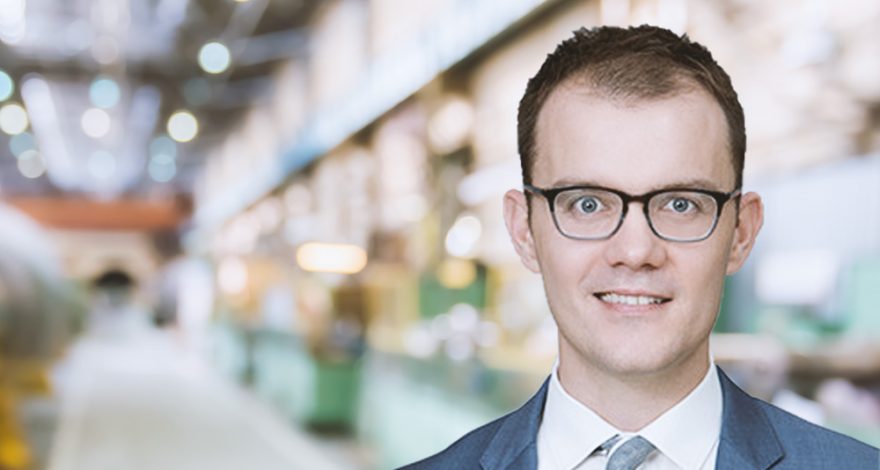 What are the big issues your members are most concerned about as we come to a new year?

Infrastructure spending is always big for our members, not just on the construction side but on the agriculture side as well. Our members make tractors and combines and farm equipment generally. There was a lot of talk early on in this administration about infrastructure, which is a cause Democrats have generally been slightly more favorable toward than Republicans. But those promises have not been fulfilled.

I think there are a number of reasons. Finding the funds was, and continues to be, a problem. The deficit is high enough as is, and it is hard to see what compromises might be made to make an infrastructure bill happen. It would be ironic if it was the new Democratic House that would help Trump make good on a campaign promise. And that would depend on whether the new Congress decides to get something done, rather than just do investigations. If that is the route the Democrats decide to take, it might feel good, but they won’t have much else to show for it.

Trade and tariffs are always important for our members. There are hundreds of billions of dollars involved, whether in steel or aluminum, with China or elsewhere. I think the American people realize the cost of tariffs is just passed along to the consumer.

You’ve gone from working for the American Wind Energy Association to an organization representing the heavy manufacturing sector. Does that sound strange?

Not really. I see a common theme. I grew up in Warren, Ohio, a Rust Belt town that is surrounded by farmland. So I believe in heavy manufacturing and wind energy, and I see no contradiction there. People don’t realize this immediately, but wind energy requires heavy equipment. I’ve also found here at AEM that some of our members are also members of the American Wind Energy Association.

I worked for a program there called Global Ties that used to be called the National Council for International Visitors, a State Department-affiliated NGO. The group identified emerging leaders from other countries and tried to help them understand American culture, including our business and political worlds. Early in their careers, Anwar Sadat, Margaret Thatcher and Tony Blair were participants. That same State Department program was also part of my work with the League of Women Voters, which included an effort to help visitors to this country find out how we do things here.

What’s the most important challenge you face professionally and that you think all public affairs professionals face?

I think of myself as a communications professional, and I believe in the importance of being seen as a partner at the highest level of whatever organization we’re part of. Communications professionals need to make sure they get in on the conversation early, so we’re not seen as merely tactical. By now, most of us know that we are supposed to think of ourselves as strategists, but that is easier said than done.

Because it is tempting to end up doing a whole laundry list of tactical things. When you find that has happened, and you look back on those experiences, you realize you should have concentrated on just two or three things, and gotten them done and done well. You have to always be figuring out what is the best achievable outcome.

Can you name a writer or thinker who has influenced you?

I used to read a lot by George Lakoff, who wrote Metaphors We Live By and The Political Mind.

He is excellent on the science of communications and has triggered some real “aha!” moments for me. I find more and more areas where I disagree with him, but I still find his thinking fascinating and would recommend him to others.