A Visit with … Don Kiselewski 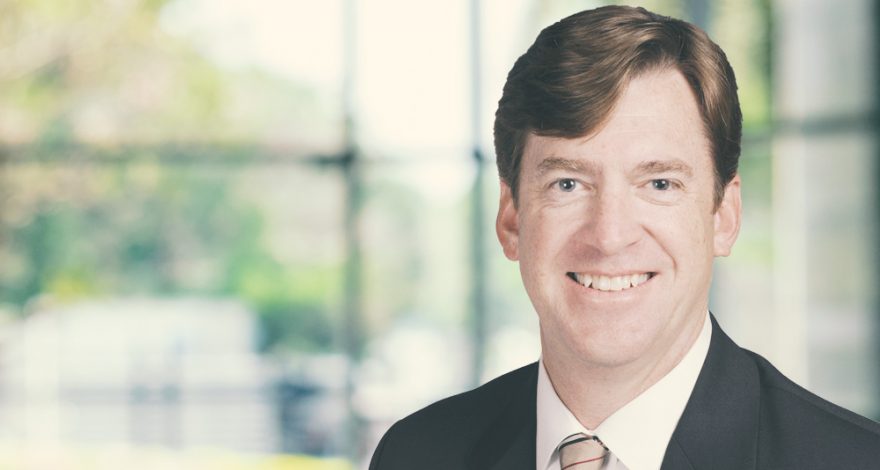 A Visit with … Don Kiselewski

You’ve lived in the Palm Beach area for almost 50 years, so you’ve lived through a lot of storms. And you’ve been with Florida Power & Light for 15 years. What have you learned about disaster relief efforts from those experiences?

I need to say, upfront, that the damage to our area from [Hurricane] Dorian was minimal compared with the Bahamas. And in my own life, growing up around here, I’d help plywood the house when a hurricane was coming. Then when you have children of your own, your concern is protecting your family. But as a professional, you’re thinking of your customers and your community. And at Florida Power, we really prepare for these events. It was in about 2004, when hurricanes pretty much devastated our infrastructure, that we developed a new mindset. We came to consider hurricanes a kind of new normal where we’re always thinking about what will come next. And this time we had additional equipment staged and 17,000 men and women ready to respond. Some of these came from other companies in the energy industry from 35 states.

So how did you fare this time?

Of our 5 million customers, only 160,000 of them lost power, and the average loss was one hour. So that’s pretty good. Our investments in time and infrastructure have really paid off. We figure without taking the steps we did, an additional 37,000 of our customers would have been without power. It’s a question of preparedness. We have a clear chain of command, and we drill for a whole week, training as if a hurricane had already devastated our community.

You’ve spent almost your entire career at the local level. You worked for a member of Congress, but in his district office. That’s unusual, isn’t it?

I think it is. I worked for a member of Congress for 15 years and was always in the district office. I started out as a caseworker, but even when I ended up as chief of staff, I was located in the district. Our deputy chief of staff, who was in Washington handling the bulk of the legislative and policy responsibilities, reported to me. I think this was a strength of ours. We had a real focus on constituency services, going back to my caseworker days. During campaigns, I’d take a leave of absence and work on the reelection effort. So after all this, and having grown up here, I really came to know the people, which has been a great asset to my current work.

This spring you managed your new mayor’s transition team. Tell us about that.

Keith James, the new mayor of West Palm Beach, was elected in March, and he asked me to manage his transition. Most people, when they think of a transition team, think it is a matter of staffing positions. That’s what you hear about when a new presidential administration comes into office. They have to fill all those executive branch positions and staff the White House and all of that. But that’s not what we did. We took a more strategic approach. We wanted to look at the city and figure out what we could do to differentiate it and address the challenges we faced. We broke the responsibilities into eight areas and created eight committees, and had more than 100 community leaders involved. We looked at homelessness, neighborhoods, budgets, traffic and public safety, among other areas. On a tactical level, we tried to decide what the low-hanging fruit was — what we could hope to accomplish in the first 100 days.

What’s one thing you brought away from that experience?

I came away with a new appreciation of the importance of vibrant neighborhoods. We have a great downtown, but we also have some neighborhoods that have challenges. It’s not like I had a great “aha” moment. I did begin to think more systematically about how to put the right budgets behind some of these challenges.

While you worked in Congress, you got an MBA. How has that helped in your work?

I realized I probably wasn’t going to work in politics for the rest of my career, and I wanted to prepare myself. And it has worked out great at Florida Power & Light. That’s because about 75% of my work in external affairs is at the county and municipal level, and we’re in a heavily regulated industry, where — to give just one example — zoning issues are involved in so much of what we do. If we want to build a 400-acre solar farm, it helps to be able to explain what we’re doing, why it’s important and what effect it will have on the community.

How has lobbying at the county and municipal level changed since you’ve been involved in this work?

Back in the day, lobbying meant taking a mayor on a golfing trip. That’s not only unethical, but now it is also illegal. We have a ban on giving gifts to public officials. So when I go see an official, it’s not, “Here comes Don, he took you on that golf outing.” It is, or should be, “Here comes Don, who grew up and went to high school here, who was chair of United Way and Chamber of Commerce and the Business Development Board of Palm Beach County, and he wants to talk to you about some issue, so maybe it’s something you should pay attention to.” That’s the way it should be!