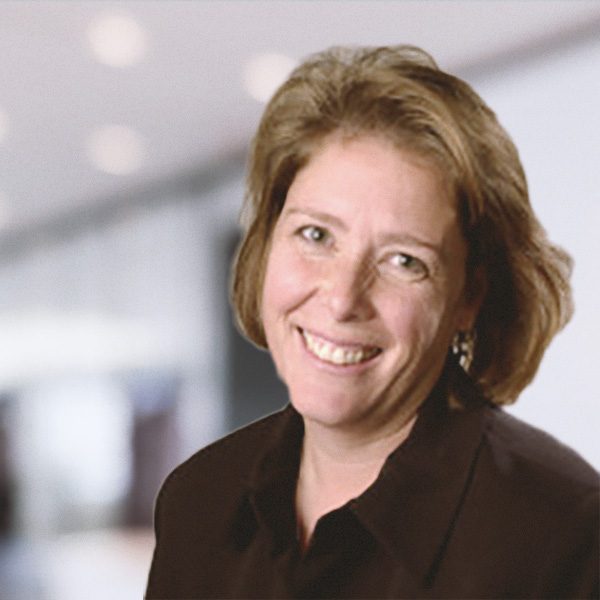 Before joining Pfizer, you had a number of impressive positions — an editorial writer at the Boston Herald, chief of staff to two Republican governors of Massachusetts, and then CEO of the Massachusetts Port Authority (Massport), which operates Boston’s Logan International Airport. You were at Massport on 9/11. Can you describe that experience?

It made a tremendous impact, and I’m still dealing with the aftermath. As you might or might not recall, the two planes that flew into the World Trade Center were hijacked out of Logan International. I was on the way to Logan to catch a flight to Washington that morning for a meeting with the Federal Aviation Administration. Our son was 2 years old at the time, and I was five weeks’ pregnant with our second child. All that was harrowing enough in itself, having the terrorists on planes from an airport your organization is in charge of. You can only imagine what that was like — the investigations and all of that. While my experience is nothing compared to what the families went through, it was still horrifying. And it was going to be difficult enough rebuilding your life after that experience, but it got worse.

I was forced to resign from my job by the governor at the time. The court eventually released us from any responsibility, but I learned a lot from that period of my life, not least about what I think of as our “culture of blame.” When we’re afraid, we look for easy answers. We look for people to blame — for the “other.” It’s easier to blame other people than it is to look at the harder questions. I also learned, as our culture needs to learn, that life is fragile and our safety is not guaranteed.

From that experience to Pfizer? Is there a connection?

I think there is a consistency in my career, and it involves making the case for things that aren’t always conventionally popular but do good things. To be the chief of staff to two Republicans who get elected governor of heavily Democratic Massachusetts — William Weld and Paul Cellucci — is an unusual experience in itself. But Logan was much maligned well before 9/11. It was quite loathed by a lot of people as long as it has been around, for 60 years. It is resented for taking over homes and parks and neighborhoods just to be built. And Pfizer as a pharmaceutical company is part of an industry that gets blamed for a lot of things despite how much good it does in the world. I guess I like the public-facing mission of making a case for these kinds of causes.

You also participated in the Presidential Leadership Scholars program. What was that like?

That’s a program started primarily by Bill Clinton and George W. Bush and their libraries, plus those of George H.W. Bush and Lyndon Johnson. Both Bill Clinton and George W. Bush thought we need to be working toward a political culture where you really listen to the other side and try to work together — where you say, “I believe this but they believe that,” to one that says, “I believe this and they believe that,” and where you work together for the common good. They both want a culture of compromise where you put partisanship aside. We could definitely use more of that these days.

You’ve been around both Clinton and Bush as part of that program. Tell us something about them we might not know.

Clinton was known as the “great explainer,” which he is. He’s good at that. But Clinton and Bush have something in common you might not expect. Both of them are great active listeners. They are thoroughly engaged in whatever you’re discussing. They really focus on the issue at hand. And effective communication involves listening as well as talking. I have one Clinton anecdote.

I was in that first graduating class of the Presidential Leadership Scholars. As part of the ceremony, each of the 60 participants gives a 60-second presentation on the subject they worked on when they were in the program. So I got up there and made my presentation, and at the reception afterward, in a receiving line, I was introduced to President Clinton, and he said something about what a tough duty that must have been to be at Logan on 9/11. And he stood there for 15 minutes and talked to me and my husband about that experience, like there was no one else in the room. He really listened.

One of your old bosses, William Weld, looks like he might run for president on the Libertarian Party ticket. Tell us something about him.

I was his campaign manager in his 1996 race against incumbent John Kerry for the U.S. Senate in Massachusetts. Bill Weld is what you might expect. He’s brilliant and very funny, and whenever I met with him, I had to bring my A-game because nothing gets past him. He’s unlike a lot of other American politicians in one way especially. More conventional politicians say they hate having to raise money for their campaigns or for the campaigns of other office seekers. But Weld doesn’t complain. He actually seems to enjoy it. He enjoys putting out his message, and he sees raising money as part of that process. He’s not against money in politics. He understands that raising campaign funds is a healthy part of our political system.

A Visit With … Danielle James

A Visit With … Teross Young