A Visit with … Marni Goldberg 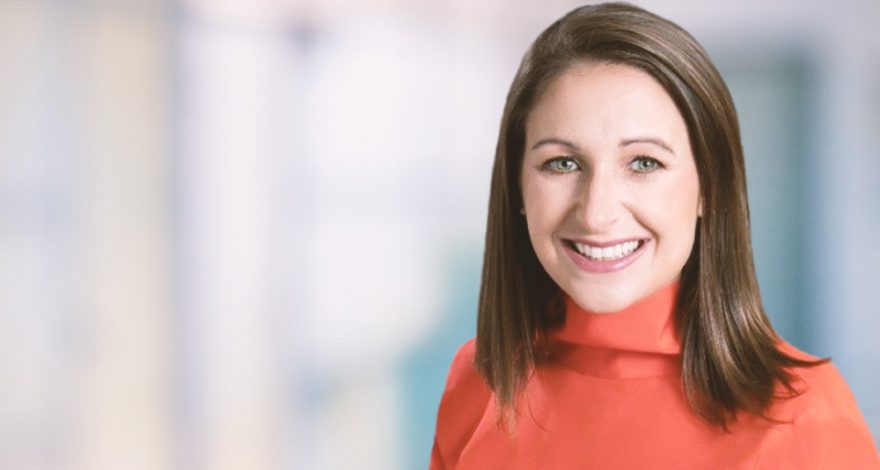 A Visit with … Marni Goldberg

You got into public affairs from the journalism world, not after being a Capitol Hill intern.

Yes, I was trained as a journalist and served as the editor-in-chief of my college newspaper (the hardest job I ever had), managing the staff and editing every word that went into the twice-weekly publication. I also had an internship with the Chicago Tribune’s Washington bureau. That was the summer of 2006, which was a different time in journalism. There must have been 20 people working for the Chicago Tribune in D.C. at that time, not to mention those working for the other Tribune-owned papers in Washington.

What was going on in Washington when you interned at the Trib?

It was an exciting time. Senator Obama (from my home state) was on the rise, and the paper followed him everywhere. Everyone was taken with his charisma and energy, and he commanded a lot of attention.

But, as you say, that was a time of great change in journalism, right?

It was. Print journalism was struggling, and I realized I wasn’t going to be a political reporter at the Washington Post any time soon. I felt I needed to make a move. I ended up working in communications at the Democratic Leadership Council.

That was a group closely identified with the Clinton wing of the party — the “neoliberal” wing, right? You went on to work for what are thought of as “moderate” Democrats?

I did. I worked for former Senators Mary Landrieu (D-La.), Blanche Lincoln (D-Ark.) and current Senator Joe Manchin (D-W.Va.). What sticks with me most about those experiences was what I learned about the diverse economies, geographies and ideologies of different parts of the country.

Sure. I grew up in Chicago, so working for senators who represented such different parts of the country helped broaden my understanding of the American people and the American economy. For example, Senator Landrieu, from Louisiana, represented the people who work on oil rigs — not just the big wigs who run the oil companies. Manchin represents West Virginia, where coal is a huge industry and the opioid epidemic was taking a huge toll on the population.

Talk about your experience as director of public affairs at the Department of Commerce.

That was an amazing experience. People don’t really appreciate what the Commerce Department does and how involved it is in so many aspects of the economy. Even the Census Bureau is part of the Commerce Department, which exists at the intersection of government and business. I got to go to 40 countries and as many states with Secretary [Penny] Pritzker, and every time we took one of those trips, it was like a crash course in global political systems and economics. But by the time the new administration took over, I had already decided to make a move.

I had been working in government and politics for 10 years. I think we all need to be constant learners, and I wanted to work in the private sector to learn a more diverse set of skills as a communicator.

Visa has been a perfect fit. The company is involved in so many issues, and every day is a new issue and a new challenge — regulation, litigation, social impact, and on and on. I’m the only communicator in our Washington, D.C., office, so there’s always something to deal with. Al Kelly, our CEO, is on the White House’s Workforce Policy Advisory Board, and it’s fascinating to see how a big company like ours can play a leadership role in workforce issues. I also love working on what we call our social impact, which is what a lot of companies call CSR. We do a lot of work with micro enterprises — especially female-owned businesses. We’re also moving toward 100 percent renewable energy by the end of 2019, which is big.

What is it people don’t understand about Visa that makes your job interesting?

People think we’re a credit-card company, but we’re not. We’re a payments company. We don’t issue credit cards. Banks and other financial services institutions do that. Rather, we are the rails over which payments run. Global connectivity is what makes our business possible, and that’s both a huge opportunity and a challenge. What keeps me up at night is just keeping on top of it all.