A Visit with … Stephen L. Ball 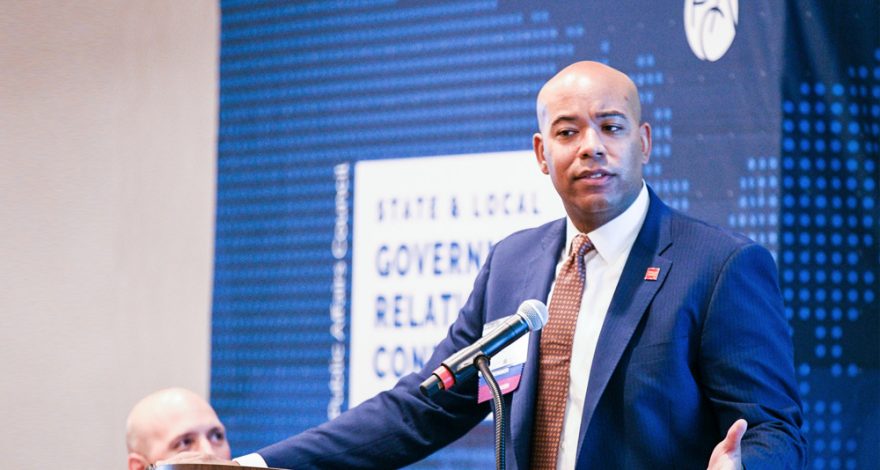 A Visit with … Stephen L. Ball

You’re a lawyer, and you were destined for this kind of career?

My mother was a legal secretary, so I grew up aware of the legal profession and associating it in my mind with success. She worked for nearly her entire career at Ford, as did several members of my family. I’m from a suburb of Detroit, and my father worked for Ford. So did both of my grandfathers. All of them retired from Ford. My paternal grandfather came to Detroit from Mississippi during the great African-American migration in the early 20th century. My maternal grandfather came from Arkansas. But yes, I’d thought about law school since I was a child.

And there’s documentary evidence of that fact, right?

There is! I kept a journal from sixth grade through my senior year of high school, which I still have. It’s pretty embarrassing to read now, with all that stuff about crushes on girls — I was hardly a ladies’ man back then — but some of it is pretty interesting. Way back in middle school, I wrote about wanting to go to Harvard Law and work in New York City. New York, to me, was the epitome of success. I always had a lot of drive back then and was an overachiever, I guess you’d say, and both of those things came true for me. And while at the University of Michigan, I got an internship at the Clinton Foundation in New York, which was life-changing.

The experience of New York itself was life-changing. I lived with a roommate in a small fourth-floor walkup in Washington Heights. I loved how New York is such a melting pot. I loved the tall buildings, and I loved being in a place with such dynamism. I grew up around Detroit, where the narrative in the 1990s was often about the decline of the city. That was not the case with New York, and that was exciting for me.

And you worked for a large law firm?

Yes, after law school, I got a job with BakerHostetler, also in New York, working mainly on commercial litigation matters. But I also lobbied on Capitol Hill as a summer associate in the firm’s government policy group in the Washington office. I loved that. My interest in law was never to be solely a litigator, though that is what you learn in law school. I was poised for a great career at BakerHostetler, and I learned so much there.

But you wanted a change?

I did, because my interest has always been in shaping public policy, but I had a ton of student loans, and I was aware of the realities of needing to work in the private sector to pay off the debt.  The strange thing is that when I began to look around for a government relations job, despite the other items on my resume, no one in the New York tristate area was interested because I had no political ties or deep government experience. But I got a great opportunity from CSAA Insurance Group, which is affiliated with AAA. I moved to the San Francisco Bay area, with lobbying responsibility for a number of states, including West Virginia, Montana and Idaho. But I also was responsible for New York state, so eventually I got to relocate back East, working in New Jersey, with a portfolio of northeastern states. And I loved the variety of issues we worked on. One of the main things we did at CSAA was push for a bill in New York to modernize an outdated vehicle inspection process, and in that case, we drew in much bigger brand name insurance companies, like Allstate and State Farm.

You also worked for Airbnb in New York?

Briefly, and it was a great experience. Working for a startup like that is exciting. Not only was it staffed by some really smart people — veterans of the Obama administration and the Hillary Clinton campaign — but it was also great working with a tech company. They have different attitudes about regulation. They tend to be leaner, and because they often lack the resources that more established companies have, they have to be more creative. There’s less need for buy-in from lawyers and fewer stakeholders. They’re more willing to embrace uncertainty and the unknown. But their attitude toward regulation is also interesting: They are more inclined to move forward and let the regulators keep up with them.

Here, too, the issues really run the gamut, from big-picture ones — like empowering banks to better protect elderly customers from financial abuse — to ones that might not seem big but are still important. Among the big ones is data privacy, because multiple states are following California, which has passed the strongest legislation giving consumers more power over their data. But there are very specific things that I also like getting involved in, like how in one New Jersey city food trucks were lined up in front of one of our branches, making it impossible for the armored vehicles to park there and pick up the cash. There’s another branch in Pennsylvania where the city has installed parking meters that make it cost $24 a day to park there, which creates a huge financial burden for our employees at the branch. We’re working to change that.

You’ve even worked, when you were at CSAA, with drones. Tell us about that.

That was interesting. The big fad then was for insurance companies to use drones for property inspections. Instead of having an inspector climbing around on someone’s roof, they could use drones to fly over the building and take pictures. This avoided a big safety issue.

You’re a drone enthusiast yourself, right?

Yeah, when I was at CSAA, when working on these issues and needing to master the regulatory landscape around drones, I had to get an FAA-issued license as a commercial drone operator. This meant learning to read the maps that pilots and others involved in aeronautics have to read. They’re not like the maps most of us are used to. I had to study and then go to a small airport in California to take my test. I passed. And a couple of Christmases ago, my very generous wife gave me my own drone. We live in Watchung, New Jersey, which is about a 40-minute train ride to New York City after a short drive to a nearby station. Watchung is actually in the mountains, a peaceful oasis not far from New York City. We have great views of the Manhattan skyline from the mountain’s lookout points, and beautiful scenery, so I’m looking forward to using my drone to take some great pictures.