Bipartisanship Lives! Everyone is Angry about Cowardice and Corruption 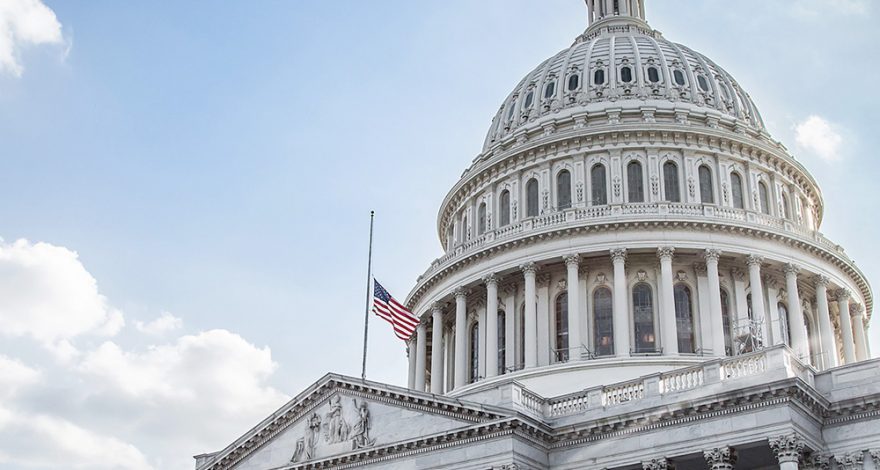 Bipartisanship Lives! Everyone is Angry about Cowardice and Corruption

Despite what you might have heard, bipartisanship is alive and well throughout the land.

Democrats and Republicans agree on at least one thing: They’re equally disgusted that many politicians who supposedly represent their interests are more concerned with getting re-elected than with making wise decisions.

That’s just one of the findings of the 2019 Public Affairs Pulse Survey, published by the Public Affairs Council and conducted by Morning Consult, that sheds new light on the murky backwaters of the Washington, D.C., “swamp.” Of the 10 political practices and controversies evaluated in the poll of 2,200 Americans, the public’s top concern is politicians who don’t seem to have the courage of their convictions. It’s that issue that brings Democrats and Republicans together. 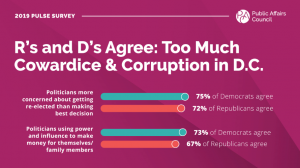 Fully 75% of Democrats and 72% of Republicans express that opinion, which is closely followed by their opposition to outright corruption. Seventy-three percent of Democrats and 67% of Republicans consider it a major problem that politicians use their power and influence to make money. Other top-tier concerns are excessive partisanship and elected officials spending too much time raising money for their next election.

The chief problem with politics might be the politicians, but Americans also say the news media isn’t making things better. Over the past 12 months, trust in the media has declined. More than 50% of participants say they don’t trust the political news as reported in major outlets.

There are also indications that they don’t put much stock in what one politician in particular says. The Washington reporters who follow President Donald Trump’s tweets seem to take them much more seriously than the public does. Only 15% of those surveyed even read Trump’s tweets very often, via Twitter or in news reports, and 63% say they rarely or never pay attention to them. That includes people who strongly approve of the president’s performance. 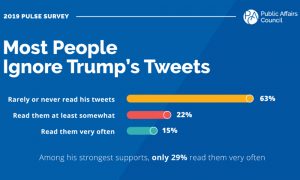 Only 29% of Americans who like the job Trump is doing read his tweets very often, which is up from 24% in 2018, when the Pulse survey was among the first to study the impact of his Twitter use.

Even so, only a small percentage of those who read his tweets, including supporters, say that their view of an individual or a company is affected by what the president says. In fact, for some Americans, Trump’s attacks backfire. They like a company more when he criticizes it, or less when he praises it.

Maybe it’s no surprise, in such a messy political environment, that Americans believe their country’s influence in the world is declining. In three key areas — economic policy, foreign policy and the promotion of our values — respondents say U.S. global influence is waning. Thirty-eight percent say the federal government still exercises a great deal of economic influence in the world, but 35% say that influence is going down. Only 27% believe it is increasing.

Trump supporters, as might be expected, tend to view the situation more favorably than his opponents. Similar percentages apply to our foreign policy and to our ability to spread our commitment to freedom and democracy. 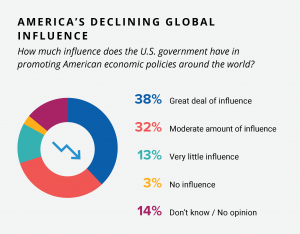 Despite the White House’s efforts to loosen regulations on U.S. businesses, a higher percentage of Americans (46%) say the Trump administration’s actions have hurt American companies more than helped them (31%).

Money might be the mother’s milk of politics, but a lot of Americans now seem to think that milk has curdled. Sixty-two percent of survey participants said politicians spend too much time raising money to get re-elected and 52% are concerned about the power and influence of super PACs.

But one of the least worrisome factors rated by participants — trailing nine others — was the use of PACs by companies, unions and nonprofits to support candidates. Only 39% consider PACs a “major problem.”

While lobbying in general is often controversial, says the executive summary of the report, companies that articulate why they are lobbying meet the public’s approval — especially if their goal is to protect jobs (62%), create a level playing field with competitors (54%) or support social causes (53%). Only small percentages of respondents said these forms of advocacy were not acceptable.

Although Americans express doubts about the conduct and values of elected officials, they continue to believe that government regulation of business is needed to protect the public. By five percentage points, more Americans think regulation does more good than harm, rather than the reverse.

“Most Americans are cynical about Washington — and for good reason,” said Public Affairs Council President Doug Pinkham. “We who work here need to understand those feelings and do what we can to restore public trust. In the meantime, it doesn’t help that many politicians are viewed as self-serving, overly partisan or even corrupt.”

More detailed findings from the 2019 Public Affairs Pulse Survey can be found here.