Brexit Outcomes: Deal or No Deal? 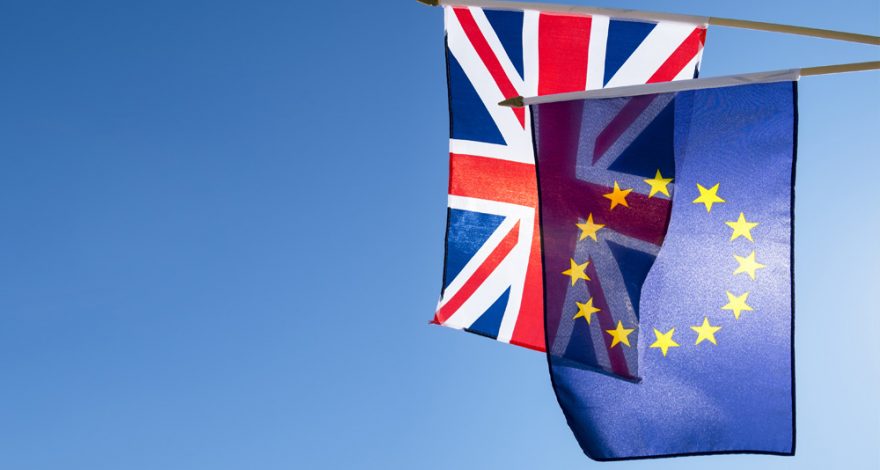 Events in Great Britain over the past week (days and even hours, actually) reveal this, at the very least: The people with the hardest jobs in the world are London odds-makers.

October 31 is coming on fast, and that’s the date on which — absent some unforeseen development—the United Kingdom leaves the European Union.

Or doesn’t. While Prime Minister Boris Johnson has insisted Brexit goes forward “do or die,” and even got the Queen to agree to suspend Parliament in an effort to hobble his challengers, he has already lost his majority.

One challenge to establishing odds on possible outcomes is that nobody knows how many outcomes there might be. By September 9, there was even talk — which some are taking seriously — of Johnson simply refusing to follow the law requiring him to ask the EU for an extension, go to jail and become a “martyr” for the cause. He could also volunteer to step down — as a Byzantine way of keeping his job.

Those are only a few of the possibilities or (to sustain the racetrack metaphor) so many entrants in this high-stakes race. That means only so many possible winners and losers.

But when it comes to Brexit and all the machinations going on behind the scenes to prevent it, even savvy political pundits admit that they are flummoxed by what former U.S. Secretary of Defense Donald Rumsfeld famously identified as the possibilities that make certainty about anything more or less ridiculous. There are known knowns, of course. But there are also known unknowns and, most vexing of all, unknown unknowns.

With those caveats, Impact has assembled its own panel of experts, and here’s what they think could happen. By the time you read this, of course, things could change.

1. No-deal Brexit. Although a majority of members have opposed leaving the EU without an agreement with Brussels, barring some action by either Parliament or the EU by Oct. 31 — the deadline set by the European Council — the UK leaves. A major sticking point is the so-called Irish backstop involving the border between Northern Ireland, which is scheduled to leave the EU, and the independent Republic of Ireland, which will remain. “The Irish backstop is unacceptable to the Johnson government, but dropping the backstop is non-negotiable to the EU,” says Charles Borden, a partner with the law firm of Holland & Knight in Washington. “The EU is highly unlikely to agree to any withdrawal that fails to preserve the open border.” For what it’s worth, during his campaign for office, Johnson assured voters that the odds for a no-deal Brexit were “a million to one.”

2. An extension through legislative action. Parliament has passed a law requiring him to seek an extension, which raises the possibility of his defying it—and that of ending up going to prison. But the UK’s unwritten constitution makes it difficult to predict how any of this plays out, especially since Parliament is now suspended until October 14.

According to Marcel Halma, Nouryon’s global director of public affairs and government relations in Amsterdam: “There are many procedural options still open, on both sides. In these kinds of political stalemates, it requires good political skills to find a reasonable alternative, or face-saving, if you wish. But I know as a former diplomat, having participated in European Councils, these only come about at the very last minute, and so far, every vote in the House of Commons makes clear that they want to avoid a no-deal Brexit.” (As for any last-minute agreements, see option 5 below.) [Odds 5-1]

3. No confidence. Anti-Brexit forces in Parliament —where Johnson has lost his majority— seek a vote of no-confidence in Johnson’s government. The Labour Party’s Jeremy Corbyn announced in mid-August that he will begin consideration of a vote of no confidence “at the earliest opportunity” and seek to form a “strictly time-limited” caretaker government. That vote could happen after the suspension of Parliament ends on October 14. [Odds 4-1]

4. Another election is held, once a no-confidence vote wins. Bringing down Johnson’s government wouldn’t necessarily stop a no-deal Brexit. But it “could trigger a series of events that leads to him requesting a Brexit extension,” CNN reports — although he has repeatedly said he won’t.

“Both [3 and 4] are problematic because there has been a lot of posturing about who the next prime minister would be, replacing Johnson, but unless there is agreement on the next PM — and there is none — another election could cause more problems than it solves,” says Chris White, managing director of public affairs at Newington Communications in London. “Anti-Brexit Tories dislike Corbyn more than they oppose Brexit, and support for or opposition to Brexit actually crosses party lines. A handful of Labour MPs could cross party lines to support Brexit, and Conservative MPs who voted against the Johnson government would lose the party’s support, possibly ending their careers. It’s unlikely that another election would take place before Oct. 31, so Brexit would go forward anyway.”

Johnson’s own nature adds to the unpredictability — if not volatility — of the situation. “Boris Johnson is going to look out for Boris Johnson, and the current economic situation doesn’t look particularly good for his political future,” according to Nick DeSarno, the Council’s director of digital and policy communications, now based in London

“This is one of those situations where there are possibilities that no one has thought of yet,” says Alan Hardacre, head of group corporate affairs at Imperial Brands in Brussels and editor of the book How the EU Institutions Work and … How to Work with the EU Institutions. “It has been this way from the beginning with Brexit, so there could be an option that defies the expectations and odds. There has been a consistent inability to predict how this would play out from the very start. So you have to keep open the likelihood that there are options we simply don’t know about yet.” The odds of this happening have, of course, shot up in recent days, [Odds 4-1]

Unfortunately, coverage of Brexit hasn’t made any of this clearer. Much will change if the UK exits the EU, but a great deal won’t. “In my view, the media is not presenting which international global agreements will remain in force,” says Monika Agocs, group corporate affairs director at Asahi Europe Ltd. in London. “These treaties cannot be discontinued just because of a no-deal Brexit.”

Andras Baneth, managing director of the Council’s European office, offers this reminder: “From a business continuity and risk perspective, a negotiated exit makes much more sense for both the UK and the EU. However, given the political reality on both sides, especially the intransigence of the Johnson government, a no-deal scenario is more likely, which, even according to the government’s leaked Yellowhammer report, is likely to lead to social chaos, food and drug shortages, and probably lots of other unexpected consequences. At the same time, all major UK-based companies have had their legal and operational teams prepare for this to the best of their abilities.”

“If I were to bet,” Hardacre says, “I’d put my money across all the options and could still lose it all. I’d do so with zero confidence that I’d get a return on my money. You’d be safer betting it all on a penny stock.”

The smart money is on the strong likelihood that we’ll all be surprised.