Can Ex-Journalists Thrive in Public Affairs? 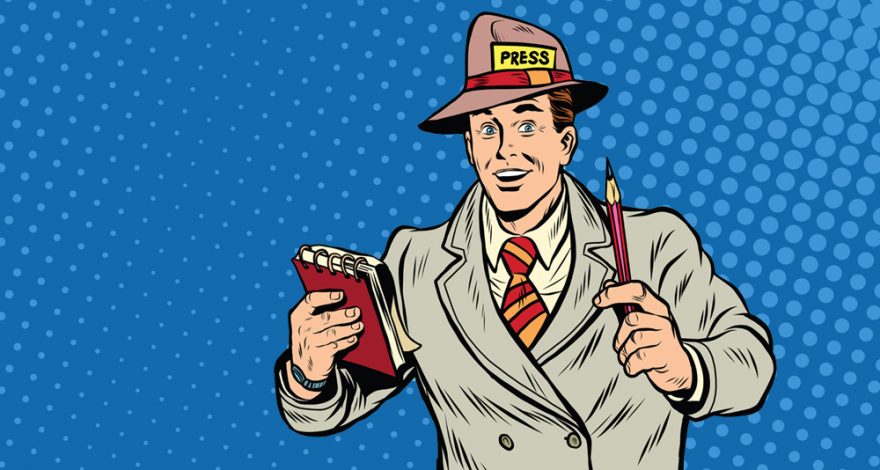 Can Ex-Journalists Thrive in Public Affairs?

When Michael Steel was pursuing his master’s degree at Columbia Journalism School, daydreaming that he might become the next George Will, his instructors shared what some students heard as very bad news.

Five years from now, the students were told, only 50% of them would have journalism jobs. That was in 2003. As newspapers and magazines continue to close their doors with alarming frequency, it’s fair to wonder what the percentage would be now.

Steel, as it turns out, has no complaints. After working for the Washington bureau of The Detroit News and then at National Journal, he became a congressional aide and served on the communications staffs of Jeb Bush’s presidential campaign and Paul Ryan’s vice presidential candidacy. In December 2018, Steel was made partner at Hamilton Place Strategies, a public affairs firm with offices in Washington, New York and San Francisco.

Things have worked out well for him, though he would offer different advice to young people seeking careers in journalism. “When I was coming up,” Steel says, “all the successful Washington reporters I knew told me the same thing: Go to a smaller regional newspaper, learn your craft and then you can come back to Washington. These were all well-meaning people. They were speaking from their own experience, and they were all 100% wrong.”

The career of every Washington-based reporter, editor and pundit Steel has known since he came to Washington “has been totally Washington-centric,” he says. “The idea of doing an apprenticeship on a small paper and then coming to Washington is obsolete. The business has changed completely since I was in J-school — and that doesn’t even address the effect of cable news on the practice of journalism.”

The advice Steel would give young and ambitious people interested in journalism careers is this: “Working as a reporter — and going to J-school to learn how to be a reporter — is excellent preparation for a career in public affairs. That has certainly been my experience, and I know it has been the experience of a lot of other people in this profession. Journalism teaches you the ability to gather information, weigh the credibility of that information, and write clearly and concisely under a deadline.

“That is a universally applicable skill set, especially so if you are in communications or acting as a spokesperson dealing with reporters. I’m surprised people who don’t know how newsrooms operate and the rhythms and pressures facing reporters can do this job at all.”

Maureen Kline, vice president, public affairs and sustainability at Pirelli Tire North America, has had a similar experience. After working as a foreign correspondent for The Wall Street Journal and Businessweek, she, too, entered the public affairs profession and finds the skills she learned as a reporter to be indispensable.

“There are times when most of what I do working as a member of a trade association is sift through information and establish priorities based on that information,” Kline says. “The ability to examine the details but remain aware of the big picture — and then home in on a key issue — is crucial to this business. So is the ability, when there’s a problem to be solved, to know the right questions to ask. That, too, is something you learn as a reporter.”

Learning skills that make possible a smooth transition from journalism to public affairs is especially important, given the current state of print newspapers and magazines. The Pew Research Center reports that U.S. newsroom employment — in newspapers, radio, broadcast television and cable — dropped 25% between 2008 and 2018, with the number of jobs plummeting from 114,000 to 86,000.

Journalism schools, by one account, are responding “by a cynical kind of repackaging. They’ve decided to sell the tumult as an exciting opportunity,” suggesting that “students should simply expand their idea of what journalism is. Professors suggest maybe journalism is starting a tech company, or, say, doing public relations.”

But Ken Paulson, a former editor-in-chief of USA Today, says this shift on the part of journalism schools “is not cynical at all, and it’s not particularly new, either.” Paulson, dean of the College of Media and Entertainment at Middle Tennessee State University and president of the Freedom Forum Institute’s First Amendment Center, and who has an undergraduate degree in journalism, says that in the late 1970s, when he began his career, “there was so much competition for reporting jobs that I went to law school to become a better reporter.”

Just as professors of journalism tell their students that the skills they learn as reporters will prepare them for careers in fields other than journalism, as conventionally understood, law school professors offer comparable advice.

“Law schools are now turning out more lawyers than there are jobs to fill,” Paulson says, “so law professors tell their students that law school is a great preparation for any number of other careers — and they’re right. There are a lot of unhappy lawyers out there, and when you think about it, what you learn in journalism school and law school are similar. You learn to gather information from both sides and then analyze that information. The journalist tries to present both sides of a story, while the lawyer presents one side of the story to a judge or jury.”

Paulson says he is routinely asked by the parents of students in his college courses if there will be a job for their child. “I tell them that the business model is changing,” he says. “Instead of people just reading their newspaper, there are now devices they are on 18 hours a day, and there has never been more demand for content. Every company today has a public face and a social media presence, and that hasn’t always been the case. If you can write, edit and record audio and video, your résumé will stand out, whatever job you’re applying for.”

The definition of “what journalism is” really is expanding. It has almost become a cliché that all business organizations need to think of themselves as “media companies,” but there is a good deal of truth in it.

“Businesses today communicate directly with their target audiences, using a variety of means to do that,” says Jon Newman, co-founder of the Hodges Partnership. “Because there is less trust in traditional media, the public has become less discriminating about where they get their information and where they get good stories. People are less concerned about whether the source is The New York Times or somebody’s website.”

So-called brand journalism, defined in a useful way, is more important than ever. “As we understand brand journalism, it is rooted in the belief that an organization needs to promote its brand before it sells its product,” Newman says. “That’s why Marriott has Marriott Bonvoy Traveler, an online lifestyle magazine. They’re not selling hotel rooms, though there are links. They’re informing people about travel.”

Marriott Bonvoy Traveler positions the company as “a champion of travel,” as Newman puts it, producing valuable content for the reader. But it also serves the company’s larger public affairs interests.

Steel, who spoke at the Council’s State and Local Government Relations Conference in late September, recalls how he and a lot of other ambitious young people wanted to be reporters because “we wanted to change the world through journalism. But with traditional print newspapers a shadow of what they once were, and radio and TV both declining in influence, maybe the message of anyone wanting to have an impact on the world around them is that there are other ways to ‘change the world’ — ways that are every bit as exciting and meaningful.”