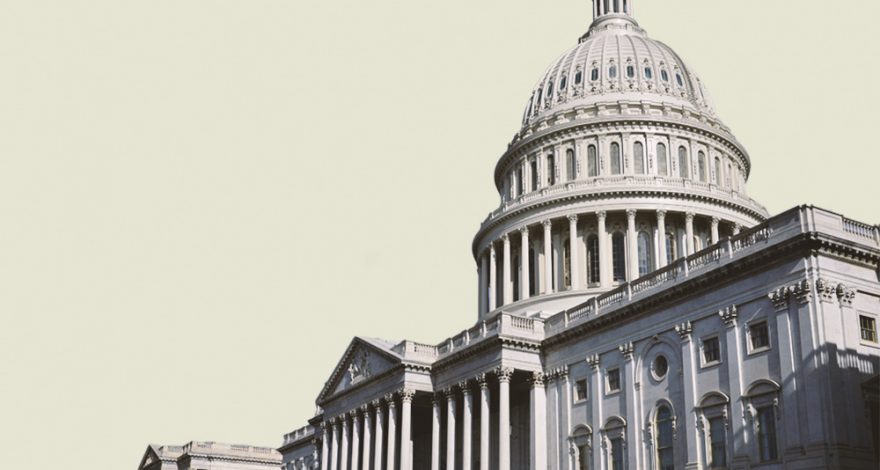 It sounds so noble, doesn’t it, challenging a sitting member of Congress and telling the voters you won’t take money from corporate PACs and, in that way, will remain pure and uncorrupted by business interests?

Once you’re elected, you won’t become part of the system. The principles on which you ran will endure, and you will be free to fight for the people who elected you and not do the bidding of the “special interests.”

It is a persuasive argument, too — appealing to the voters and virtually cost-free to the candidates who make it. In the 2018 congressional elections, at least 185 Democrats, led by Alexandria Ocasio-Cortez, pledged to accept no campaign contributions from corporate PACs. Barack Obama in 2008 was the first to popularize the pledge, and Bernie Sanders followed suit when he ran for the Democratic presidential nomination in 2016.

It’s a politically powerful stance to take but also, it turns out, may be a virtually hollow gesture. It is almost wholly symbolic, as a former New York congressman and former chair of the Democratic Congressional Campaign Committee all but concedes. “There’s an intuitive sense in voters that most of the dysfunction in Washington is a result of a broken system,” Steve Israel told The Atlantic. “I think it’s essential for Democrats to tap into that intuition, and one way is to boldly proclaim you’re not going to accept those corporate funds.”

Calling the claim “intuitive” is one way of saying there isn’t much substance to it, though you’d not know it from the way ostensibly informed observers talk. Even Roll Call refers to “the growing toxicity of corporate campaign money.” Saying candidates need to capitalize on that “intuition” also suggests how vacuous the notion is.

Public Affairs Council President Doug Pinkham notes, “There’s a lot to exploit here, because there is so much confusion about how campaigns are financed these days — a confusion spread and exploited by the same people who are taking the pledge and should know better. It’s disingenuous, if not hypocritical.”

“Several of the Democrats in the House and Senate who have taken the pledge say they won’t take corporate PAC money, but they will take money from corporate executives and from labor PACs,” says Marc Scarduffa, former Council chair and vice president of government relations and public affairs with Pfizer. Furthermore, some — like Rep. Phil Roe — who won’t take corporate PAC money for their reelection campaigns will in fact accept it for their leadership PACs they then use to contribute to other candidates.

The pledge has what Scarduffa calls “sex appeal with some voters,” but it is also pretty much meaningless in terms of how these candidates raise their campaign funds. And it sounds cynical on their part to affect these high-minded sentiments. “Several senators in 2018 took corporate PAC money for their reelection prior to taking the pledge,” he says. “They never returned the corporate PAC money they accepted prior to taking the pledge and actually spent it on their 2018 Senate races.”

They took the money, that is, when they were incumbents. Incumbents, generally speaking, are the beneficiaries of corporate PAC giving. In her career, House Speaker Nancy Pelosi, who was first elected to Congress in 1993, has received more than 40 percent of her funds from PACs of one kind or another. Non-incumbents receive very few corporate PAC dollars, so saying you won’t accept them doesn’t require much sacrifice. Challengers can still raise pots of money without it, without seeming to soil their hands.

Challenger Beto O’Rourke, for example, raised in excess of $23 million — much more than incumbent Sen. Ted Cruz — without accepting corporate PAC money. In the 2014 midterm election, 1.5 million small donors contributed $335 million to Democratic campaigns through one online platform alone, called ActBlue. By August 2018, The New York Times reports, about 3.8 million small donors had already contributed more than $1 billion and were “on a pace to exceed $1.5 billion before Election Day.” Since 2004, ActBlue has raised more than $3.2 billion online.

The confusion fueling the anti-corporate PAC crusade is so deep as to defy attempts to clear it up. “What people don’t often understand is that corporate PACs are not funded by corporate money,” says Kristin Brackemyre, the Council’s senior manager, PAC and advocacy practice. “It is illegal for corporations to contribute general treasury funds to candidates, which is why corporate PACs were created as a transparent, legal and highly regulated vehicle to do so. They rely on voluntary contributions from employees, who can become members if they want but are in no way required to join the PAC.”

“These limits were established in 1974 and have been relatively unchanged since then, despite all the other changes in how money is raised and spent that have occurred,” Brackemyre says. “The narrative that corporate PACs are an avenue for a corporation to direct millions of dollars to candidates for federal office is simply not true. Corporate PACs are also more highly regulated and more transparent than super PACs and political nonprofits engaged in uncoordinated outside spending.”

Pinkham says it’s ironic that the transparency requirements for PAC donations — which were put in place to ensure compliance and accountability — have made it easier for reporters and activists to cast aspersions on PACs rather than more potentially insidious forms of political contributions. “As the old saying goes, no good deed goes unpunished,”

“What Americans are likely frustrated by,” Brackemyre says, “is the rise in spending among super PACs, 501(c)(4) organizations and independent expenditure committees that because of the Citizens United decision can spend unlimited sums of money supporting or opposing candidates and in many cases do not have to disclose their sources.”

Super PACs “are largely funded by independently wealthy individuals and other nonprofit organizations who can give unlimited contributions to these groups — not individuals subject to a $5,000 annual contribution limit the way corporate PACs are,” says Brackemyre. “Many of the very same candidates who took the ‘no corporate PAC money’ pledge relied upon large amounts of outside spending to help them win their elections.”

So don’t expect meaningful reform of the system from the new Congress. HR 1, the  anti-corruption bill introduced by House Democrats, calls for public financing of elections. It has no chance of passage in the Senate and is also largely symbolic. It would outlaw coordination between campaigns and super PACs, for example, but that is illegal already.

The proposal also suffers from the fact that the public isn’t exactly crazy about the idea of public financing. The 2018 Public Affairs Pulse survey conducted by Morning Consult showed that while a majority of Americans approve of PACs, only 29 percent approve of using federal tax dollars to finance elections.

“There is no question that the laws governing our campaign finance system are antiquated,” says Geoff Ziebart, executive director of the National Association of Business Political Action Committees (NABPAC). “In 2016 and 2018, we saw candidates of all levels of experience reap the benefits of online fundraising and of outside groups like ActBlue, and we want candidates to be able to run modern campaigns.”

Corporate PAC contributions “have not been raised since the mid-’70s, and a wealthy married couple can now give more to a campaign than can a PAC that represents hundreds of individuals, and we don’t think that’s fair,” Ziebart says. “Because corporate PACs are the most transparent part of our campaign finance system, we don’t think we are the problem. We are part of the solution.”

Ziebart says NABPAC members want more money to go directly to candidates and to the political parties, in part to counterbalance the money contributed by super PACs and individual donors. “One thing we’ve learned in the 2016 and 2018 campaigns is that with the online fundraising, the more extreme your message is, the more money you can raise.”

This escalation in rhetoric causes a problem for successful candidates after they take office. “When one of those successful candidates runs for re-election, they are going to have to be even more extreme than they were, just to be heard above the other voices,” Ziebart says. “This isn’t good for the system — or for America. When that is the case, we see corporate PACs as voices of moderation. They soften the extremes when masses of individual contributions and outside groups tend to exaggerate them.”

Brackemyre adds, “What’s ironic is that the Citizens United decision allowed companies to begin contributing general treasury monies to fund independent expenditures and super PACs, but that practice has largely been rejected by corporate America. Instead, companies have chosen to continue utilizing their transparent and regulated political action committees. Now they find themselves a convenient target because of it.”