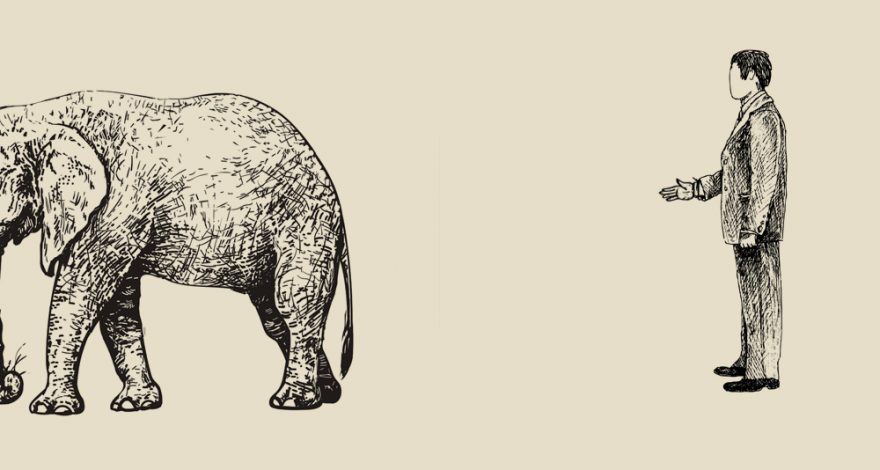 As he spoke to a Public Affairs Council meeting in 2010, Virginia Sen. Mark Warner slowly extended his arms behind his back. “What you folks working for corporations need to worry about is when the Tea Party comes around back and meets up with the Huffington Post,” he said, clasping his hands together, “and they both oppose big business.”

Warner wasn’t talking specifically about the Tea Party (which has since disappeared) or the Huffington Post (which has since been sold three times). He was suggesting that fringes from the two major political parties might someday find a common enemy.

It turns out he was right.

Eleven years later, only 47% of Americans trust corporations to behave ethically, and most of the skepticism comes from the far right and the far left, according to the Council’s 2021 Public Affairs Pulse survey report. If you think that’s bad, corporate CEOs fare much worse than the companies they manage. Only 7% of U.S. adults believe CEOs have high honesty and ethical standards, compared with 45% who think their standards are low. The poll of 2,200 adults was conducted in September by Morning Consult.

And yet, despite the temptation to cast corporations as convenient villains, we shouldn’t use trust as the only metric that matters. That’s because trust doesn’t provide a complete picture of the relationship that business has with the public.

Historically, Americans have liked big companies more than they have trusted them. In 2021, reports the Pulse survey, 53% of the public has a favorable opinion of major companies and only 36% has an unfavorable opinion. Why? People enjoy the products they buy, the services they receive, and the jobs provided by corporations.

This means many Americans will put up with actions or views they don’t agree with from the business community — political or otherwise — if the products-services-jobs side of the equation is positive. This is why attitudes toward business worsen during a recession, when jobs are lost.

But now this informal covenant is changing in surprising and interesting ways. Three simultaneous trends are transforming the relationship between business, the public and America’s two major political parties.

First, many companies are supporting campaigns to achieve racial justice, protect LGBTQ+ rights, maintain free and fair elections, reform immigration laws, address climate change and resolve other societal problems. These corporate commitments are not likely to fade. Another 2021 Public Affairs Council survey, Taking a Stand: How Corporations Engage on Social Issues, shows that 96% of government affairs executives believe pressure to engage in social causes will increase in the next three years.

Where is this pressure coming from? It’s coming from stakeholders — but not just any stakeholders. The survey reveals the two most influential groups for corporate engagement are regular employees and senior management. Business pledges to help are clearly not the result of pressure from politicians, activists or the news media.

Needless to say, the social issues mentioned above have traditionally been causes trumpeted by the Democratic Party, not by the GOP.

The second trend is that Republicans are increasingly opposing many policies favored by business. As columnist Catherine Rampell noted recently in The Washington Post, “Republicans have long assumed that tax cuts alone would guarantee the undying loyalty of businesses large and small. But companies care about other things, too.” These include attracting and retaining employees, keeping customers happy, maintaining stable political and economic environments, engaging in trade and, of course, getting the COVID-19 pandemic under control.

Rampell argued that Republican leaders have destabilized business conditions in multiple ways by undermining confidence in vaccines and opposing mandates, cutting legal immigration, starting trade wars, and creating regulatory uncertainty. “Given all this, it’s hard for GOP officials to continue calling themselves ‘pro-business’ or ‘pro-growth’ with a straight face. Maybe they don’t care. As their base becomes more populist and skeptical of ‘big business,’ Republican politicians have embraced that antipathy in their rhetoric.”

Instead of focusing constructively on economic growth, justice or public health, wrote Rampell, GOP officials are focusing on “cultural grievances” such as mask mandates and critical race theory. And as more and more prominent companies have embraced campaigns for social issues, leading Republicans have turned up the heat on corporations.

In recent months, a third trend has emerged that is upending the status quo. We’re seeing the first signs of Democratic voters becoming more pro-business than many Republicans, reports our 2021 Public Affairs Pulse survey. Here are the numbers:

Some of these views are related to each other. Republican objections to corporate efforts to combat racial injustice, oppose voting restrictions and promote the COVID-19 vaccine certainly contribute to their distrust of business political information. GOP anger about the decision by more than 100 corporate PACs to pause contributions to Republicans who refused to certify the 2020 election results likely make more of them dislike PACs.

As these issues and opinions swirl around Washington, let’s examine what opportunities they provide for business. Rampell and others have encouraged Democratic leaders to be more business-friendly so they can form effective alliances with corporations. Some of these alliances already exist, notably in favor of immigration reform.

But doing this on a large scale would require the Biden administration to meet the business community halfway. For instance, Biden’s executive order mandating vaccines by Jan. 4 for large companies applied the rule to firms having more than 100 employees. But, in some industries, the Small Business Administration defines “large” as companies with more than 500 or even 1,500 employees. By refusing to be flexible about this threshold and the implementation date, Biden lost the support of small-business groups worried about imposing a mandate during the holiday season.

According to Politico, more than three dozen lawsuits have been filed by states, businesses and other groups opposing the vaccine requirement. In November, a federal appeals court upheld a hold on the mandate.

Meanwhile, major companies — many of which already have vaccine mandates — have additional opportunities to position themselves as voices of reason. Of course corporations want high profits, but a lot of factors can boost business success, including a healthy labor market, access to education, a just society, a peaceful world and a clean environment. Advocacy on these issues speaks to the needs of most Americans, and especially the priorities of Democrats.

But what about major companies’ low trust score? Will anyone believe them? Perhaps the business community has more upside potential than it realizes. The Public Affairs Pulse survey shows that Americans trust political communication from businesses and associations more than from any source other than friends and families.

For corporate CEOs, being considered a “voice of reason” and a “force for good” should certainly sound more appealing than being cast as the convenient villain.