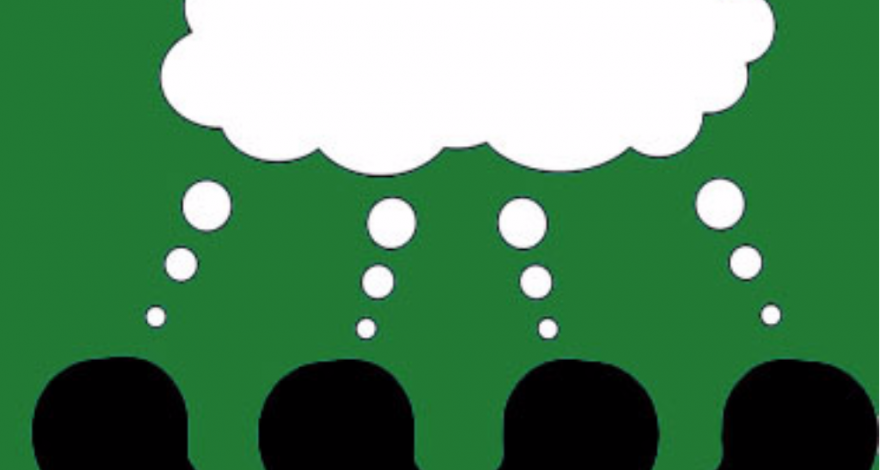 The September firing of the director of the think tank New America’s open markets program ignited a mini-firestorm of controversy, which stemmed from the fact that director Barry Lynn and the program he led argued for tougher antitrust laws.

According to a recent New York Times article, these positions were reportedly opposed by Google Chairman Eric Schmidt, a major New America funder. Schmidt is also a former chairman of the think tank’s board.

In dismissing Lynn, New America President and CEO Anne-Marie Slaughter was criticized for what some saw as “putting fundraising over impartiality.” Slaughter released a statement challenging this assertion, saying “At no point did Google or any funder try to influence the work of anybody here.” Nevertheless, the story was picked up by a host of media organizations, including The Economist, Washington Post and The Atlantic.

But New America is hardly the first major policy group to face such scrutiny. Think tanks, right, left and center, have been undergoing increasing scrutiny in recent months, and critics have not been kind. Think tanks are now routinely accused of allowing their scholarly work to be compromised by big donors, and even Slaughter herself has referred to the challenge of operating in the “pay-for-play environment of Washington policy development.”

According to critics, the bad actors in all this are the donors themselves, which raises important questions for the public affairs professionals who represent them. Their work won’t get any easier, certainly. To some extent, they will have to defend their own activities in an increasingly hostile environment — one in which “the ideas industry,” in Daniel Drezner’s term, exercises greater power.

By one account, cited at a May 2016 meeting of representatives of more than 60 such groups, 95 percent “of key media coverage and existing scholarly literature on U.S. think tanks presents these organizations negatively.” The meeting was convened, significantly, to discuss “assuring the quality, independence, and integrity of think tanks,” with participants pledging not to report who said what.

Think tanks got their start, it seems, in 1910, when Andrew Carnegie endowed the Carnegie Endowment for International Peace. Six years later, philanthropist Robert Brookings established the Institute for Government Research, which in time became the Brookings Institution. The founder wanted the organization to be “free from any political or pecuniary interest,” a point of pride in such outfits ever since. (The term “think tank” itself didn’t exist until the Kennedy Administration, which found Rand Corporation research helpful.)

John Judis, who has traced “the transformation of American think tanks” in the liberal New Republic, says it has been more or less downhill ever since. She claims the downward spiral accelerated mainly because “conservative Republicans and business groups” began bankrolling think tanks in the 1970s, subordinating scholarship to political goals.

A former visiting scholar at the Carnegie Endowment, Judis says that as think tanks “sought donors, the donors in turn demanded influence over the product they were financing,” corrupting the process. Some think tanks, including Brookings, “have received tens of millions of dollars from foreign governments in recent years while pushing United States government officials to adopt policies that often reflect the donors’ priorities.”

From the right, Christine Rosen in The Weekly Standard, is also troubled by the way think tanks operate today, echoing some of Judis’s criticisms. Too many of them function as little more than “comfortable way stations for White House officials when their party is out of power” and operating “more like brands than quasi-academic institutions.”

The Lure of ‘Big Money’

Too often, Rosen writes, “references to a scholar’s influence on the world of ideas have given way to metric and jargon and management-speak about ‘deliverables’ and ‘returns on investment’ and ‘synergy.’” Rosen too seems skeptical about whether think tanks will not “succumb to the lure of big money,” as Judis calls it.

This point of view might be true — and a genuine cause for concern — but public affairs executives who actually work regularly with think tanks say it misses the point. Think tanks cannot be compromised as easily as critics seem to believe.

“It’s wrong to think you can buy a lot of influence with an established, reputable think tank,” says Council President Doug Pinkham. “You might be able to affect research priorities, but you shouldn’t expect studies to be in total alignment with your views. First, other board members and supporters and the researchers themselves will have different opinions. And second, if there is a recurring pattern of too much donor influence, think tanks will lose their credibility. And credibility is what they value most.”

Experienced advocates know that political opponents and savvy media can tell when a controversial study is “bought and paid for,” adds Pinkham. “If your goal is to buttress your policy arguments, you’re better off supporting ongoing research that is already consistent with your views, and then using the data to find common cause with outside groups.”

It can also be effective to host events designed to explore all angles on a policy issue, he adds. “If you earn a reputation for bringing people together to find solutions to serious problem, you become a genuine thought leaders,” Pinkham says. “That will ensure you a place at the table as policy is developed and debated.”

“Think tanks have a core belief,” says Robert Popovian, vice president of government affairs for Pfizer, “They might be libertarian or progressive, or more middle of the road. They have an identity, and as a practical matter, a supporter or a representative of an outside organization he or she represents cannot influence or change that core belief.”

Popovian offers an example: “If I were to go, say, to a libertarian think tank like the Cato Institute, and say that I represent a pharmaceutical company, and we believe people should be mandated to get vaccinations, they aren’t going to listen to me, no matter how much support I would offer them. They wouldn’t take the funding. There has to be a match between the core belief and the organization that wants to support a think tank. If there isn’t a match, nothing’s going to happen.”

Critics also often fail to address, or even understand, the actual relationships between advocates and the scholars who work for think tanks. “A lot of what we do as subject matter experts within our industry is to share our expertise with the people at a think tank who are working on a given issue,” Popovian says. “Even an economist whose specialty is ‘health care’ cannot possibly understand the intricacies of all the issues a pharmaceutical company faces. We can help them understand the industry-specific issues at a micro level”

By the same token, an economist “who works on the regulations affecting the beverage industry can’t be expected to know the technical stuff that a microbrewer has to deal with, or the local political environment,” Popovian says. “That’s where we come in. We can help them understand these issues on a micro and specific level”

Also, the scholars at think tanks who solicit input from pharmaceutical companies, for example, will not limit their outreach to pharmaceutical companies alone. “They might talk to us, but they will also be talking to organizations that have very different views on an issue,” Popovian says. “They will be getting information from insurers, for example. They will solicit views from groups that disagree with us.”

Integrity works both ways, he says. Just as think tanks pride themselves on being objective — and bristle at suggestions that their work can be compromised — lobbyists strive to develop and maintain a reputation for being reliable and trustworthy.

“If you want to be credible and for think tanks to value you as a source, you really have to know your stuff,” Popovian says. “You can’t just offer talking points and hope that is good enough. After all, the other side will be providing specifics — detailed information about a subject the scholar is working on — and if you try to get by with superficial talking points, you will end up looking foolish. You will lose credibility.”

Updated on Dec. 21 to acknowledge that New America President and CEO Anne-Marie Slaughter challenged the assertion that the think tank was “putting fundraising over impartiality.”

Is This A Crisis of Trust or Trustworthiness?