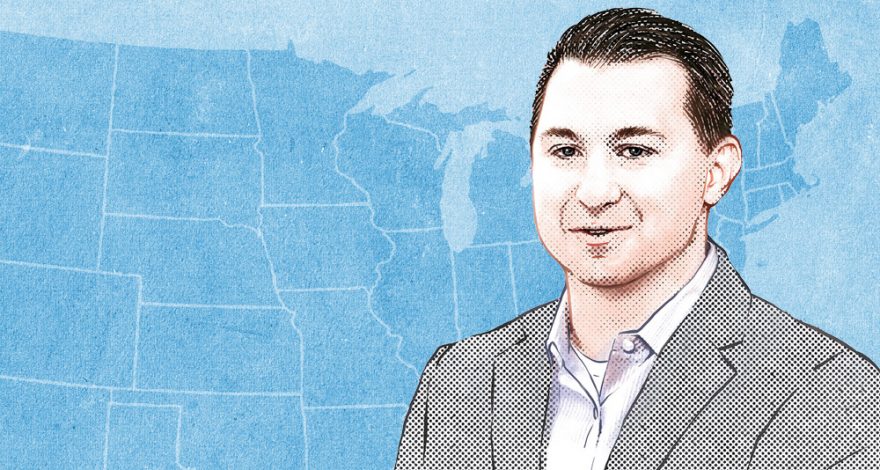 The dawn of a new year is an annual opportunity to make fleeting resolutions. But this January is a good time to revisit some reminders that will be helpful in successfully navigating the 2020 elections, if they can be remembered for nearly an entire year.

2020 is more than a presidential race.

Based on proportional media coverage, the presidential contest will be the biggest (and maybe only) race in the country. The saturation will be even more evident in a few weeks when Democratic primary voters head to the polls. But focusing solely on the race for the White House misses more than half of the story of 2020.

The legislative effectiveness and success of President Donald Trump in a second term or a new Democratic president depend on which party controls Congress. The Senate majority is in play. If Democrats win the White House, they need to gain just three seats for control of the Senate, and the battleground of competitive seats is in their favor. The House matters, too. Republicans are unlikely to win the majority in 2020, but the margin will lay the foundation for the next midterm elections, when control of the House will be determined for the final two years of a president’s term.

Down-ballot races are important as well, considering states can drive policy while Washington is gridlocked, and control of state government is important heading into the next round of redistricting. Eleven states are electing a governor this year, and state legislative contests are being held around the country. Seven states will elect a secretary of state, who will oversee the implementation of future elections and is often the caretaker of the voter rolls.

If you hear a colleague, potential PAC donor or family member complaining about their lack of choices in the presidential race, it’s easy to remind them that there is more at stake in 2020.

We don’t have national elections in this country.

While 2016 was a good reminder of the importance of focusing on the Electoral College in the presidential race, 2018 provided additional evidence that our elections are sets of individual races. Even though Democrats gained 40 House seats and the majority, Trump’s job approval rating was 9 points lower than his disapproval rating, and Democrats had an 8-point advantage on the national generic ballot, Republicans gained two Senate seats because a majority of the competitive Senate races took place in states favorable to the GOP. In 2020, focus on the state- and district-level polling, rather than the national numbers.

After the 2016 presidential election, there’s a temptation to dismiss polling altogether. I think that would be a mistake. Remember that national polls showed Hillary Clinton leading Trump by 3.3 percentage points, according to the RealClearPolitics (RCP) average, and she finished ahead of him by 2.1 percentage points in the national results. That’s pretty darn good polling. Of course those national polls measured a race that didn’t exist.

Polling certainly isn’t perfect, and it’s important to look at trends rather than making any firm projections on a singular poll. But I’m still a firm believer in the usefulness of polling when there’s enough of it and it’s analyzed correctly. Internally at Inside Elections, we try to look at as much data as possible — public and private, partisan and nonpartisan — when looking for trends and compiling our race ratings. This year, the call should be for more, quality polling in individual states and districts, rather than less.

“A failure of imagination” is how one Democratic strategist described to me Clinton’s 2016 loss in the aftermath of the election. When you’re unable to comprehend certain outcomes, then it’s nearly impossible to put together the data accordingly. In other words, if you can’t envision what the finished puzzle looks like, you’re never going to put together the pieces correctly. That’s why those of you who have heard me give a speech in the past three years will recall my saying I’ve “ruled out ruling things out” when it comes to projecting elections.

That doesn’t mean that because of Trump’s unexpected victory, everyone should throw up their hands and declare every race a toss-up. Some outcomes are still more likely than others, though the less likely result could still happen. It’s better to treat Trump’s victory as an exception to the long-recognized rules of election handicapping rather than the new rule.

For example, anyone reading Inside Elections or our friends at The Cook Political Report during the 2018 cycle should not have been surprised by the midterm results. And that analysis used roughly the same methodology and approach that were used in 2016, and for decades before that.

This election is not the end of the world.

Every election is dubbed “the most important election of our lifetime,” and the 2020 results will have consequences. But no matter the results, it won’t be the end of the world or a political party.

If Trump loses re-election, the media and Democrats will declare the end of the Republican Party. But in that scenario, if Democrats gain control of the levers of government in Washington, they will likely push a liberal legislative agenda that will create a backlash in the 2022 midterm elections and allow the GOP to come roaring back to relevance.

If Trump wins re-election, there will be a level of infighting within the Democratic Party unseen in at least a generation. But in spite of the civil war, Democrats are likely to make gains in a second consecutive midterm election in response to a polarizing president.

So if your party wins in 2020, enjoy it because it won’t last long. If your party loses, take a deep breath because you’ll be back soon. There is no permanence in politics.

Related article – Trump is the Flaw in Republicans’ Master Plan