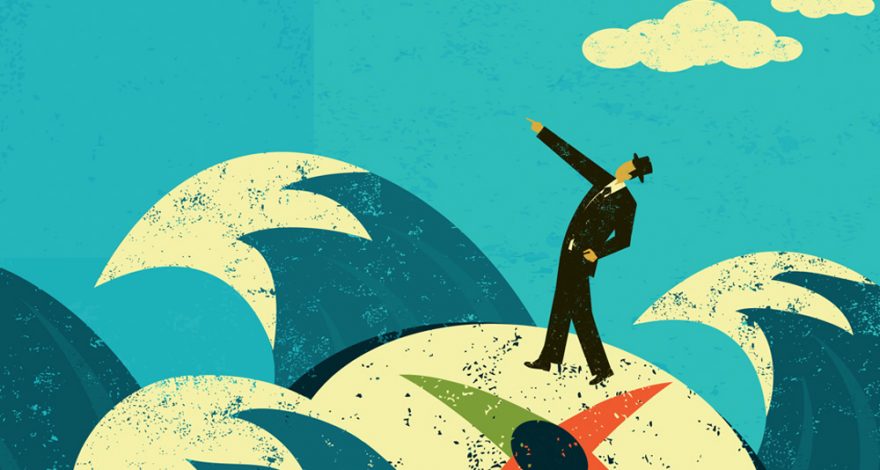 “Fake news” is not a strictly American development. Disturbing trends we sometimes assume to be confined to this country in fact bedevil other advanced industrial nations, too.

Trust in public institutions and the news media has been plunging not only in this country but throughout Western Europe as well. The resulting “crisis of confidence,” as two ministers of foreign affairs for the Netherlands and Slovakia have called it, poses serious challenges for companies doing business in Europe.

And the problem is not easily solved. “In society as a whole, there are low levels of understanding of and interest in complex issues,” James Schofield, vice president for external relations at Amsterdam-based Shell told more than 100 participants in the Council’s “Brussels Public Affairs Forum: True Lies and False Truths” on May 15. “Communications narratives, moreover, have an enormous power, even when they are factually incorrect.”

That being the case, companies hoping to thrive despite widespread mistrust must now adjust their own ways of communicating — and, in some cases, adjust their government affairs strategies. “Communications and government affairs are inextricably linked and their strategies should be coordinated in any organization that hopes to succeed in a low-trust world,” said Council President Doug Pinkham, who was a speaker at the Brussels Forum. “Trust and reputational risk are also interconnected. That’s why we considered it so important to convene this impressive group of senior public affairs professionals from corporations, associations and NGOs as well as representatives of the European Union itself.”

In a low-trust world, Pinkham said, “if your company is not considered trustworthy and what you say isn’t believed, then trying to advocate a policy won’t be very effective.”

To know how to communicate, public affairs professionals need to know how audiences receive and process information, which requires an up-to-date understanding of brain science itself — or at least a sophisticated layperson’s knowledge of recent developments in this complex field of study. They need a foundation in theory to undergird practice.

They need to know, for example, how intensely human emotions affect the way people perceive and address risks. Emotions are central to individuals’ identities and to their allegiance to the tribes to which they belong. “A person’s beliefs can become markers of their identity,” said risk expert Dan Gardner, the event’s keynote speaker.

The author of The Science of Fear, among other books, Gardner explained that fact-based arguments have their place in any discussion, but “to have an impact, you need to show how your arguments support, not negate, [a person’s] identity.” At a time of deep distrust, data and statistics are also important, but unless you tell a story, they are unlikely to persuade a skeptical public.

We might be educated moderns, Gardner said, but “our brains are still stone-age brains.” Our ancestors “did not have science or statistics at hand and had to rely on their experience and senses. Therefore, their decision-making was quick and intuitive, [which] enabled them to act immediately.” We are all still cavemen and -women in many ways.

Drawing on the work of Daniel Kahneman, the author of Thinking, Fast and Slow, Gardner said that effective communication relies on an appeal to experience and emotion, using “images, tangible language and metaphors. … We experience emotions all the time, but we are not aware of them,” or of their effect on our decision-making. This is especially the case when risk is involved.

“When you have a good feeling about something, however bad it is, you believe there is less risk in making that decision,” Gardner said. If you can make an audience visualize a good result from an action, the audience is less likely to feel the action entails risk. Ads for lotteries, for example, are often based on making people imagine themselves winning.

Gardner also said that humans as a rule do not make decisions as individuals, even if they assume that they do. “We need to live with others every day, and therefore we adapt to their views and decisions constantly,” he said. “Human beings are social creatures, and our top priority is living in groups.” We are “ultra-social,” relying on “communities of knowledge.”

When we identify with a group, Gardner said, “we will often take up many of the beliefs of this group without stopping to critically examine it. … To change people’s values, we need to understand what values are important to the audience we are with [and shape our narratives accordingly]. As communicators, we need to start addressing people as a whole, including their identity [as members of groups].”

The Message and the Messenger

Most of us think we trust science and technology, according to Howard Chase, chairman of the European Risk Forum and director of government affairs for Dow Chemical, but “we don’t really trust the people who are presenting information.”

Followers of cable TV news and commentary put their faith in the broadcasters who tell us one side of a story, replete with statistics, research reports and seemingly unbiased scholarly findings. But it is the personalities we trust, not the “facts” they are telling us. We accept their science, that is, because we trust the person presenting it to us.

And we are more likely to put credence in sensational claims than in more measured and nuanced reports. Peter Kreko, executive director of Political Capital and co-author of The Hungarian Far Right: Social Demand, Political Supply, and International Context, has studied conspiracy theories and why and how they circulate so quickly and find receptive audiences.

“Fake news spreads faster than the truth,” said Kreko, a Hungarian scholar who now teaches at Indiana University. “It makes a big impact on our emotions. Fake news targets our most important emotions such as hope, hatred and fear. These emotions make us highly receptive to fake news, which is easier to spread than refute. When we approach a new piece of information, we don’t assume it is a lie. The more we hear the information, the more we tend to believe it. Other reasons why we so easily believe [in wild claims] involve our cognitive laziness, our superficial way of processing information, and our biases and emotions. No one is immune from these reasons.”

Knowing how susceptible people are to outlandish claims and how difficult it can be to refute mis- or even disinformation should serve as a valuable reminder of an underappreciated reality. “Much of our best new thinking about risk comes from the field of communications rather than from public affairs,” the Council’s Pinkham said.

Nevertheless, “You cannot communicate your way out of a problem, or communicate your way through a risk,” Shell’s Schofield said. “You need to do something different at the level of performance and behaviors, and only then communicate.” Ben Franklin understood this, which is why he told us that “an ounce of prevention is worth a pound of cure.” According to James Kanter, founder and editor of EU Scream and former Brussels correspondent for the International Herald Tribune and The New York Times, “if we want to fight against disinformation, we have to focus on prevention.”

The Importance of Alliances

One way to bolster an organization’s credibility as a source of trustworthy information is to build alliances with others in your field and make your shared insights available to stakeholders — especially those in government and media. Johnson & Johnson, for example, “has formed alliances and partnerships that present a united front through All Policies for a Healthy Europe,” said Kunegonde Carpentier, Johnson & Johnson’s director of EU external affairs & alliance development. “This initiative, which is also sponsored by Microsoft, is designed to put health and well-being as a strategic priority on the political agenda of the next Commission and Parliament. The coalition of diverse stakeholders drive intersectoral collaboration, breaking down the silos and showing how very different policies can come together.”

Bleddyn Rees, deputy chair of the European Connected Health Alliance, said it is important to think in terms of ecosystems in which “several stakeholders involved in health care come together and solve problems that may affect one country but also be applicable to others.” Stakeholders in this ecosystem, for example, include (but are not limited to) “regulatory bodies, pharmacists, hospitals, housing, local authorities [and] universities for clinicians. But they should be open to any other stakeholders not traditionally invested in health care,” such as Formula One, with its work in wearables that protect drivers.

For those reasons, trade associations — which can address problems their sector as a whole might face — are more important than ever. “Trade associations are our tribe,” Dow’s Chase said. “Creating that sense of engagement and being together is key.” Collaborations with competitors “can be hard,” added Shell’s Schofield, “but by doing it, we are creating a new tribe. This can require a different mentality.”

Forming such alliances and organizing events in which experts representing different disciplines can share information with each other and with media and government “build trust in part because it is not self-seeking,” Pinkham noted. “These alliances and events seek influence in an authentic, transparent and public-spirited way. They also represent a way to communicate effectively in a low-trust environment.”

Related article – Winning Trust in an Era of Distrust