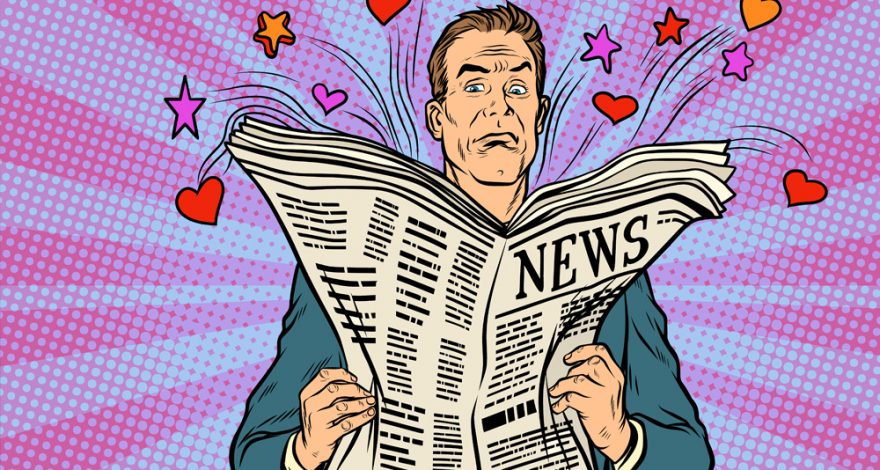 Angry people are more likely to be susceptible to misinformation, according to a study out of the psychology departments at Framingham State and Stony Brook universities. In a fiendishly clever experiment, participants were shown clips from a 1991 movie (Defending Your Life, starring Albert Brooks and Meryl Streep) and then put through a test about the movie administered by either a pleasant and professional supervisor or one who was “disorganized, dismissive, insulting, lost documents, provided only vague instructions, created unnecessary work, and interrupted” the test takers.

Participants who took the test administered by the pleasant and professional supervisor had a better memory of movie details than those who suffered under the abuse of the insulting one. Participants in the latter group, intentionally made to feel anger, were more likely to misremember the movie when inaccurate information about it was communicated to them.

Fighting through some of the specialized language of the study — it leans on “Mahalanobis distances to determine bivariate outliers” and “Fisher’s R to Z transformation to compare correlation coefficients” — the upshot of it all seems clear enough: When people are angry, they tend to believe things that aren’t true, even if these things contradict their own memories, provided that erroneous information is suggested to them. That’s because they become skeptical about the sources of such information.

Real-life takeaways? One is that grumpy voters are more likely to swallow fake news.

A second might be this: If people are already steamed about something your company did or didn’t do, their attitudes toward it can be more readily manipulated by its critics. People are more likely to believe the worst about the company, just because they’ve been fed a lot of falsehoods by those who want to damage it.