How Americans Deal with Disasters 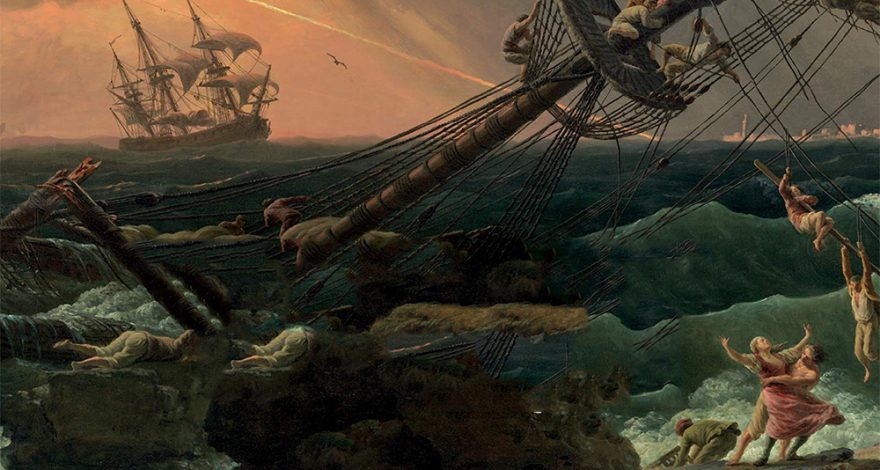 How Americans Deal with Disasters

Our collective response to earthquakes, hurricanes and other calamities has evolved over the centuries, writes Cynthia A. Kierner in Inventing Disaster: The Culture of Calamity from the Jamestown Colony to the Johnstown Flood.

A professor of history at George Mason University, Kierner finds that governmental involvement in providing relief is a relatively recent development, as is international cooperation in relief efforts. Her study sheds light on how governments, businesses and humanitarian organizations respond to natural disasters, prepare for their inevitability and attempt, when possible, to prevent their recurrence.

You begin with the Jamestown colony, which we don’t ordinarily associate with natural disasters.

Jamestown is my benchmark. The colony was an investment by the Virginia Co., a private corporation. Their interest was turning a profit, and when settlers began starving and dying to an alarming degree, the company’s response was to keep the bleak conditions at Jamestown unknown. They didn’t want to discourage investment, and when they did respond, it was just to send more settlers and hope they, too, didn’t die.

And they succeeded in the cover-up? 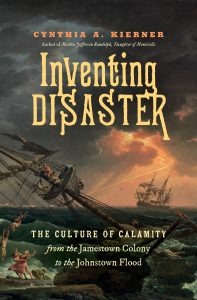 Yes, the first real exposé of how dire conditions were, by George Percy [who succeeded John Smith as the colony’s president], was written in the 1620s. That’s the one that talked about cannibalism at Jamestown. Efforts to suppress this information were effective enough that Percy’s account wasn’t published until 1925.

Our contemporary understanding of disaster relief didn’t come about for almost another century, right?

Yes, it emerged in the aftermath of the Lisbon earthquake of 1755, when some 40,000 people were killed. There followed an international outpouring of money and other forms of support, mainly from Great Britain — especially the rising merchant class but also from King George II and Parliament. That was in large part a result of the fact that Portugal and England were allies. In any case, it was also the first international relief effort in human history, and it was out of this effort that what I call Great Britain’s “culture of philanthropy and benevolence” emerged. And this culture of philanthropy and benevolence has influenced our own country’s understanding of disaster relief.

The American Revolution marked another turning point, too?

Yes, another 20 years later. Once the American Colonies were poised to achieve their independence, you saw a new appreciation on the part of the British that they should probably do more to help the king’s subjects in the colonies that remained. So in 1780, after hurricanes wrecked Barbados and Jamaica — still Crown colonies — they received unprecedented relief packages.

Another half-century or more later, during the heyday of the steamboats, the federal government responded to disasters on the rivers with legislation, right?

Steamboats were blowing up or sinking all the time. About 10 steamboats exploded every year between 1816 and 1848 alone. Everybody who was anybody — John Adams, Nathaniel Hawthorne, Harriet Beecher Stowe, Mark Twain — had a family member who died in a steamboat disaster. Judging from the newspapers of the time, the word “disaster” itself was routinely used in reference to steamboat accidents alone. When steamboats caught fire, everyone in a river town could see it. There was a public outcry and public meetings, and influential people made their voices heard. The steamboat safety acts of 1838 and 1852 followed. They were the first federal laws regulating private corporations. The need for such regulation was something even Daniel Webster and Andrew Jackson — who didn’t agree on much else — agreed was necessary.

The Johnstown Flood of 1889 marks another turning point?

That was the deadliest disaster in American history to that time. More than 2,000 people died. The Red Cross, which had been established by Clara Barton only a few years earlier, got involved. Private relief committees raised more than $4 million to help the survivors. That’s significant, but total losses were four times that. Congress wasn’t in session when the dam burst and the flood resulted, and by the time it reconvened, the Red Cross had stepped up and been very effective. It wasn’t until 1950 that Congress enacted national disaster legislation.

Speaking of government involvement, what do you make of reports that private companies are actually more effective in responding to disasters?

I understand that argument. The chef José Andrés’ book We Fed an Island, about how chefs fed thousands of Americans after Hurricane Maria devastated Puerto Rico in 2017, seems to support that observation. Private efforts and NGOs can be effective in these situations, and FEMA’s record often seems too little, too late and poorly organized. But I believe the government still has a role to play. Bureaucracy can be cumbersome, but it exists for a purpose. You have to have a chain of command and processes in place. Government is best in these situations operating on the macro level, while these private efforts might be more effective at the micro level. I think there might be a tendency to romanticize grassroots efforts. Nimbleness is important, but some things are beyond the scope of nimbleness.