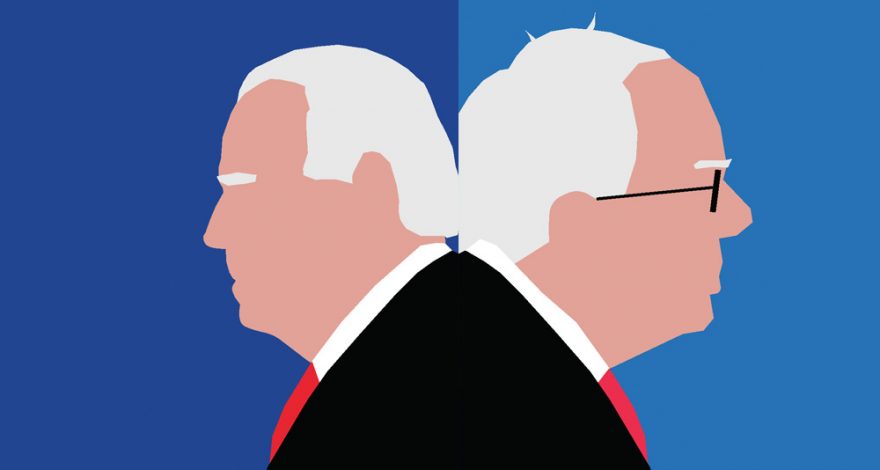 When Democrats voted in the Super Tuesday primaries on March 3, only 112 COVID-19 cases had been reported in the U.S. Less than two weeks later, when President Donald Trump declared a national state of emergency, coronavirus coverage monopolized news coverage.

During a period in which health concerns took precedence over almost everything else, you’d think that a presidential candidate running on a platform promising universal health care — especially one who had done well in the early contests — would benefit.

Not so, however. “Bernie Sanders did not merely fail to surge as the novel coronavirus came to dominate the headlines in 2020 — if anything his campaign faded,” as researchers from Princeton and Johns Hopkins universities put it. But why?

Excluding other factors, what effect did the pandemic have on American voters? They exhibited behavior that in financial circles is called a “flight to safety,” turning toward the more establishment candidate: Joe Biden.

And this isn’t just in general terms, or in the aggregate. No, the researchers compared counties with and without COVID-19 cases covered in the local news media, before and after the outbreak. Their finding? “COVID-19 anxiety resulted in diminished support for Sanders as compared to his support in the 2016 election.”

The results “contribute empirical evidence to an as-yet underappreciated preference for ‘safe’ candidates in times of social anxiety.” And the effect is “far from trivial.” Coronavirus exposure in a local media market can tamp down the vote shares for the more extreme candidate by as many as 7 percentage points.