How House Speakers Succeed — or Fail 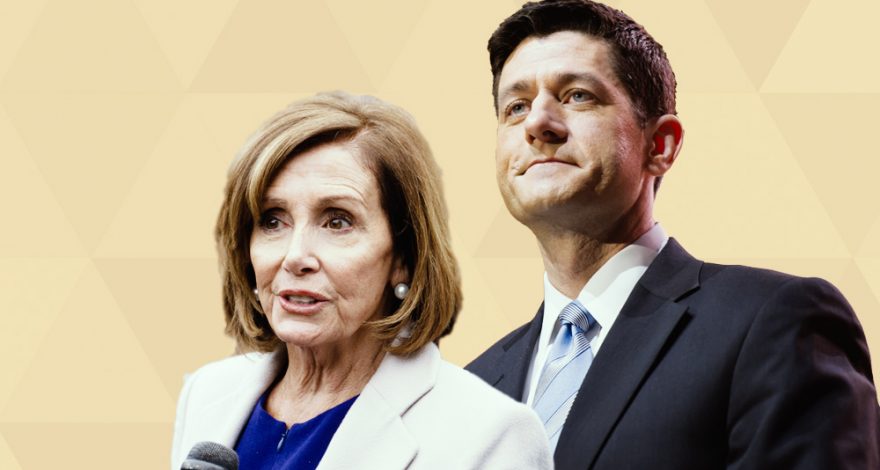 How House Speakers Succeed — or Fail

What makes for a successful speaker of the House or congressional party leader? How do some of these leaders work effectively with other lawmakers while others fail?

In the first major study of how the members of the House choose their leaders in half a century, political scientists Matthew N. Green of Catholic University and Douglas B. Harris of Loyola University Maryland find that the polarized nature of American public life these days poses special challenges. In Choosing the Leader: Leadership Elections in the U.S. House of Representatives, the authors find that a confrontational style rarely works.

Congressional leaders seem to be having a good deal of difficulty with the more ideological members of their parties. If true, is this a recent development?

There’s some truth to it, yes, but differences over legislation and policy are only one source of this strife. Sometimes, leaders and the members of their party also disagree about strategy and tactics. But in recent years, thanks to social media, some of these divisions have become more public. Despite what you might hear, the parties are still pretty diverse groups. The question for a leader is how they manage these divisions — how they build consensus and lessen the extent to which the disputes become public. And those who don’t manage them well don’t succeed. 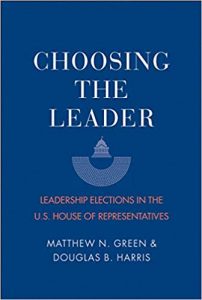 Boehner simply refused to work with the more conservative members of the Republican Party and even tried to use punishment to create party unity. But our research shows that doesn’t work. It backfires, and Boehner’s case is further evidence of that. If he had been more conciliatory, the Freedom Caucus might never have come into being — and he might not have resigned.

How about Nancy Pelosi?

Pelosi is better at this than Boehner was, though she will publicly admonish rebels in her own party and belittle them publicly. But she doesn’t exclude them the way he did. Pelosi seems to know how to adjust to these divisions in her party, but Boehner didn’t.

How about Newt Gingrich back in the 1990s?

As speaker, Gingrich didn’t handle intraparty opposition well either. He used threats. He also tried to use his oratorical skills to persuade people, but with about the same outcome. Paul Ryan did a better job than Gingrich or Boehner, but he always had a trump card, saying that he didn’t even want the job — and that nobody else seemed to want it, either. And whether or not this was posturing, people still took the threat seriously enough that he could function effectively as speaker.

Your research indicates, as you say, that trying to punish recalcitrant members of your party just doesn’t work, at least not in the modern era.

It’s true, and that means that what we call the “Johnson myth” needed to be revisited. This is the idea that as Senate majority leader (and even as president), Lyndon Johnson got results because he would threaten and cajole and punish Democratic lawmakers to achieve unity. But it invariably backfires. And that’s especially true now, when social media makes it so easy for party rebels — like Alexandra Ocasio-Cortez — to develop their own audience and be rewarded by their constituents precisely because they are rebels against the leadership.

Harry Reid as Senate majority leader was hardly a dynamic and charismatic figure, but he seemed to be very well regarded by other Senate Democrats.

Reid was very good at creating what [House Majority Leader] Steny Hoyer called “a culture of consensus” where people want to work together and come to an agreement. He could get everyone from Barbara Boxer to Joe Manchin to vote together.

We seem to assume that the speaker of the House is a member of the majority party in the House, but there’s nothing in the Constitution to that effect, is there?

All the Constitution says is that the members of Congress “shall choose their Speaker and other Officers.” It doesn’t say it has to be a member of any party, or even that the speaker has to be a member of Congress. On the first day Congress meets, everyone casts a ballot, and there’s nothing stopping a member from voting for a candidate from the other party. There were some efforts in the decade or so leading up to the Civil War to have a speaker who was an independent, but nothing much came of it, and nothing along those lines has happened since.

Justin Amash, a Republican with Libertarian leanings, became an independent in July 2019. He argues that the parties are now obsolete and actually an impediment to an effective Congress. He says voters don’t need the parties to educate them about candidates, because all the information they need is at their fingertips. What do you think of that argument?

In terms of campaigning and elections, he has a point. The parties used to be the main source of information voters had about candidates and their policy positions. But as a practical matter, a member of Congress who is not a member of one of the two major parties will have a hard time getting anything accomplished. The parties have a kind of duopoly on floor actions and other congressional business. Because Bernie Sanders caucuses with the Democrats, they have agreed to give him committee assignments, even though he officially calls himself an independent. Now that he is an Independent, Amash is going to have a much harder time of it than he did as a Republican.

But the parties are not as strong today as they once were, right? If the GOP leadership was as strong as it used to be, Donald Trump — whom the leaders opposed — would never have won the presidential nomination.

That’s true, and it has a lot to do with super PACs where wealthy individuals can influence a campaign. But the parties are not so weak that a member of Congress can go it alone and expect to accomplish much.

As for the role of money in campaigns, members of Congress who seek leadership positions usually raise money for other members, right?

Yes, one of the first things they do when they want one of those positions is to form a leadership PAC and raise money for other members in their party. And while our research shows a correlation with members’ votes, it isn’t always the case. Contributions are limited to $5,000, so that isn’t much in the larger scheme of things. But these contributions do signal to incumbents that the candidate for a leadership post wants to help them get reelected — that he or she cares about them.

Do outsiders ever influence these races for leadership positions?

There’s no evidence so far that they do. So we just don’t know. In fact, lawmakers might resent it if they are told who they are supposed to vote for in these races. But it’s not impossible that super PACs, which have a lot of money to help candidates, might get into this. But that is in the future, not now.