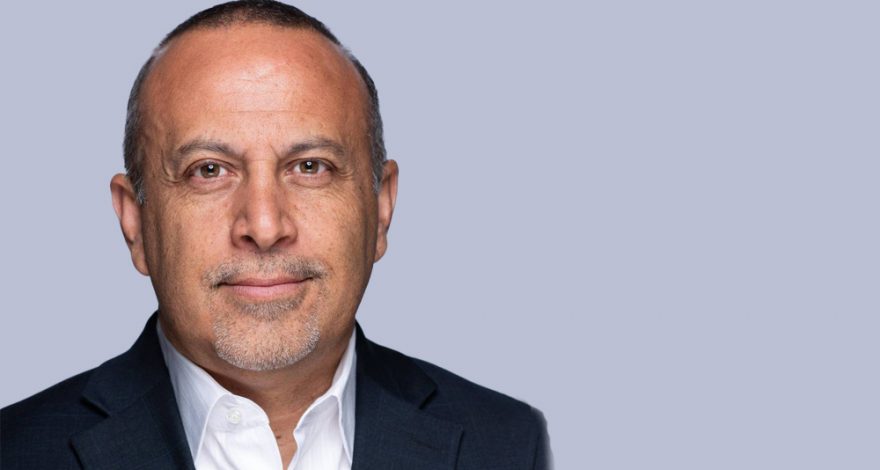 If nothing else, consider the odds. What sane person would bet that a super PAC founded by eight people — none of them a billionaire with deep pockets — could help oust an incumbent president of their own party? It takes guts and, critics say, a measure of arrogance, too.

They’d have to pull off something “revolutionary,” which happens to be the word chosen by Mike Madrid, one of the Lincoln Project’s founders, in describing what he and his colleagues accomplished with Donald Trump’s defeat. What it will mean for the Republican party whose interests they claim to be working for, of course, remains to be seen,

Their approach, which in some ways defies seemingly sound campaign practices, offers a blueprint for advocacy professionals — as well as for campaign consultants.

“The challenges won’t be exactly the same, because we achieved what we did in 2020 under unique conditions,” says Madrid, one of the Lincoln Project’s founders, who will speak at the Council’s Advocacy Conference in early February. A Republican who has become an expert on the Latino vote, Madrid is a principal in Grassroots Lab, a PR firm based in Sacramento, CA, specializing in state and local government relations.

“The situation in 2020 was unusual,” the graduate of Georgetown’s School of Foreign Service says. “The campaign took place in the middle of a pandemic — and the candidate we were trying to defeat was Donald Trump. Even so, others can learn a lot from our strategy.”

Launched in late November 2019 by Republicans with decades of experience running national campaigns for GOP candidates, the Lincoln Project succeeded in ways that surprised its founders, who include Madrid, George Conway, Steve Schmidt, John Weaver and Rick Wilson. Jennifer Rubin in The Washington Post described them as “some of the most prominent Never Trump Republicans.”

“We had ideas of establishing a $20 million PAC, but people loved what we were doing so much, they sent contributions after every ad we ran, and within months, we had a $100 million PAC,” Madrid says. And, in one metric that must irk Trump, the group has 2.3 million Twitter followers and the staff has grown to 40 employees and more than 60 interns.

Millions of Americans have seen the Lincoln Project’s hard-hitting ads on TV but mostly online and barraging their social media feeds. Their ads take “punches that Democratic officials and operatives often seem inclined to pull,” The New Republic reported. Conservative commentator and Never Trumper Max Boot has praised the group for “turning out brilliant videos at a relentless pace that puts most political organizations to shame.”

The ads also have critics besides Trump and his immediate circle: Andrew Ferguson, a conservative writing in The Atlantic, called them “personally abusive, overwrought, pointlessly salacious, and trip-wired with non sequiturs.”

What many admirers of their work don’t generally appreciate, Madrid says, is that the ads were only one part of a multifront assault — and that the ads themselves served two different purposes.

The Lincoln Project ran some 1,500 ads, “95% of which the public never saw,” Madrid says. “We had at least two audiences for the ads, and one of those audiences was only one person.”

That person was Donald Trump himself. “We studied him,” Madrid says. “We wanted to get inside his head, so he’d feel he had to respond. And sure enough, he did.

“Time after time, he would tweet about our ads, and the rest of the media ate it up. They’d cover us and our ad, and they’d cover Trump’s response. It was a way of boxing him in — of ‘out-Trumping’ Trump and taking away his bully pulpit. We turned his strength — his use of social media — into a weakness. The ads threw him off his game, and the money came in.”

After its “Mourning in America” ad, the group raised $1.4 million. To some degree, Trump was now allowing the Lincoln Project to determine what he would talk about, and he was following them. He called them “the Losers Project.”

Except the Losers were winning. “One reason our ads were effective is because they were high quality, and they were high frequency,” Madrid says. At one point, the Lincoln Project had seven separate crews turning out new ads that ran constantly, “to drown out Trump’s tweets. And they went viral. In 2016, the news media was forced to cover him, but in 2020, they were forced to cover us; we flipped the whole process on its head.” The New York Times and other major news organizations “were desperate for our content. They ate it up, which also forced Trump to respond.”

A big reason the ads were successful is that the approval process was virtually nonexistent. “We didn’t have a client, so we didn’t have to wait around while things were approved,” Madrid says. “That would have taken too long, and the advantage of a quick response would have been lost. Our client, to the extent that we had a client, was the democracy.”

The rapid-fire nature of the Lincoln Project’s ads had this strength, too: It allowed messages to be tested in real time, which was valuable for the second part of its 2020 efforts. “I had nothing to do with making those ads, either the ones designed to provoke Trump or the ones that were to influence voters, because that was a different part of the campaign from the one I was involved in.”

Madrid was responsible for the analytics undergirding the effort to persuade a small slice of Republicans who voted for Trump in 2016 to vote for Joe Biden in 2020. “We used micro-targeting to speak to Republican voters who could be persuaded — largely older, college-educated in a few districts in a few states, such as Georgia and Florida. We discovered the two concerns that would move them, which we called ‘COVID and chaos.’”

COVID, of course, referred to the pandemic and how Trump was handling it. “But ‘chaos’ referred to the discord Trump was sowing by manipulating social anxieties,” Madrid says. “We knew that college-educated Republican women were already getting disgusted with Trump because of it, and they could be persuaded to flip. All we needed was to move 4% of them in selected districts to win the state, and we succeeded everywhere but in North Carolina. We were never trying to move the general population, and we didn’t have to.”

Whether the micro-targeting and real-time analytics the Lincoln Project used to such effectiveness in 2020 can be replicated by other groups remains to be seen. It is unlikely that they will get the chance to get under another candidate’s skin the way Madrid and his colleagues got under Trump’s. That’s because very few candidates are as thin-skinned — or as accomplished in the use of Twitter, though that could change, as more office-seekers and officeholders become proficient in social media.

But that is also why Madrid doesn’t think that the hard-hitting tone of the Lincoln Project’s ads will deepen already worrisome levels of polarization. Rich Lowry of the conservative National Review suspects that the blitz will make things worse, “as a glance at [the group’s] insult-filled Twitter feeds, op-eds and cable appearances of the principals instantly demonstrates. These people aren’t resisting the coarsened political culture to which Trump has contributed more than his share.”  Instead, they “are happily embracing it.”

Madrid seems unconcerned by this possibility. Just getting rid of Trump should in itself calm the choppy waters, he believes. Or so he hopes.

He hopes the Lincoln Project can help the GOP return to its roots. “I’ve always been a conservative Republican because I believe limited government and a market economy are the best way to help lift people and achieve an equitable society,” he says. “They’re a way to bring people together, a goal I still support.” Whether their efforts can restore some Lincolnesque foundation to the Republican party is, of course, something even their own advanced analytics can’t predict.

To hear more insights from Mike Madrid, register today for The Advocacy Conference, to be held Feb. 2-5 on a big shiny computer, tablet or mobile screen in your home.