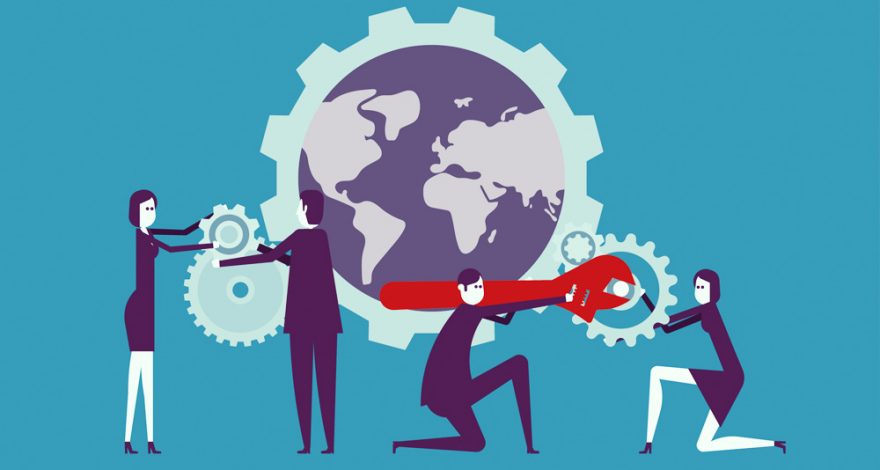 Walter W. Powell, co-director of Stanford University’s Center on Philanthropy and Civil Society, says the activities of government, business and nonprofits now overlap so much that the time has come to “problematize” these well-worn categories. Powell, who with Stanford sociologist Patricia Bromley edited the reference work The Nonprofit Sector: A Research Handbook, believes we need to take a fresh look at what nonprofits are, how they came to be and how they function.

The first edition was published in 1987. So what’s wrong with the old categories?

The idea that business is just about making a profit and that all the fat cats are working for companies is outdated. So is the idea that nonprofits are warm and fuzzy, less efficient and low paying. There are philanthropically inclined CEOs working for major companies, and there are fat cats heading nonprofits. There are firms like Salesforce that require levels of volunteering for their employees that are really remarkable, and there are heads of nonprofits that haven’t exactly taken a vow of poverty. The boundaries between these spheres — including the sphere of government — are just a lot foggier than they were 20 years ago. 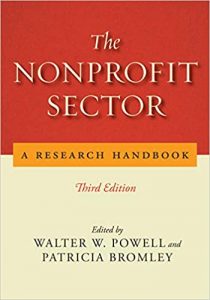 You note that nonprofits are unusual in that they are defined by what they don’t do. They don’t earn profits. How do you account for this?

In part, it’s a consequence of the history of tax policy in this country. And it’s a history rich in irony. In the 1960s, Wright Patman, a left-wing populist congressman from Texas, was highly suspicious of big corporations. Patman worried that foundations were just tools the wealthy used to pass on their money and that they were a way for the elites to perpetuate their power and influence. He was afraid these organizations were just tax dodges. So he initiated an eight-year inquiry into their activities, and the result wasn’t what he anticipated or hoped for.

What was the result?

One result was a lot more sunlight on the activities of nonprofits. But the bigger one, we argue, was to create the nonprofit world that we now know. Thanks to Patman’s inquiries, organizations like soup kitchens, soccer clubs and art museums began to see themselves — for the first time — as operating in the same space, as being part of the same world. They realized they were charitable organizations and in various ways were recognized as such in our tax codes. It is because of tax laws that we call them nonprofits. And it was out of that experience that our current understanding of what a nonprofit is emerged.

And that wasn’t what Patman had in mind?

Not at all. In 1973 came the John D. Rockefeller Commission on Private Philanthropy and Public Needs to uphold the mission of nonprofits and defend this field of endeavor. What Patman was worried about was the use of nonprofits by business and civic leaders to extend their influence, yet what we think of as the elite were the biggest supporters of the nonprofit world. And these institutions became much more professional. They began to hire professional staffs, recruiting their leaders from universities and think tanks and MBA programs. Where Ford and Rockefeller — what were once called “Rockefeller Republicans” — were the leaders on the East Coast, on the West, you had people like Bill Hewlett and Dave Packard.

Going back even further in our history, you seem skeptical of the idea, put forth by Alexis de Tocqueville in the 1830s, that America is a “nation of joiners.” Why the skepticism?

Of course, de Tocqueville saw something in America he didn’t see in Europe, though the imagery now overlooks some important distinctions. When he visited this country, and even through the early 20th century, the “joiners” of civic groups he was talking about were white Protestant males. Not even Catholic or Jewish males were allowed to join. But there is good evidence that at one time, one-tenth of all these men were members of some kind of association connected to their work. But there’s another interesting distinction that we are seeing play out in our own time.

For most of our history, belonging to one of these cooperative, private groups was a matter of “doing with others,” rather than just “doing for others.” The idea of “doing with others” is disappearing, and I will give you an example of that from my own experience. A local high school in Palo Alto, where I live, is an elite institution. Its students are top performers, many of them the children of Stanford faculty. They are strong academically, but the school is not an athletic powerhouse. Well, the coach decided we needed to build a new ballfield. The idea was for the students and their parents to come and work together to build the field. When the day came, very few parents showed up. Instead, they sent their gardeners and sometimes employees of their construction companies to do the work. Now this was very generous, to have your construction company do the work. But this wasn’t at all what the coach had in mind. He saw this as a group activity by the kids and their parents. He tried again, and this time, more grandparents showed up than parents!

Explain the importance of Jurgen Habermas to our understanding of the role of nonprofits.

Habermas was a German philosopher and sociologist who studied and emphasized the importance of this sphere of society that was independent of the state and of the market. He was interested in the contribution of the coffeehouses of London and Vienna and the salons of Paris as fulcrums of social change. These were places where you could buy a cup of coffee and stay all day and talk about the issues of the day. It was out of the coffeehouses of Paris, for example, that the French Revolution was born. It was also out of these coffeehouses, Habermas argued, that the Royal Society of Medicine and other such groups were formed. Now all of these might seem kind of obvious to us today, what contributions such informal gathering places can make, but until Habermas, no one had really observed this, and it is important to our understanding of the role of nonprofits in society.

We’ve come a long way since those coffeehouse days, even with Starbucks. Teddy Roosevelt played a role in the development of the nonprofits too, didn’t he?

Yes, the great “trustbuster” was concerned about the power of the cartels — about the railroads and the oil industry — and wanted to protect against monopolies. So the Progressive Era antitrust legislation that resulted from his presidency constrained the ability of companies to talk to one another, for fear that this would result in price fixing. But this, too, changed, and we saw the downside of this with the emergence of World War II and the need to produce war materiel. That and the need to get economies back on their feet after the war led to more cooperation and the emergence of industry groups to work together and to defend their interests and even to set standards for a profession — groups like the American Medical Association and the American Bar Association. We might also be seeing some of the downside of these constraints on collaboration imposed in the Progressive Era in our response to the COVID-19 crisis.

Countries that haven’t imposed the same constraints on collaboration, such as Israel and the U.K., seem to be moving ahead more rapidly in developing a vaccine, for example. Biotech industries, pharmaceuticals and universities there aren’t handicapped the way we are. 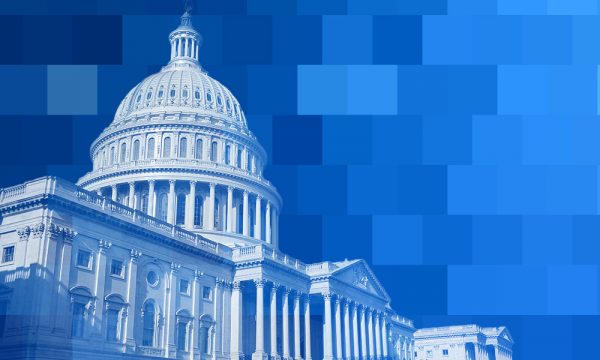