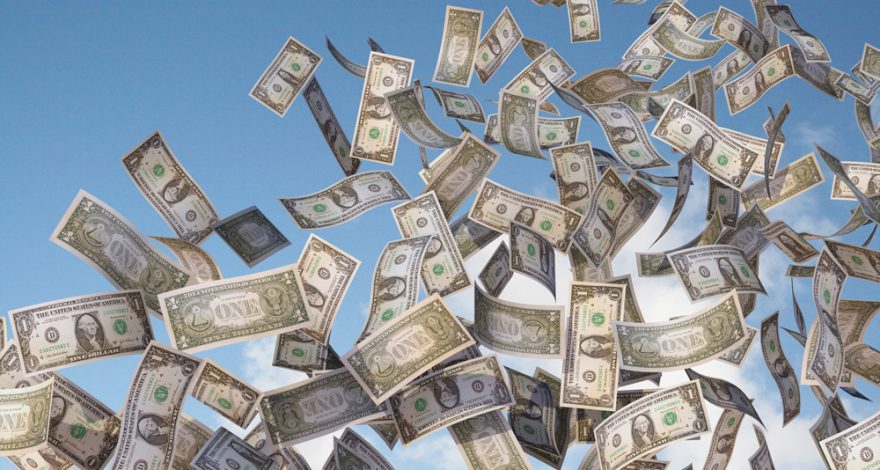 In The Givers: Wealth, Power, and Philanthropy in a New Gilded Age, David Callahan says we have entered a period in which corporate philanthropy can help solve social problems — and lead to increased profits.

The author of The Cheating Culture: Why More Americans Are Doing Wrong to Get Ahead and Fortunes of Change: The Rise of the Liberal Rich and the Remaking of America, Callahan is the founder and editor of the media site Inside Philanthropy and co-founder of the national think tank Demos. A graduate of Hampshire College, he holds a Ph.D. in politics from Princeton University.

You call this a new Gilded Age. What do you mean by that?

That requires a brief history. The first great surge in philanthropy took place in the first Gilded Age, when Andrew Carnegie, John D. Rockefeller and others formed foundations and gave money to establish libraries, museums and universities. You find surges in philanthropic giving in times of great wealth generation. The next Gilded Age, as I see it, began in the 1980s, when we saw a lot of new billionaires. Today there are 600 billionaires in the U.S., and many have signed the Giving Pledge, promising to give away half of their wealth. But just below that — and this is an important but overlooked group — are people with more modest wealth, and they are substantial givers. There are at this time 75,000 households with incomes of $30 million or more. And during this new Gilded Age, people have become increasingly sophisticated in their giving. They want to use their wealth to solve social problems. 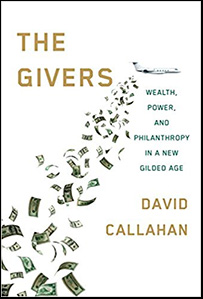 How does corporate philanthropy fit into this picture?

Corporate philanthropy is the important but lower-profile aspect of philanthropy. For 100 years, tax policy has encouraged it, and companies took advantage of those laws to make charitable deductions. It has been only in the past 50 to 60 years that you have seen corporations embrace philanthropic giving as part of their mission.

Before that, how did corporations view their philanthropic giving?

Back then, it was just seen as something to curry goodwill with the local community. The stereotype would be the CEO’s wife wanting to be on the symphony board or the ballet, so the company gave money to the symphony or the ballet.

Today, you see companies wanting to create conditions that lead to profits down the road. JPMorgan Chase, for example, gives millions of dollars to create a more skilled labor force, to stimulate economic growth, to improve conditions in the inner cities — things like that. The head of CSR at JPMorgan told me that this kind of giving benefits the company in direct ways, in more people opening accounts and starting small businesses. Kaiser Permanente recently announced that it is contributing to affordable housing on the understanding that affordable housing promotes good health, and good health means people get sick less frequently and file fewer claims.

So giving to social causes can lead to greater profitability?

It can. Of course, some companies give money to burnish their brand, which is part of the bigger picture. It is good PR. But I think we can eat our cake and have it too. The giving can align with corporate strategy, and it can use resources more effectively. Companies realize they can bring more to the table than simply writing a check. JPMorgan, for example, has technical expertise to offer and bank employees who can volunteer, not just to serve meals or paint houses but to make their financial expertise available.

You also say that corporate philanthropy will play a greater role in setting public policy. How will that work?

Government at all levels faces financial constraints, with so much money already claimed for existing programs — for paying pensions, for example. This means there is less opportunity for government to be an agent of change in society. As our government loses its dynamism as a force for change, philanthropy can play a larger role. And I think we will see major donors coming forward with big resources but also big ideas. I see this not just as a golden age of philanthropy, but a time with more public-private partnerships emerging in significant ways. Philanthropic efforts will be more of an equal partner with government at the local as well as national levels. In some cases, philanthropy will step forward to bail out government, as was done in Flint, Michigan, where local philanthropies pledged millions of dollars for clean water, and in Detroit when it was facing bankruptcy.

What advice do you have for companies wanting to use their philanthropic efforts effectively?

Conventional wisdom holds that you don’t use philanthropic dollars to pay police salaries or fill potholes. When insurance companies bailed out the city of Hartford, Conn., the deal was criticized for lacking a long-term solution, and there was some validity to that criticism. You want your efforts to catalyze real solutions — new solutions. Don’t be afraid of risk. That’s what private capital can do — take risks. Maybe what you want to do will work, but maybe it won’t. Think of corporate philanthropic dollars as society’s “risk capital.”

What’s Next for Cuba