How the Presidency Lost Its Soul 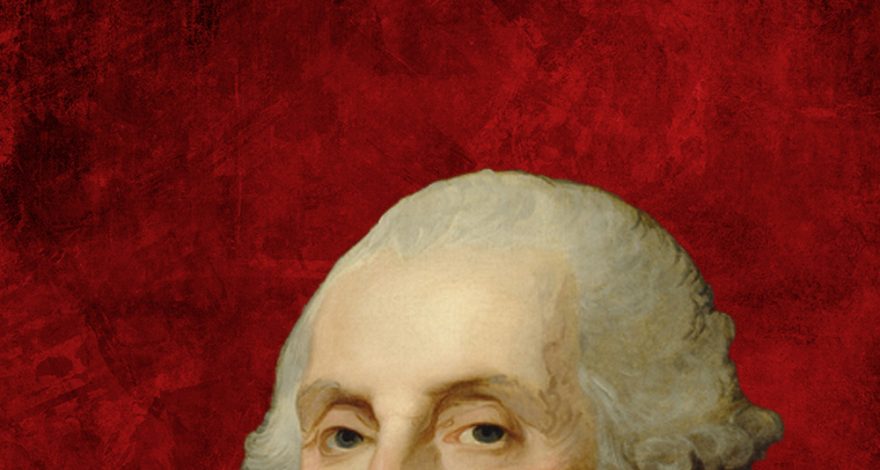 How the Presidency Lost Its Soul

The American presidency lacks the grandeur and gravitas it once possessed, Stephen F. Knott writes, and the degradation of the office did not begin and will not end with Donald Trump. In The Lost Soul of the American Presidency: The Decline into Demagoguery and the Prospects for Renewal, the U.S. Naval War College professor argues that the problem started at the beginning of the republic, with Thomas Jefferson and Andrew Jackson, and continues to this day.

You write that Mount Rushmore should be sandblasted. Really?

I was being kind of facetious, but I think we have a deep-seated tendency in this country to celebrate presidents who have a “transformative” effect on the presidency and on the country. This was certainly not the way the Founders — Alexander Hamilton, especially — envisioned the office. They warned against seeing the office in this way. They did not want presidents and those who sought the office to engage in what Hamilton called “the little arts of popularity,” when that is precisely what they do now and have done for decades. They encourage an exaggerated sense of what presidents can do, and the presidents who are celebrated, such as Teddy Roosevelt on Mount Rushmore, are those who embrace this grandiose idea.

Presidents and presidential candidates are expected to express the highest ideals of the American people, right?

That’s right, and the result is a kind of populism that goes back to Jefferson and Andrew Jackson but continues in different ways through FDR and JFK and Barack Obama. There is a great deal I admire about Obama, but at the same time he encouraged the “celebrification,” if that’s a word, of the office. 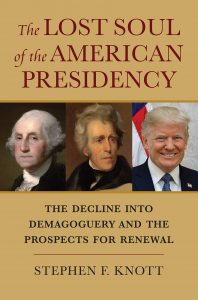 Obama uttered one of the most extravagant claims ever made by a candidate when he clinched his party’s nomination in 2008, saying “this was the moment … when the rise of the oceans began to slow and our planet began to heal.” Candidate Obama vowed that he would preside over a presidency that would “change the world.” During his 2008 race against Hillary Clinton, Obama remarked that the success of his movement “would make this time different than all the rest.” In a speech to a group of evangelical Christians in South Carolina, Obama remarked, “I am confident that we can create a kingdom right here on Earth.” This is precisely the kind of rhetoric presidents should avoid, and that presidents generally did avoid until the 20th century. Presidents need to know their own limits, as well as the limits of politics.

There’s a grandiose idea of the importance of the office but also — I think this is related in a strange way — a sense that the president is supposed to be a kind of glorified social worker, chasing down people’s Social Security checks or making sure they don’t get laid off from their jobs.

That’s true, which is why citizens at “town halls” routinely ask candidates questions about very personal situations in their own lives and what the candidate is going to do about it. This is part and parcel with the assumption that the president is supposed to comment on everything going on in the culture — everything from school uniforms on up. This isn’t the way George Washington saw the office, and Washington and Hamilton were right about that. The presidency is a powerful office, but it also has limited areas in which it is supposed to exercise its authority. Presidents shouldn’t be commenting on every question we face. The president should be a unifying force. Unfortunately, we have nationalized every issue, with presidents being party leaders endlessly involving themselves in partisan controversies. That’s why every presidential election is “the most important” one we’ll ever face. It shouldn’t be that way.

And you say this tendency has been building for decades.

Yes, you can trace it to Jefferson, but it especially gained steam in the Progressive Era. Reformers — Woodrow Wilson among them — were convinced that American government lacked the dynamism of a parliamentary system where things can change in a hurry. The Wilsonian belief was that our system of checks and balances should be overcome, and he had a kind of contempt for the other branches of government. It was Wilson who said a president “can be as big a man as he wants to be,” which is a dangerous idea.

And this idea has been carried forward by TR and FDR and JFK and, in our own time, Obama. Arthur Schlesinger Jr., who was a kind of court historian to the Kennedy White House, only discovered the dangers of the “imperial presidency” when a Republican was elected.

That’s true, and Schlesinger wasn’t alone. James MacGregor Burns and Richard Neustadt and others also believed in an activist, energetic presidency — as long as a Democrat was in office.

Power is transferred from Congress to the presidency, and then people are horrified when someone they don’t like is elected and wants to use the power he has been given. They’re truly shocked, unlike Captain Renault in “Casablanca,” who just pretended to be.

Unfortunately, that is the case. The presidency has been ripped from its constitutional mooring. It has been reduced to partisanship and policymaking, and important virtues such as magnanimity and generosity of spirit — the virtues that Washington and Hamilton and the Founders wanted in a president — are cast aside. Presidents weren’t supposed to vilify people just because of policy disagreements, but that is what we do now, routinely.

Finally, as a result of COVID-19, the stimulus and the quarantining and all of that, how will our sense of the presidency and its authority change?

I’m better at understanding the past than the future, but I think even before this pandemic, we were entering a brave new world. President Trump had already knocked down so many traditional norms that I believe are healthy for the country. Add to that the pandemic and our governmental response to it, and I don’t think there is any way we will come out of this the way we went in. I think you’ll see a further enhancement of presidential power and the public expectation of what presidents can do, which is not encouraging.