How to ‘Bounce Forward’ not Just ‘Bounce Back’ 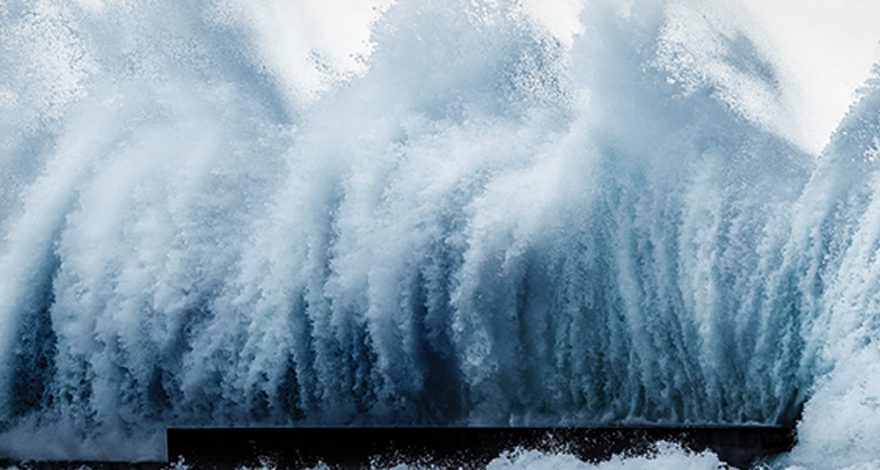 How to ‘Bounce Forward’ not Just ‘Bounce Back’

In Futureproof: How to Build Resilience in an Uncertain World, Jon Coaffee argues that the way organizations handle risk management is insufficient, considering the challenges our world now faces.

We need to learn to “bounce forward,” says the University of Warwick professor of urban geography, rather than simply “bounce back.” Coaffee is the director of the Resilient Cities Laboratory and an exchange professor at New York University’s Center for Urban Science and Progress.

Our society seems beset by dystopian visions — in our movies, certainly, but also in the way we talk about politics. Everything today is a “crisis.” Is this new, and how do you account for it?

No, this isn’t new by any means. As civilization has evolved, there have always been plans made, and visions created, for the future and for tackling the fearful unknown. Note we are living in the year Blade Runner was to take place! What has perhaps emerged in the new century is a sense that we are less in control of our future than we would like and that possible risks and threats coming our way could significantly affect our way of life — or wipe out life on earth. Hence, the spate of end-of-the-world movies! 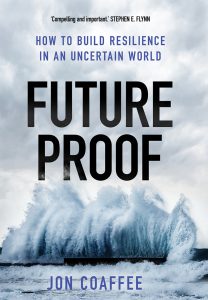 The term “existential threat” seems to be used awfully loosely now. How do you define it, and is it a useful term?

It is an awfully loose term that has been popularized by many politicians over recent years to talk about contemporary threats. In late November, Michael Bloomberg, on announcing his run for the Democratic presidential nomination, referred to President Trump as an “existential threat.” It is perhaps a term best left to highlight the globally altering impacts of global warming, or threats of nuclear war that are capable of widespread impact that would threaten human extinction.

So this idea of an “existential threat” is a rational response to a world where, as you write, extreme weather events, disasters, mass murders are “the new normal”?

Depending on your perspective, talking about an existential threat is a rational response to the increasing frequency, intensity and impact of disasters of all kinds that have become sadly familiar and are predicted to become even more widespread in the near future. For example, for many citizens and the wide bulk of the scientific community, the climate emergency is exactly that — an emergency that we have very little time to respond to before catastrophic changes in weather patterns become even more extreme.

We respond to these challenges using as our guide our history of risk and insurance. But you seem to think the way we have managed risk in the past is no longer a sufficient way to understand our challenges, right?

Yes, that’s largely correct. We have conventionally adopted a backward-looking, rearview mirror perspective on risk where we predict the occurrence of future events based on past trends. Compensation offered through insurance is calculated using the probability of such events occurring in the future. Increasingly, such past trends offer only a partial picture of emerging risk profiles, and we should pay increased attention to unknown risks and their possible/plausible impacts.

What was good about the old model of risk management? What is inadequate about it?

Risk management was very good at keeping systems of all kinds stable and in balance, because its role was to predict disruption based on known risks and to put in place processes and mechanisms that could mitigate impacts and allow a smooth return to normal once disruption had passed. What conventional risk management was less good at was adapting when things out of the ordinary occurred.

We’re forever fighting the last war, right? But what alternative is there? How do we imagine the next war? What tools do we have to do so?

Increasingly, we are developing ways in which we can better anticipate the future and prepare for it proactively rather than utilizing backward-focused approaches. Today, advanced forms of scenario planning are regularly conducted in order to prepare for both known and unknown risks. Such scenarios are regularly exercised so that protocols and equipment can be tested and so relationships can be built between responders. This is all part of building long-term resilience and the associated capacities to adapt, not just focusing on short-term and coping mechanisms. Many of our existing approaches are driven top-down and are shortsighted and reactive. These need to be replaced by more holistic efforts that are thought through in advance.

So many of our disasters, you say, are man-made, even when they seem natural. This is the case with Katrina, right? What are the lessons from that experience?

The key lesson here, and one that we have been slow to learn from many other disasters across the globe, is that while natural hazards cause significant damage, their impact is massively increased by social and political actions that enhance vulnerability. In the case of Katrina, preparation for a storm of this size and intensity and the coordination between local, state and federal responders were markedly insufficient. This included poor development decisions on where to build houses, incomplete and poorly maintained flood control infrastructure, slow emergency responses and reduced levels of funding, and industrial processes that caused ground subsidence. This was a disaster waiting to happen. It was the same in New York in 2012 with Hurricane Sandy in and Houston in 2017 with Hurricane Harvey.

Our “vulnerability, connectedness and complexity,” you write, are now such that old models are inadequate. How so?

One of the central ideas behind resilience is that it tries to take a big-picture approach and integrate many systems and processes in a holistic way. Traditionally, older risk management models have focused on single systems, such as a grid infrastructure or an economic sector in isolation, and were not really engaged with adjacent systems to which knock-on effects of any disruption might spread. Our increased appreciation of how all social and technical systems are interlinked and how they can cascade upon disruption increasingly forces us to adopt approaches that focus upon a systems mindset. The caveat here is that smart technologies are integrating everything in a city to such an extent through the internet of things that such embedded digital connectivity can actually enhance vulnerability from a cyberattack, rather than improve resiliency as the technology developers claim.

“Resilience” is a new buzzword. Why?

Resilience emerged in popular parlance in the wake of 9/11 as a more politically neutral and sugarcoated term for disaster preparedness and emergency management. The flexibility and dexterity with which the broad notion of resilience can be used has led to its global spread across many different contexts, in relation to many types of risk, and in framing the requirements for a new way of managing crisis through greater preparedness and the encouragement of joined-up responses.

You say we think in terms of “bouncing back,” when we need to “bounce forward.” Explain, please.

Bouncing back represents the initial wave of resilience thinking and can be considered akin to risk management. The focus here was on short-term readjustment to retain “business as usual” and rebounding to a stable position. Ideas of bouncing forward assume that, after a disruption, we will have a new normal that requires a focus on longer-term transformation — rather than just immediate and ad hoc change — to better cope with future known and unknown risks and threats.

We need new ways of preparing for the unimaginable, right? How is that possible? Can you offer some practical advice for organizations wanting to develop more useful models for preparing for disaster?

We need to predict what’s coming down the road as best we can, so the practical focus here should be on building the capacities in individuals, communities and organizations to cope, respond and adapt to disruption. We need to advance more effective ways of assessing risk through advanced data analytics. We need to develop more forward-looking and longer-term planning and put more training where capacity-building can occur. And most important, we need to reassess the way in which response systems are organized. Top-down management systems that operate on a command-and-control basis should be discouraged in favor of flatter organizational forms where decision-making is decentralized and more diverse, so the principles of resilience can be better embedded throughout the DNA of the community, city or organization.