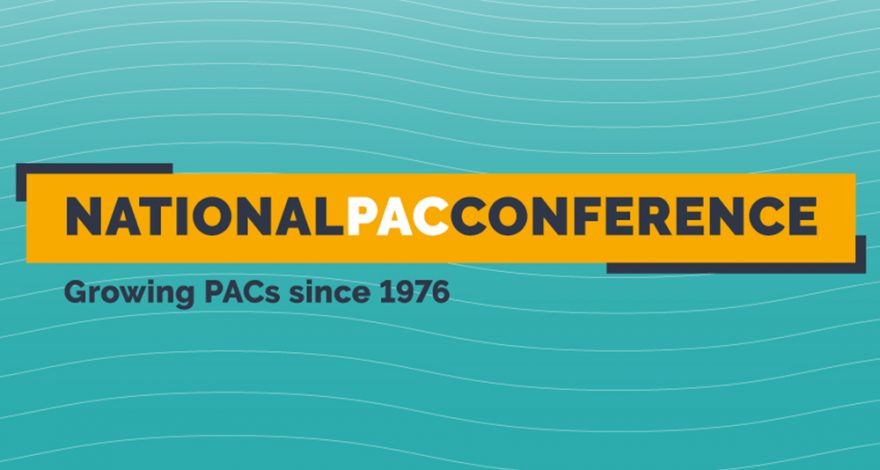 These PACs found success by focusing on two key elements of PAC growth and engagement: knowing your audience and leveraging technology to reach, educate and excite that audience.

“It’s never easy to choose two PACs to singularly recognize from the great group of nominations we receive,” says Hannah Wesolowski, the Council’s associate director of political engagement. “What I think made Nationwide and ALPA unique was that they used technology to fill a gap they saw in how their audience saw the PAC’s value. Both organizations’ efforts have resulted in a more engaged, informed audience.”

The winning PACs were recognized in Miami on March 8 during the 2017 National PAC Conference.

Outstanding Corporate PAC: Nationwide (NPAC)
Two facts lie behind the decision by Nationwide PAC (NPAC) to engage with its eligibles in new ways. “First, we recognized the adoption of new technology that was occurring from millennials to baby boomers,” says Chad Wilson, associate vice president of government relations. “Second, our workforce is no longer desktop dependent. The time had come to adjust the way we communicate with our associates and agents by providing access to NPAC through any mobile platform of their choosing.”

“It was a major game changer when we decided to reach out to our associates and agents in the way they wanted to be reached,” Wilson says. “We recognized the changing dynamic of today’s mobile workforce and the desire for our solicitiable class to be part of a member community that provides two-way communication and embeds government relations into the PAC’s communication efforts.”

In the old days, like so many other PACs, Nationwide’s was paper-dependent. NPAC, which made its first contribution to then U.S. Sen. John Glenn in 1976, celebrated its 40th anniversary last year. “But the time has come and gone when you prepare a folder packet or give a form to one of your eligibles and expect them to fill it out and send it back,” Wilson says. “Paper forms cause you to miss out on great opportunities to sign up a new PAC member. When the form doesn’t come back, you think it’s a ‘no’ to joining the PAC. The reality is it was a missed sale. Employees are more likely to join, contribute and get involved than PAC managers sometimes assume.”

“We recognized the changing dynamic of today’s mobile workforce and the desire for our solicitiable class to be part of a member community that provides two-way communication and embeds government relations into the PAC’s communication efforts.”

Working with the Nationwide IT team and their vendor, Wilson and his team were determined “to meet eligibles where they are.” That meant the PAC needed to communicate with eligibles through all forms of mobile devices, but with an additional goal of making it easy to join the PAC in fewer than 10 seconds. For the agents who can’t contribute through commission deduction, it’s also now possible to contribute using credit cards. “Providing credit cards eliminates the burdens of collecting EFT information, and it’s popular because everyone today wants to use their credit cards to accumulate points,” Wilson says.

NPAC removed as many burdens as possible to make it easy to join. In addition to a mobile-friendly platform, NPAC integrated its data to allow for a personalized experience. Once a donor logs into the page, they receive a customized solicitation based on their role in the company. That way, “you are only asked to give what’s right for you,” explains Wilson. This made the recommended levels much more attainable, according to Wilson. In fact, NPAC now sees a binding rate of 75 percent, meaning 75 percent of donors are giving at least at their recommended level.

But increasing levels of participation is only the beginning of the effort. Nationwide uses Yammer, an internal social networking platform. As part of this effort, they added a Yammer group called “Back the PAC” to their NPAC website to create a sense of community among the 3,000 members. On the site, posts included pictures from events, thank you letters from candidates, countdowns to important political events, updates on political happenings and more.

“But it has to be a two-way conversation,” Wilson notes. “In addition to the political pictures and updates, the Yammer site features fun activities that get NPAC members talking to one another and our government relations team. For example, we held a sweepstakes for NPAC members and asked them to post their favorite golf course, and 400 members posted personal stories. The site also featured a donor appreciation month, where they posted about a donor every day, tagging not only the donor, but also associates and agents who work with the donor.”

And all this has worked. NPAC has seen success in key areas:

“We learned something others should take to heart,” Wilson says. “It isn’t that employees don’t want to join a PAC. Some PAC managers blame other factors, like the political environment. We found that people don’t join the PAC for the simple reason that they don’t have time or they aren’t being given the option to join in a way that they want to join. So if you make it as easy as possible for them to join and meet them where they are, they will.”

To accomplish that, they turned to data as a way to get answers. Embarking on an ambitious data match initiative, they looked at their 45,000 plus members to find out their party affiliation. While they found that nearly 50 percent were Republicans or inferred Republicans, only about 16 percent are classified as registered or inferred Democrats – leaving about a third of members unaffiliated.

Digging into the data further, they realized that something was amiss. Although Republicans greatly outnumbered Democrats in the PAC-eligible population, Democrats were much more likely to contribute to the PAC — and at the higher contribution levels. Moreover, they also found their Democratic members were more likely to volunteer on government affairs and PAC activities.

Data revealed that Republicans tended to see ALPA-PAC “as a bank account for House and Senate Democrats,” says ALPA’s PAC coordinator. “Pilots also believed that we were funneling money to President Obama and Secretary Clinton, when in fact, our PAC had never contributed to either of their Presidential campaigns. We had an information disconnect, and that led to our strategic PAC effort for the last year.”

That effort required retooling the PAC’s message and using peer-to-peer education efforts to talk to the association’s highly mobile pilots. Using data-matching services, the PAC took a new message to members based on their respective party affiliations. “We retooled our message to put our bipartisanship front and center in all of our conversations, solicitations and content,” ALPA’s PAC coordinator says. “We wanted to make it clear that ALPA-PAC exists to serve pilots, not the candidates and incumbents the PAC’s funds support.”

One ad declared, “ALPA-PAC is the most bipartisan labor PAC in the country. Conservative, liberal, or somewhere in between: We don’t care what side of the aisle they’re on, as long as they’re on our side.”

Going further, ALPA-PAC sought to meet its donors where they are. Pilots don’t generally live where they work, and they knew that they needed external validators to share this bipartisan message. They sought to find ways to connect directly with their Master Executive Councils (MECs), get in pilot rooms across the country and provide easy graphics for pilots to share with other pilots in the field. They proudly showed their bipartisanship compared with other union PACs and provided (and advertised) frequently updated data on their partisan split on their website. They also used the information to better target their messaging, learn from email and solicitation metrics and provide more digestible information to their audience.

These and other communications have done the trick. As of late 2016, receipts were up more than $200,000 over 2015. Participation has risen by over 2 percent since 2015, with an increase of 1,500 contributors. More than that, hard-to-reach donors were starting to sign up.

“The PAC industry should embrace opportunities presented by big data,” says ALPA’s PAC coordinator. A lesson for other PACs, he says, is this: “Take your cues from your membership and embrace your unique culture. The goal was to use the data to better shape our message to our audience.”

The Innovation Awards for outstanding corporate and association PACs recognize creativity and excellence in the field and honor political action committees that: (1) are dedicated to compliance; (2) strive for inclusiveness; (3) use creative approaches to education, fundraising, communication and relationship building; (4) spread civic-mindedness throughout their organization; and (5) support other PACs’ efforts by sharing their success stories.

Learn more about the awards.