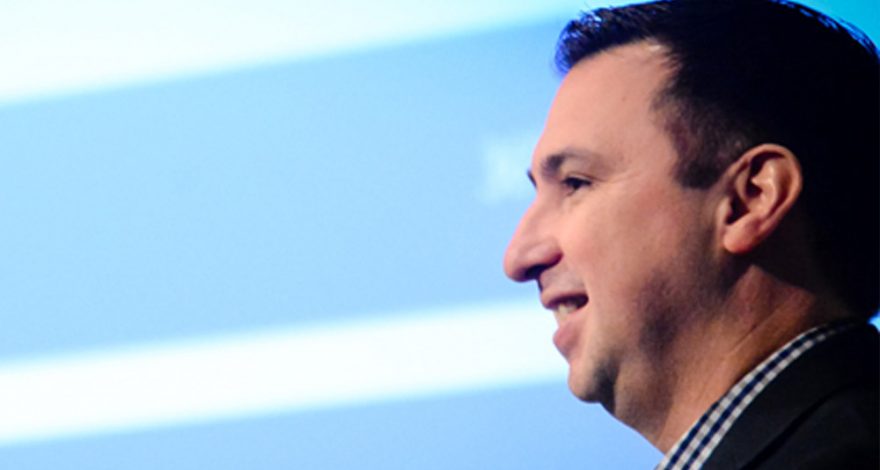 “All politics is local,” right?

Tip O’Neill’s formulation has embedded itself so firmly in our minds that it can be difficult to realize that the idea lends itself to a range of interpretations. That’s where Nathan L. Gonzales, editor and publisher of Inside Elections, provides a valuable service.

An elections analyst for Roll Call and a speaker at the Council’s PAC Conference this past March, Gonzales says that even in the Age of Trump, all politics really remains local, “since we mostly don’t have national elections in this country. Even when we do have presidential elections, the mistake is to trust national polls, which disregard so many important factors and can be misleading.”

Even so, Gonzales says, it’s “a mistake to regard local elections either as tests, in this case, of how Donald Trump is perceived, or as a choice voters make between two candidates based on their own merits, without regard for national politics. It is all much more complicated than that.

“The temptation is always to boil any election down to one thing even at the local level — to suburban women, to millennials, to gun violence. But that is almost always a big mistake. It’s also a big mistake to impose any one-size-fits-all on any elections, which can overlook all kinds of nuances. President Trump can be hated in urban areas but received more favorably in rural areas — even in the same district.”

A native of Oregon who has provided analysis for a host of media outlets, including CNN and Meet the Press, Gonzales says politics tends to be local in the sense that Tip O’Neill meant when voters are generally satisfied with the status quo nationally.

“When the level of satisfaction is generally high, people are more likely to vote in local elections, including congressional elections, based on the relative merits of two candidates,” Gonzales says. “They see them less as reflections of a president or a national party. When people are satisfied with the status quo, they look at the candidates more as individuals and more at their positions on particular issues.”

But when there is a high degree of dissatisfaction with the status quo, “local issues get pushed to the back burner, and local elections are seen as referendums on the party in power, or on a president,” Gonzales says. “That seems to be the case now, where Democrats are energized by their disapproval of President Trump, which has been building now for 14 months. The challenge here is how to maintain that energy.”

Republicans, meanwhile, face a different challenge. Gonzales says many Republicans “voted for Trump because they didn’t like Hillary Clinton but even so saw Trump as an imperfect vehicle for getting them to their desired destination — getting Neil Gorsuch in the Supreme Court, for example, or rolling back regulations on business.”

Our politics is not only local, of course, but personal. “The relationship between any given president and the party he represents is always a big question mark,” Gonzales says. “President Obama was hugely popular, but it proved extremely difficult to recreate the coalition that elected him when he was no longer on the ballot. But the personal connection voters felt with him didn’t exist for other Democratic candidates. President Bush left office so unpopular that for him to campaign for other Republicans could be a liability. President Bill Clinton’s job approval was high, but his personal problems made it difficult for him to be an effective campaigner for other Democrats. Who was the last president to leave his party in better condition when he left office? It’s hard to say. Like all of this, it has to be looked at on a case-by-case basis.”

Other Insights from Nathan Gonzales:

“The two parties are incredibly weak today. Not too long ago, they could pick their presidential nominee because the parties were the chief way money was raised and distributed. They could keep congressional candidates in line by turning on and off the flow of funds. The campaign finance system today means a candidate for Congress or the presidency can raise money independently, or even find one wealthy donor, and run on their own. The end of the earmark system on Capitol Hill also weakened the parties, because that was another way to control members of Congress.”

“We always hear a lot about ‘safe districts,’ and how the parties draw congressional district maps to make them safe for their own candidates, which leads to gridlock. Today this is said to favor the Republicans because they drew the maps in the last redistricting. But where this analysis is weak is that the parties don’t create ‘safe districts’ so much as ‘safe-enough’ districts. They try to draw the maps so that they spread their voters around as efficiently as possible. They tend not to pack the districts but to get maybe 55 percent of voters in their party in a given district. That 55 percent under normal conditions is enough to win that election. But under abnormal conditions — which we might be seeing in November — that 55 percent is not a safe district because the Democrats could be highly energized, while the Republicans can be apathetic. And that can be enough for the Democrat in the race to win.”

“We often hear about ‘unelectable’ candidates — candidates with some defect that under ordinary circumstances would disqualify them. They might be able to win a primary election, but they are so ‘extreme’ ideologically or had some problem in their background that meant they could never win in a general election. They were too far right or left, for example. But whether that analysis holds up depends on the election cycle and other factors. When a local election is seen as a referendum on national issues, then the more ‘extreme’ candidate is no longer ‘unelectable.’ Roy Moore didn’t win in Alabama, but he came closer to winning than would have been the case under ordinary circumstances. That’s because for all his flaws as a candidate, he was still seen as someone who would be better (to those who voted for him) than a Democrat who would go to Washington to ‘help Chuck Schumer.’”

Keep an Eye on Kentucky

“One race to keep an eye on is Andy Barr’s in Kentucky’s 6th Congressional district. This is one where the Democrats think they can make this a referendum on Trump and are going to spend heavily to defeat him, even though they won’t have chosen their own candidate until late May. One reason this is a race to watch is simply that the polls close earlier in Kentucky than in, say, California. If you want to track larger trends, one of the first indicators, at this point, is how Barr’s race plays out.”

As Kentucky goes, so goes the nation? Stay tuned.