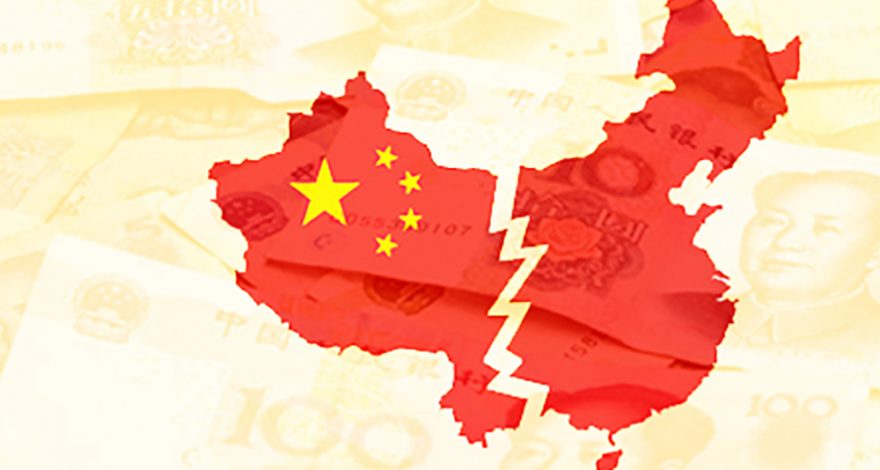 Is China’s rise to become an economic superpower inevitable?

In China’s Great Wall of Debt: Shadow Banks, Ghost Cities, Massive Loans, and the End of the Chinese Miracle, Dinny McMahon challenges the widely held belief that China will emerge in coming years as the world’s dominant economic superpower. McMahon bases his skepticism on more than a decade in China, covering its financial systems for the Dow Jones News Service and The Wall Street Journal. He wrote the book while serving as a fellow at Woodrow Wilson International Center for Scholars in Washington.

What is the conventional wisdom about China’s economy?

There is a persistent belief, held throughout the world, that within this century China will be the dominant financial power, which will redefine the world’s geopolitics. There’s the sense that China’s rise has an air of inevitability about it. But my own reporting suggests that this is not inevitable at all. If you look under the hood, so to speak, you will see that China’s economy is really a lot more fragile than most of us assume.

And you relate this fragility to China’s indebtedness?

That’s right. The weakness is in its debt. But to grasp this fact, you need to understand that China’s debt is not like that of the U.S., where we think in terms of the federal government and what it owes. It isn’t like our national debt or our federal deficit. A lot of the debt in China is carried by local governments and local banks, even though theirs is a socialist economy rather than a capitalist one. Also — and this, too, can be confusing — half of China’s debt is carried by companies. These are state-owned companies, of course, but their managers have a lot more discretion in what they do with the money they make than we might think. Also, the people who run the local banks and the local government officials have a great deal more discretion than we’d imagine. And all of this plays into the fragility of the system.

China has an ethos of economic growth, and everything is driven by the pursuit of economic growth. So managers of local businesses are forever borrowing from the local banks and have been doing so at a tremendous rate since 2009. There is really no central plan or grand design out of Beijing setting some economic strategy. So all of these managers of companies borrow from the banks even though there isn’t a sufficient supply of productive places in which to invest this borrowed money. So there’s tremendous investment in new government buildings and factories and public works projects, whether or not there is any real need for them. The banks let them borrow for these projects, and local government officials — who also want to stimulate development in their jurisdictions — are OK with it. Bank managers and local officials probably won’t be in their jobs for more than a few years, so they aren’t worrying about what happens after they move on, and then new managers and officials come in and inherit the debt, and it goes on and on. Everyone is looking for short-term economic growth, whether sustainable or not. It’s called “lend and pretend,” since no one expects the loan to be repaid. They just pretend to believe it.

Can you offer an example of this kind of needless investment?

Here’s one. In 2015 in central China, they built a replica of the Great Wall, except it is only 2.5 miles long. The real one is 13,000 miles long. But apparently, some tourists — Chinese tourists — visit it. They like to build fake lakes, too.

What are “ghost cities”? 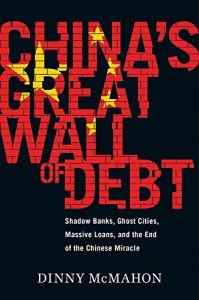 A look at how and why the foundations upon which China has built the world’s second largest economy, have started to crumble.

These are good examples of the kind of projects I’m talking about. Google’s cities survey says there are about 50 ghost cities. They’re the opposite of boom towns, where people used to live until the boom times passed and the people moved away. Ghost cities are built, whether there is anybody to live in them or not, with rail lines leading to and from them. Ghost cities have factories, too, whether there is any work to be done in them or people to work there. Part of this is a result of the Chinese assumption that urbanization is the wave of the future. So they want to create places for people to live and work when they leave the countryside and move to the cities, as they are ultimately expected to do. Even now, just under 60 percent of the Chinese people live in urban areas. That compares to about 80 percent in the U.S. Understanding Russian Influence in Central and Eastern Europe

But you say ghost cities aren’t the norm?

No, but there are comparable places surrounding major cities. And they can be half as large as the cities themselves — streets and buildings with no purpose. But all this is just a symptom of an underlying problem, which is the nature of Chinese investment. Last year at Davos [World Economic Forum], it was said that China has been responsible for 30 percent of the world’s economic growth since the financial crisis. But when China’s economy grows, almost no one benefits. When the U.S. economy grows even 1 or 2 percent, the world benefits through trade. China does very little importing of goods and services from other countries. It imports some food and heavy machinery, but very few manufactured goods, such as TVs and clothes. And a lot of those imports are for re-export.

But China also contributes in some ways, right?

Yes. Chinese students go overseas for their educations, for example. There is a demand in China for services, like higher education more readily available only in other countries. The new affluent middle class of China likes to travel. In terms of travel to this country, something like 150,000 U.S. jobs can be attributed to Chinese tourists.

If China’s debt is unsustainable, as you say, will the bubble burst?

I think there has to be a reckoning at some point, though I don’t see a sudden collapse. There is some awareness of the problem in Beijing and some efforts being made to move toward a more sustainable model. But it won’t be easy. By investing in AI, in semiconductors and electric vehicles, China is trying to adjust and adopt a more sustainable system. To do this, they have to acquire a lot of technical services from overseas. But there’s a problem there, too, because foreign firms trying to do business in China face a lot of restrictions and unfair competition in terms of subsidies and licensing. For now, though, I think China will respond to its problems by just printing more money, but this just perpetuates the debt problem, and the potential for something to go wrong increases, as does the possibility that the bubble will burst. Eventually, you do reach a point of no return.

Your Guide to International Trade in 2018