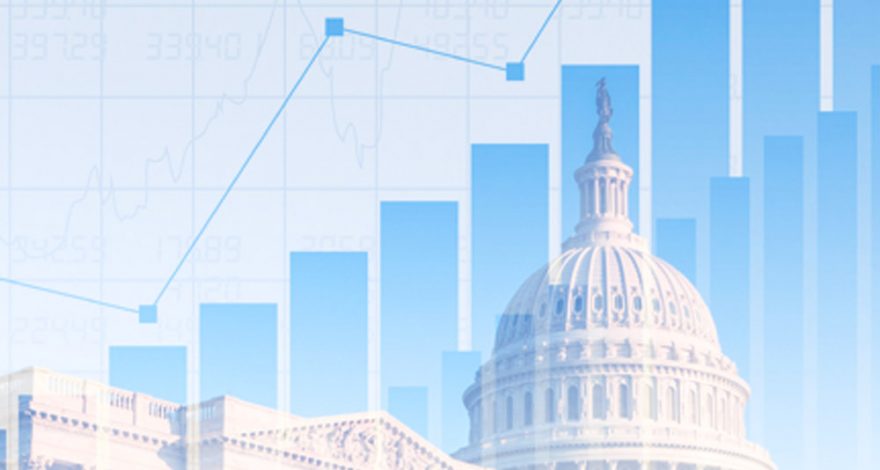 Every September, the U.S. government relations and public affairs team at Pfizer begins setting its goals for the coming year, a process that evolves over time and is increasingly informed by metrics.

The work that flows from this process is also data-driven, with budgets based on quantifiable goals.

“We work to make sure we have a proactive agenda to engage on,” says Marc Scarduffa, Pfizer’s vice president of government relations and public affairs as well as the Council’s chairman. “That doesn’t mean we will win 100 percent of the time, but we set well-defined goals that our state and Federal teams drive for the business.”

The team’s efforts to align its work to the $50 billion global pharmaceutical company’s business goals are not left to guesswork. “We have a member of the government relations group — called a ‘therapeutic area lead’ — embedded year-round in each business unit,” Scarduffa says. “Unlike some organizations, where the public affairs team reports to the CEO or a comparable senior leadership quarterly, our SVP of Government Relations meets with the CEO monthly, identifying threats and opportunities with the ability, where possible, to assess what our own activities can mean to the company. Our ability to speak the language of the business units and that of the senior leadership can lead to more resources, which our own success depends on.”

Different organizations use different vocabularies, but metrics that Pfizer’s public affairs team relies on are known as Key Performance Indicators, or KPIs. Investopedia defines KPIs as “a set of quantifiable measures that a company uses to gauge its performance over time” and “to determine a company’s progress in achieving its strategic and operational goals.” What the Washington Post calls “the Money Ball approach” to lobbying is gaining a foothold in public affairs, and practitioners say their use of KPIs comes not too soon. While businesses can be reluctant to discuss the details of their own KPIs, consultants offering services to practitioners are understandably eager to demonstrate their importance and their effectiveness.

Historically, public affairs KPIs have often been too soft. “These softer deliverables generally measure reach, not impact,” says Chris Bender, former head of public affairs for Novozymes and current Council vice president. “Saying ‘we want to get our point of view in The New York Times’ is about reach. Wanting 10,000 new Facebook followers is also about reach. Reach is important, but it doesn’t in itself change the dynamics. Impact changes the dynamics.”

Jeb Ory, CEO of Phone2Action, a tech firm that provides stakeholder engagement services, agrees that government affairs for too long has been a “soft” discipline. “Until recently, its value has been hard to quantify,” Ory says. “But technology has fundamentally changed all that. In the past, governmental affairs professionals had to rely on third parties to help them understand the efficacy of their efforts. You also had to wait a week or even a month to receive a report about the success of your digital campaign, and once you got the report, it could be out of date. Today, with sophisticated online advocacy campaign technology, you can look on your iPhone and check on click-through actions, for example, and have instant feedback. If you are issuing a call to action, you can even change that approach in real time. You can also use that data to set your KPIs.”

Even today, Ory says, “you can buy email addresses from petition sites, but most signers aren’t actively engaged and committed [to the issue] even if they checked a box on a petition. These people aren’t likely to take action for your organization again, leading the value of this channel to dwindle. But technology has made it possible to track activity over time, know exactly how effective your efforts are and set and measure quantifiable goals.”

By way of example, Ory cites an analysis his firm conducted to determine what Phone2Action calls the Trump Effect. “Our belief was President Trump generates more engagement on issues because he is an unorthodox president, with so many people for or against him,” Ory says. “We wanted to offer a kind of ‘Standard & Poor’s for advocacy’ to find out what is happening, metaphorically, in the market. We of course controlled for other variables, but we tested 2016 against 2017 — when the Trump Effect would have kicked in — and we did find really significant changes. And these are changes that all organizations involved in advocacy should think about when assessing their own efforts.”

Sherry Whitworth has worked in grassroots campaigns for 20 years and has witnessed the growth of data-driven campaigns and the KPIs that are increasingly part of these campaigns. “I remember a conference in 1996 when the first grassroots tools came on the market,” says Whitworth, executive vice president of VoterVoice, which was acquired this past July by Fiscal Note, a tech firm that helps clients track and influence legislation.

That first product was called CapWiz, which was built for CSPAN and enabled viewers to go to the CSPAN website and contact their legislators. “People were reluctant to use it because, in those days, old-school lobbying was king. ‘We don’t want people contacting their legislator,’ they’d say. ‘We have lobbyists for that. Ordinary citizens aren’t sufficiently well-informed and will just mess things up.’”

Since then, Whitworth says there has been “a 180-degree shift, and associations are ready to adopt technology — and eager to use KPIs to apply metrics to public affairs. Just think of how long it took for people to get TVs into their homes. It took years. Today a new app can come on the market and people adopt it immediately. This is true of organizations as well, as those who are quick to adopt this approach, this application of metrics aided by technology will have a definite edge over those who lag behind.”

It is no surprise that some public affairs professionals have been reluctant to make full use of the possibilities before them. “A lot of people in public affairs are liberal arts people, not math-and- science people,” says Alex Wirth, cofounder and CEO of Quorum, which claims “to have built the world’s most comprehensive database of legislative information,” according to Bloomberg Business Week.

Some public affairs professionals “are actually afraid of being measured, or they are afraid they will have to do a lot of this data-driven stuff themselves, by hand,” Wirth says. “Some don’t yet understand that it is easier to implement than they might think.”

But they avoid KPIs at their own peril. “Other business units use KPIs to quantify what they do, to set goals and measure progress, and if you want to communicate your value to those other business units in your organization, you need to speak their language.”

Bender agrees. “Companies have bottom-line drive KPIs in their business units. For public affairs work to be respected those stakeholders, it needs KPIs tied to corporate goals.”

“You need to be able to say your team had, 30 meetings with members of Congress, 50 with staff and 50 with outside influencers – and here’s the impact. We need to our work to its economic impact on the company, identifying it in terms of revenue generated or savings created.”

Well defined KPIs, Wirth says, impose a discipline on your activities, “allowing you to figure out what is and what is not working and to change tactics as needed.”

The challenge can be determining what a well-defined KPI looks like. “It’s hard to measure ultimate success in the areas you really care about,” cautions Ken Shotts, a professor at Stanford’s business school and co-director of its Strategy Beyond Markets program. “I am not at all opposed to these efforts, but I do think you have to approach them with a clear understanding of their present limitations.

“It isn’t terribly difficult to measure which government policies are good or bad for your organization. What’s hard is figuring out and quantifying the extent to which the company’s efforts caused something to happen or not. With all the different factors involved in any action, it is hard to disentangle causality.”

It isn’t difficult “to measure intermediate variables, like the number of employees that took certain actions,” Shotts says. “But it is much harder to measure the things you are trying to achieve through those actions. You can’t measure outcomes but you can measure process. That’s why KPIs are especially useful in measuring intra-company processes — in determining to what extent mid-level managers are systematically engaged in public affairs activities.

“It gets harder when you are trying to measure what is happening outside your own organization. But just because this stuff is difficult is no reason not to use some of these tools where they are relevant. You shouldn’t walk away from something just because it is hard.”

After all, other organizations are already embracing this approach. “Even nonprofits, NGOs and think tanks are figuring this out,” Bender says. “If you want your public affairs function to be taken seriously—and to get the budget you need for it to be successful — you need to speak in terms of KPIs, which is the rest of the organization’s language.”

Wirth puts it this way: “The rest of the company needs to see that its resources are being put to good use in its public affairs area — and to free up the resources it needs.”

Pfizer’s Scarduffa brings it back to the bottom line. “Quantifying your efforts,” he says, “is crucial to getting the budget that enables you to succeed.”