Late-Night Comedy Is No Laughing Matter 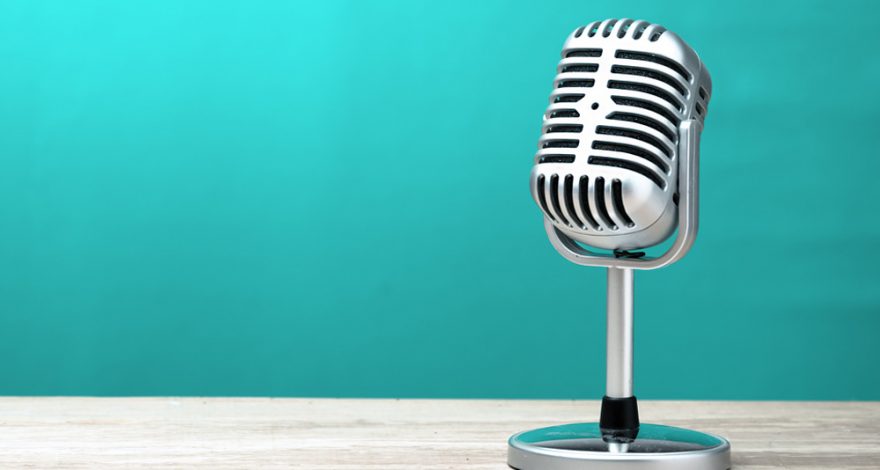 Late-Night Comedy Is No Laughing Matter

You get three guesses which recent president has been subjected to the most ridicule by late-night talk show hosts, and the first two don’t count.

You’re right, and in Late Night with Trump: Political Humor and the American Presidency, Stephen J. Farnsworth of the University of Mary Washington and S. Robert Lichter of George Mason University analyze a political culture in which comedians play an increasingly influential role. What does their role mean, and what does it portend for the future? The answers below are Farnsworth’s.

Going on late-night talk shows is nothing new for politicians, is it?

Not really. But we have seen a definite acceleration of this kind of activity in recent years, to the point that it is expected of presidential candidates to go on these shows. John F. Kennedy went on Jack Paar’s show in 1960. What we’ve seen over time, and especially in the past few years, is a coarsening of the humor and an aggressiveness on the part of the hosts. They’ve gotten much more combative. But we need to remember that these shows are very much aware of what the audience wants. So I think this combativeness is probably more of a reflection of the culture than an agent of cultural change. What would have been too controversial on Johnny Carson’s show would seem tame today. 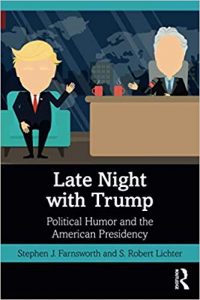 But you say these shows are also playing a bigger role in shaping our attitudes, right?

That’s true, especially for political figures that are not well known to the public. Dan Quayle was not a national figure when George H.W. Bush picked him to run for vice president, and his image was largely formed by the jokes on the late-night shows — by his misspelling “potato” at a spelling bee. They say you don’t get a second chance to make a first impression, and that was certainly the case with Quayle.

You and your co-author subjected something like 100,000 late-night jokes to what media studies people call “content analysis,” going back several years. And while Donald Trump has been the target of more ridicule than anyone in that period, you also found that Barack Obama received relatively benign treatment. Some might attribute this to “liberal bias.” Do you have an alternative explanation?

Yes, I do. There are some significant differences in the way Trump and Obama present themselves that everyone in public life might learn something from. For his whole career, Trump has presented himself as so over-the-top that it just lends itself to caricature. His demeanor invites mockery. But Obama could laugh at himself, which can inoculate a politician against the harshest forms of humor. Bill Clinton was also one of those larger-than-life characters that made him an easy target, and compared to Trump or Clinton, Obama was the “Cool Hand Luke” of our politics.

They called him “No Drama Obama.”

That’s right, and this approach worked really well for him. His appearance on the Funny or Die farce Between Two Ferns showed that he could give as well as he got — and he still got to make his pitch for the Affordable Care Act. The rates of people signing up for health insurance climbed after his appearance, presumably as a result of it.

The ability to laugh at yourself is a huge advantage in American politics, isn’t it?

It is. FDR had it. So did JFK and Ronald Reagan. And Lincoln. I don’t know if it’s true, but when Lincoln was accused of being two-faced, he supposedly said, “If I was two-faced, why would I use this one?”

You can’t take yourself too seriously, right?

You can’t, and Trump hasn’t seemed to figure this out. Whenever he tweets about how much he dislikes the way Alec Baldwin portrays him, NBC hears its cash registers ring.

But personalities aside, you also write that the content of jokes suggests something else — that the subject of late-night monologues is often about substantive matters of policy. You cite a study that says they give more attention to policy than the supposedly serious shows do, that the legit journalists place “greater emphasis on the campaign horse race and the candidates’ strategies and tactics.”

That study is a little dated, but we have found that the late-night hosts do talk about issues more often than you’d think — Russia, gun control, health care, you name it. They also position themselves as watchdogs and fact-checkers.

Assuming we return to a less combative time in our politics — less polarized and a little calmer — do you think our late-night talk show hosts will change their acts, too?

Well, we could get four more years of Trump, and then no one knows how many years with Trump as an ex-president. Or we could get a Democrat in the White House. But in any case, I don’t think you’ll see a return to the days of Jay Leno and Johnny Carson. I don’t think there’s much of an audience for that kind of humor. You’d probably get a more over-the-top kind of humor with Joe Biden than with Amy Klobuchar, or more with Bernie Sanders than Elizabeth Warren. It all depends on the politicians.

Related article – You, Too, Can Catch That Disney ‘Magic’