‘League of Wives’ Was Grassroots Movement 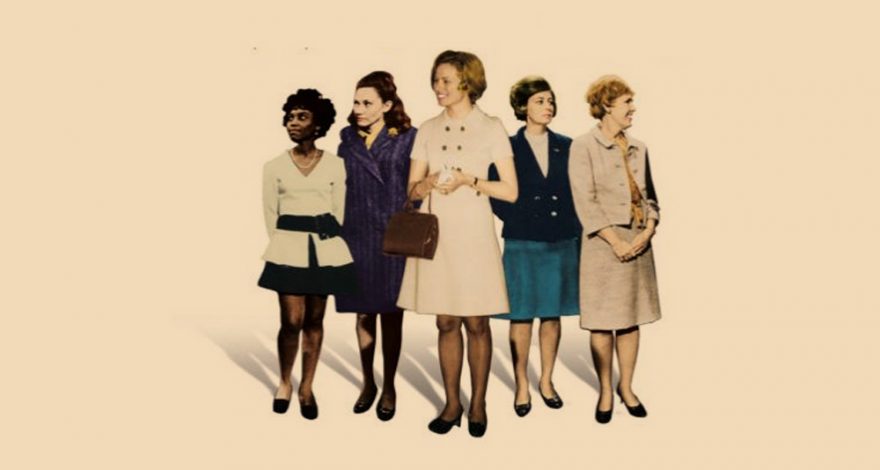 ‘League of Wives’ Was Grassroots Movement

The 1973 release of hundreds of former Vietnam-era prisoners of war was the work of a dogged group of American women who defied their own government to secure the Air Force and Navy pilots’ freedom.

In The League of Wives: The Untold Story of the Women Who Took On the U.S. Government to Bring Their Husbands Home, Heath Hardage Lee chronicles this grassroots campaign on the part of everyday citizens who did not seek the limelight but might soon get more than they bargained for: Reese Witherspoon’s production company has bought the film rights to The League of Wives and plans to turn it into a feature film. Lee shared their story with us.

Where does this story begin?

Back in the late 1960s, these women knew their husbands were POWs and began to make noise about their captivity and the fact that the administration — LBJ was president then — didn’t seem to feel any urgency about getting them home. These women were told to keep quiet. They were told, on one occasion, “to let someone who is qualified push the buttons, or the switchboard will get messed up.” This, as you can imagine, enraged them. These women, led in the beginning by Sybil Stockdale and Jane Denton, knew their husbands were not only prisoners but were being tortured. Some had been held for eight years. 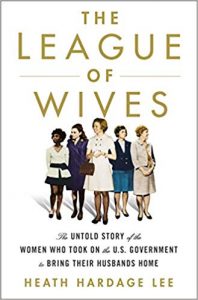 But all that changed with a new administration?

Yes, the wives found a sympathetic ear in the Nixon administration, especially from Melvin Laird, the new secretary of defense. And Richard Nixon realized that there was a political advantage to pushing the POW issue, which was the one all Americans could get behind, whether you were for the war or against it. Also, Nixon didn’t want to lose the Middle American pro-military vote. Laird and other administration officials, including Henry Kissinger, began to have bimonthly meetings with these women, and realized how well informed they were about the issue and how uninformed the government really was. The wives, who formed the National League of Families of American Prisoners and Missing in Southeast Asia, brought a tremendous amount of attention to the issue and how the North Vietnamese were not abiding by the Geneva Convention.

And this time the government didn’t try to silence them?

No, in part because they realized they couldn’t do it if they tried. For a time, the wives actually had what they called the “red bat phone” that connected them to Kissinger. They worked closely with the Nixon administration, and when the administration negotiated the Paris peace treaty of 1973, it agreed to include as a condition of the treaty the return of the POWs and an accounting of the missing, to the best of their ability. And in February and March, a lot of those men — the ones who survived, such as John McCain, James Stockdale and Jeremiah Denton — came home. Some were carried off that military transport plane at Clark Air Base in the Philippines on stretchers, but they came home.

What did the women do to have this effect?

They were very smart about it and very effective. They bought photographs on the black market in Southeast Asia that showed the men being tortured and otherwise badly treated. Under the tutelage of Navy intelligence officers, they learned to write coded letters to their husbands. Some of them would wear wires into their meetings with administration officials and then report what they were told to officials of other agencies. Nixon wasn’t the only one who was paranoid back then. Everybody was taping everybody else. They conducted extensive letter-writing campaigns and dumped 750,000 letters on the doorstep of the North Vietnamese Embassy in Paris — so many letters it was impossible to open the door.

A lot of what they were doing seems to be an early form of a viral social media campaign.

It really does. It seems like a precursor of the #MeToo or Time’s Up movements, in that it was really driven by ordinary citizens who, as individuals, had no power but as a group couldn’t be ignored. It was a genuine grassroots movement. Sybil Stockdale, whose husband, James, was the highest-ranking POW, discovered that she had no more power within their organization than the wife of the lowest-ranking. Theirs was a lobby group, we see now, but it was nonpartisan. They made a point of not being political — and the government was scared of them. They were frightened by their power and the fact that they didn’t know what these women might say.

And they did all this before they had social media platforms.

That’s exactly right. Today, if you want to send 750,000 messages, like they did, you can do it for free. These women had to hire trucks to deliver all of those letters, and they spent a lot of money on postage. They never expected the North Vietnamese to answer those letters. They didn’t expect the North Vietnamese to change their policies because of it. But within limits, they did. McCain, for example, was moved out of solitary confinement, in response to the terrible publicity about the North Vietnamese that the women were generating. Some of the things they did were media events, pure and simple.

And the movement went viral, didn’t it?

Definitely. Originally, to be a member of the National League of Families, you had to be a close relative of one of the soldiers. But pretty soon, other organizations were formed, like Friends of the National League of Families, and thousands of people joined. And some of what they did was like social media. Remember those POW bracelets? They were like hashtags but with physical objects. The more you think about it, the more parallels there are.

Related article – When Your Passion is a Curse