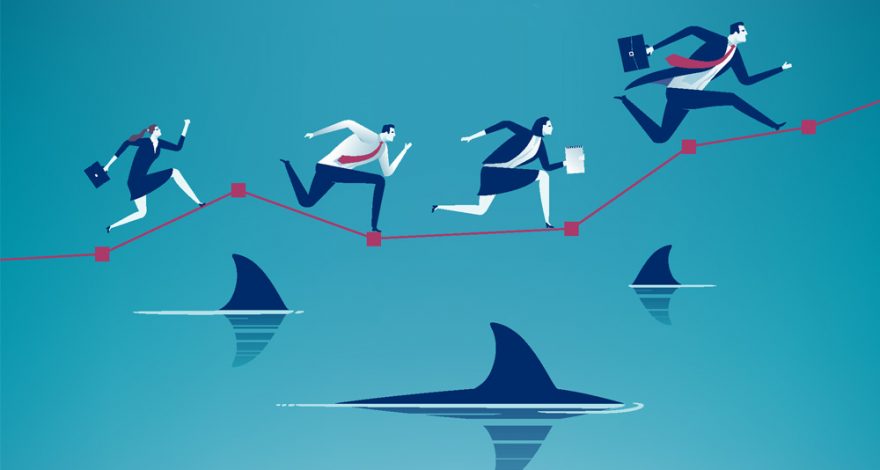 Life is full of risk, and so is business. Corporate leaders spend most of their time, in fact, managing their organization’s risk portfolio.

As we sit here in the midst of a health crisis, a struggling economy and major political change, we would be wise to assess the perils that lurk in our business environment. I’ve started a list of major risks facing public affairs professionals. Here are my top six:

Cynicism about Politics and Business: Public cynicism has made it harder for elected leaders to govern and for companies to accomplish their policy goals. As the 2020 Edelman Trust Barometer pointed out, global trust in four major institutions — government, business, the media and NGOs — is remarkably low.

Low levels of trust mean governments and businesses arouse suspicion when they work together on issues of common concern such as health care, national security and the environment. Not surprisingly, a 2017 poll showed one-third of Americans said they believed top executives serve on presidential commissions “to get laws changed to increase their profits,” not to help the country.

Activists and journalists have learned how to draw attention to possible inconsistencies between a company’s stated values and its political and marketing activities. Firms are being judged on the politicians they support, on the business groups they belong to and even on which cable news shows carry their advertising.

Higher Expectations for Corporate Engagement: When companies try to make a positive difference in society, they often don’t get credit for their efforts. While members of the public don’t necessarily trust major companies, they believe business is more competent than government. Consequently, they hope and expect companies to take the lead in solving societal problems. Being merely a good corporate citizen has become “table stakes.” You have to show you are willing to do more.

A new 2021 Morning Consult poll shows that 71% of Americans believe CEOs are responsible for being leaders not just of their organizations, but also in American society. An additional 68% think CEOs are well positioned to drive positive change in this country.

As employees and customers push for companies to take a stand on social issues, many firms have joined public debates about racial justice, immigration and other matters. While this is a positive trend, companies need to make sure their track records and stated values are consistent with their political causes and activities (see risk No. 2). If not, they should explain themselves before being asked by a reporter, shareholder or activist.

Negative Partisanship: As New York Times columnist Thomas Edsall noted several years ago: “Hostility to the opposition party and its candidates has now reached a level where loathing motivates voters more than loyalty.” “Negative partisanship” stirs up emotions such as anger and resentment, which work against efforts to cooperate in building a more just and prosperous society.

In this environment, to compromise is to show weakness. That makes negotiation extremely difficult and it leads to important issues being unresolved. Public policies lack continuity; they swing back and forth depending on which party is running the government. And that exacerbates …

Here’s a real-world example. The Trump administration attempted to roll back auto emission standards that required automakers to nearly double the average fuel economy of new cars and trucks by 2025. A group of major automakers, however, struck a deal with California that would commit them to a standard almost as strict as the original rule. Why did the companies stiff Trump and go with California? They believed it was less costly and better for business to comply with the higher standard than face years of regulatory uncertainty.

Decline in Access to Policymakers: The COVID-19 pandemic has accelerated shifts in how groups and individuals advocate on policy issues. According to a 2020 Council study, more than 70% of government affairs executives believe that, even after the pandemic is over, it will remain challenging to meet with federal policymakers in person. More than 60% think the increased reliance on video conferencing will hasten the decline of traditional lobbying and boost the use of digital advocacy strategies. While traditional lobbying won’t disappear, it will likely become more difficult at all levels of government.

Managing through this risky environment requires more than good planning — it requires a change in mindset. When facing a suspicious public, listening well and being transparent are key to building trust. Companies who choose to be publicly accountable for their mistakes, rather than claim they’ve done nothing wrong, are more likely to gain the benefit of the doubt. The same goes for corporate leaders who are willing to self-sacrifice (e.g., by forgoing bonuses or cutting their pay during an economic downturn).

Clarity of purpose is also important when you’re explaining why your firm supports a social issue or why it contributes to some candidates and not others. In business, politics or life, you can’t expect everyone to agree with you. But you can strive to earn a reputation for thoughtfulness.

Finally, working in public affairs means learning to live with uncertainty and adapting to whatever changes come your way. This isn’t easy (see risk No. 5), but it’s essential if we’re going to emerge intact from these challenging times.