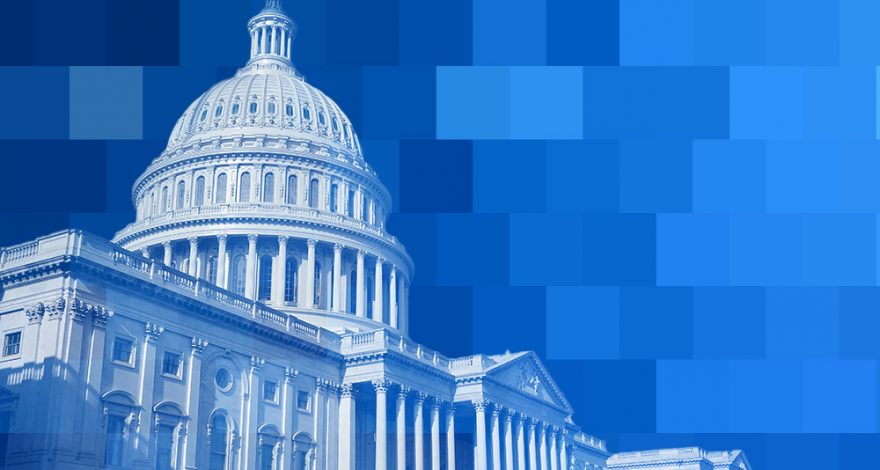 Have Those Who Took the “No PAC Pledge”
Been Taken?

After President-elect Joe Biden takes the oath of office on Jan. 20, one of the first things he is expected to do is announce new ethics rules for executive branch officials. These rules are likely to include the usual lobbyist gift bans and “revolving door” restrictions. And, no doubt, Biden will use the opportunity to talk about the need to restore trust in government.

But despite the entreaties of the Democratic Party’s progressive wing, don’t count on Biden deciding to rule out hiring lobbyists or to make campaign finance reform a priority. His transition team has already indicated that it understands the value of having issue expertise in government, even if it comes from lobbyists. “Some of our nation’s brightest policy minds are also fierce advocates on issues from criminal justice reform to health care and workers rights,” said his team in a statement to The New York Times.

If a lobbyist ban is off the table, then what about the growing movement by Democratic candidates to refuse corporate PAC money?

After all, Biden and the other 23 Democratic candidates for president refused corporate PAC donations. The president-elect also welcomed an endorsement from End Citizens United, a group that supports ending business funding of political campaigns. What’s to stop the president-elect from supporting a new version of the Ban Corporate PACs Act, introduced in the House last year by Reps. Max Rose, D-N.Y., and Josh Harder, D-Calif.?

The “No Corporate PAC Pledge” certainly looked popular in 2018. Fifty-two members of the 116th Congress — mostly Democrats — pledged to reject money from corporate PACs before, during or soon after the 2018 election cycle. And it turned out that many who swore off PAC funds didn’t really need the extra cash to get elected. According to the Center for Responsive Politics, “only three of the 44 successful House Democrats to take the pledge … were outraised by their opponents.”

On the other hand, while the number of candidates taking the pledge increased to 119 this year, notable Democrats such as Rose and Maine’s Sara Gideon, who challenged Susan Collins for her Senate seat, didn’t just lose — they lost badly. And they weren’t the only anti-PACs-ers to go down to defeat. Not including the results of the Georgia Senate runoff, 63 (or 53%) lost their elections, according to data from the National Association of Business Political Action Committees.

It’s a stretch to say they lost because of their rejection of PAC money, but it’s reasonable to assume they failed because they weren’t in step with the views and priorities of voters. Despite the claims of activists who insist that Americans hate PACs and want to pay for elections with public funds, polls just don’t support that storyline.

A Public Affairs Council/Morning Consult poll in early fall revealed that 55% of Americans considered PACs an acceptable way to fund elections and only 23% found them unacceptable. This favorability score rose by four percentage points from 2019 to 2020. Support cut across party lines, with 57% of Democrats and 61% of Republicans approving of PACs. 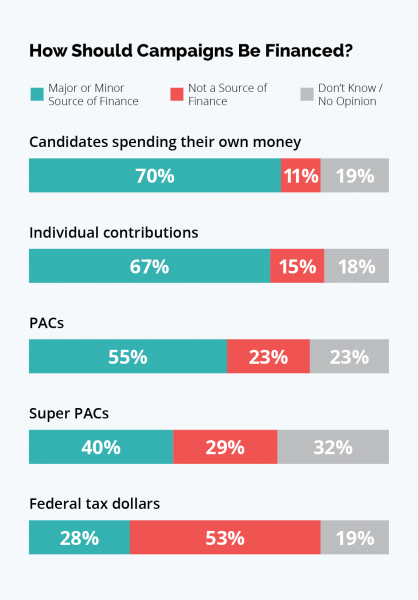 Young voters, age 18 to 34, who are often assumed to be the most suspicious of business political activities, approved of PACs by a 59% to 14% ratio. The next youngest group, age 35 to 44, favored PACs by a ratio of 57% to 18%. Ironically, the strongest opponents of PACs tended to be older, less educated Americans — people who more closely resembled Trump’s base than Biden’s base.

The most popular method for funding elections was candidates choosing to spend their own money. Seventy percent of the public approved of this approach and only 11% were against it. In second place were individual contributions, favored by 67% and opposed by 15%. In fourth place (behind PACs) were super PACs, which were supported by 40% and opposed by 29%. Finally, in fifth place was the strategy of using federal tax dollars to finance elections. Only 28% of the public found this to be an acceptable approach, while 53% found it unacceptable.

There is no denying that Americans believe corruption in Washington is a major issue. That is, after all, why Trump’s promise to “drain the swamp” gained traction in 2016. But which swamp creatures, and which of their actions, are the most distasteful to the public?

In another Public Affairs Council/Morning Consult poll, conducted in 2019, we asked the simple question, “What’s wrong with Washington?” Of the 10 options presented, the four most common criticisms were focused on politicians, not lobbyists or PACs. In particular, the public was critical of politicians more concerned about being reelected than making good decisions, who use their power and influence to increase their wealth, who are overly partisan, and who spend too much time raising money for their next election. More than 60% of the public rated those four as major problems in the U.S. political system.

In contrast, only 39% said PACs were a major problem, a score that landed them in last place among the 10 options. Once again, ratings from Democrats and Republicans were within the margin of error, and younger voters were the group least concerned about the PAC issue.

So why, then, have so many Democratic candidates eschewed contributions from business PACs? “The no-corporate-PAC pledges are a way of virtue signaling, and this can be a powerful political tool,” said Meredith McGehee, executive director of the advocacy group Issue One, in a recent interview with Roll Call. That’s certainly true, but virtue signaling only works if the public believes the politician is being sincere and if Americans genuinely care about the issue.

The fact that many pledge-takers have continued to accept contributions from leadership PACs (which are funded largely by business and trade association PACs) has only fed the narrative that politicians will say anything to get elected. So has the hypocritical scheme of reaching out directly to executives from companies with PACs to ask them to make personal contributions.

As for the saliency of the campaign finance issue, Gallup’s monthly polling on Americans’ views of the most important problems in the U.S. had the coronavirus dominating the rankings for most of 2020. By November, as the elections drew near, in second place was concern about the government and poor leadership. Tied for third place were race relations and economic problems.

Campaign finance reform — especially reform seeking to ban an accepted practice that encourages political involvement and requires transparency and adherence to hard-dollar limits — wasn’t even on the list.

Nor should it have been. 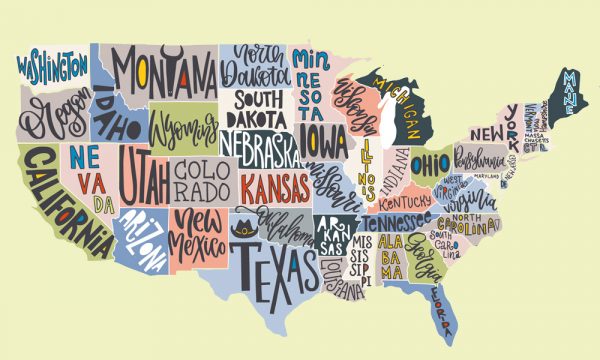 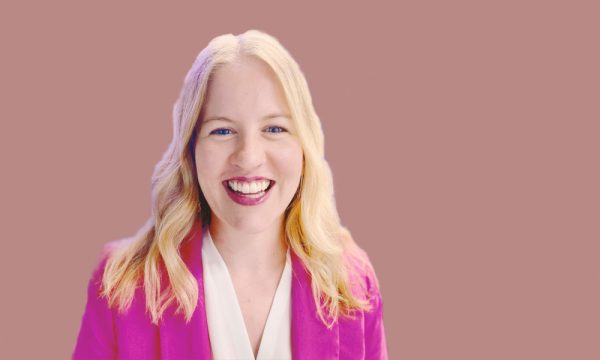