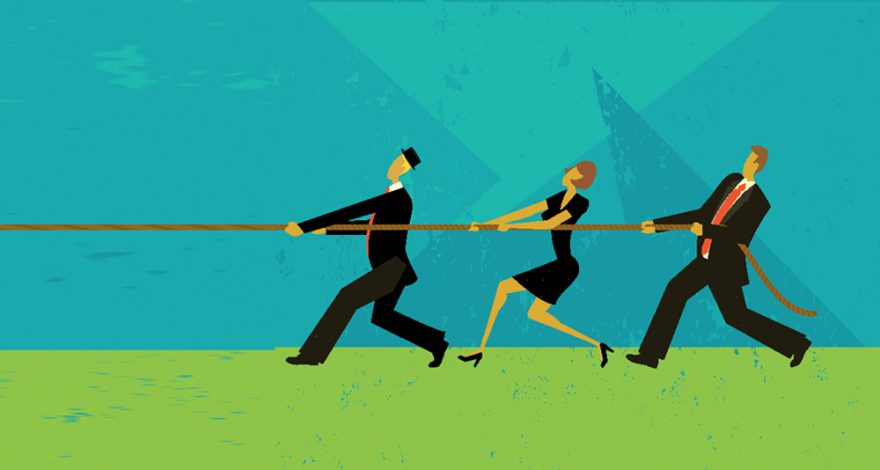 It was, by almost every account, the juiciest moment in the mid-December Democratic presidential debate. Elizabeth Warren lambasted Pete Buttigieg for his fundraiser “that was held in a wine cave full of crystals and served $900-a-bottle wine.” Warren said she “made the decision many years ago” that billionaires “in smoke-filled rooms” and “wine caves” would not pick the next president.

Buttigieg, who pointed out that he was the only candidate on the stage who isn’t a millionaire or billionaire, responded by accusing Warren of “issuing purity tests you cannot yourself pass.” Warren, he said, had done precisely what other presidential candidates have done: She had made sanctimonious statements about not accepting money from rich donors, not telling the electorate that she had transferred millions of dollars from her Senate races — contributions not subject to the same restrictions — to her presidential war chest.

Meanwhile, of course, all the candidates who disdain the influence of money in politics and take the ‘no PAC money’ pledge routinely brag about how much money they have raised. And they wouldn’t twist themselves, yoga-like, into these holier-than-thou postures if doing so didn’t strike a chord with voters.

“There’s no secret that people don’t like all the money flowing into presidential campaigns,” says Nick DeSarno, the Council’s director of digital and policy communications. “But the huge amounts of money they find objectionable aren’t coming from corporate PACs. Unfortunately, what End Citizens United, the group that’s behind the ‘no PAC money’ pledge, isn’t saying is that the Citizens United case had nothing to do with corporate PAC contributions. There’s been no real major change in the law regulating corporate PACs since 1976, when campaign finance reform was enacted.”

The candidates taking the pledge aren’t admitting this either, and it is little wonder the public is confused. These and related challenges faced by PAC managers and their members will be the subject of a Corporate Political Involvement Fireside Chat, a panel at the Council’s National PAC Conference in Miami in early March.

“This will be an informal conversation with practitioners,” DeSarno says. “There won’t be formal presentations or case studies. But there will be the opportunity for lots of back-and-forth with attendees. Participants will be able to share their experiences in a time when the public has become so distrustful of the influence of money in our elections, and practitioners will offer the benefit of their expertise.”

Adrienne Marks, a PAC director for Visa, describes the environment as “challenging, but not toxic. Despite the current polarization, it’s just our job to educate employees about our PAC. It’s our job to help them better understand our PAC and to demystify it — how we use it to promote the company’s interests, not those of any individual, that we’re nonpartisan and that our board is serious about striving to maintain a 50/50 ratio of Republicans and Democrats. And we don’t support presidential candidates. We have offices and employees all over the country, in New York, Miami, Austin and San Francisco, just for starters. This makes for very diverse employees with different interests. That’s one reason they need to know our contributions aren’t based on our personal interests or who we happen to ‘like.’”

They also play a negligible role in presidential campaigns. “Most corporate PACs don’t give to presidential campaigns,” DeSarno explains. “Attacking them and saying you won’t take their money is just low-hanging fruit. Groups are urging candidates to refuse corporate PAC contributions because it’s such an easy pledge to make. It’s virtually cost-free to anyone running for president.” (The laws regulating corporate PACs are no different from those regulating labor union PACs — which frequently support Democratic hopefuls.)

It’s no wonder PAC managers have to focus more of their efforts on educating than in the past. “We now find ourselves spending more time countering the negative rhetoric than we ever have before,” says Micaela A. Isler, NABPAC’s executive director and another panelist in Miami. “We have to do a lot of educating with our own internal constituencies, giving them the tools they need to defend themselves.”

“I wouldn’t say the public is cynical about PACs,” says Marks, a panelist in Miami, “but PACs are under more scrutiny. Candidates who take the no-corporate-PAC-money pledge don’t seem to fully understand that the contributions corporate PACs make to candidates are not out of the corporate treasury but are voluntary contributions from employees. It’s hard to change that perception, but part of our job, as I said, is to demystify PACs and their role. One thing we have found is that employees’ views about the PAC improve the more they learn about it — that it’s all highly regulated and transparent and that all contributions are reported to the FEC so there’s no ‘dark money’ they need to worry about.”

“It’s important that the public better understand what corporate PACs do,” DeSarno says. “PAC managers are learning to refer to their organizations as ‘employee-funded PACs,’ which is a more precise description. What they do is bundle hundreds of thousands of small donations, and the average contribution to one of these PACs is often smaller than the average contribution of donors that the Democratic presidential candidates like to brag about. The public doesn’t understand this yet — but there are efforts underway to remove the confusion about corporate PACs.”

“We’ll be talking about some of them and some of the other important work being done at our panel in March at the National PAC Conference.”