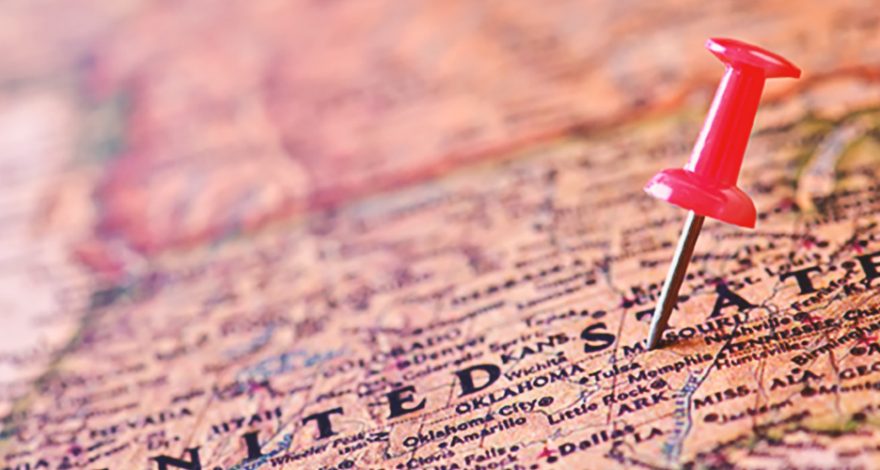 A little-noticed effort by progressive groups to support what The Washington Post calls 75 “largely obscure candidates” for state legislatures underscores a significant development in American politics.

Winning majorities in statehouses seems more urgent than it has been in decades, with big implications for public affairs professionals who work at the state and local levels.

Three liberal groups are spending $10 million on digital ads for the midterm elections in an effort “to give Democrats control of chambers that will play an outsized role in the next round of reapportionment,” the Post reports. That’s why the money will be spent in the five key states of Florida, Michigan, Minnesota, Pennsylvania and Wisconsin. Organizers say it is the largest such online effort ever waged on behalf of candidates in down-ballot elections.

The effort also reflects an understanding by political insiders stressed by Michael Cohen, the founder and CEO of Cohen Research Group, in his remarks at the Council’s State and Local Government Relations Conference in Alexandria, Va., in late September.

“If there is a ‘blue wave’ in the midterms,” Cohen said, “it will probably take place at the state and local level, rather than nationally.” At the national level, the idea that Democrats will be swept into office is probably overhyped, he explained. Nationally, fewer Americans believe that the country “is on the wrong track” than was the case in 2010 — the tea party movement’s boiling point — and in 2014. “In part, this is the case because Democrats today are not as angry as Republicans were in 2010 and 2014,” he said.

The shift in the policy action front from the federal government to the states has not gone unnoticed by political observers. Gridlock has characterized the culture in Washington for several years, and the acidic partisanship that grips Capitol Hill has only intensified with the Trump presidency. “There’s a lot of talk these days in Washington, but mainly that’s just people arguing with each other,” says Elizabeth Bartz, president and CEO of State and Federal Communications Inc., of Akron, Ohio, which has been working in state capitals for 30-plus years.

More than three years ago, the Post reported that one consequence of gridlock in Washington was increased activity — and spending on lobbying — at lower levels of government. “When nothing’s happening in Washington, D.C., it’s happening in the states,” a former Republican speaker of the Colorado House, told the Post. “You tend to see all these public policy issues work their way down to the state level because, whether it’s an environmental organization or a Fortune 500 company, they’re still going to try to move their agenda.”

Although spending at the state and local levels has increased, lobbyists who work in the state capitals still are not getting the resources they say they need to maximize their effectiveness. Sometimes this reflects the fact that national organizations simply “don’t know the field of play,” Bartz says. “They don’t realize how complicated it is to do state-level lobbying. They might have six people who are responsible for dealing with 535 members of the Senate and the House. But at the state level, they have maybe the same number of lobbyists to cover 7,000 state legislators. There are 50 states and 300 municipalities, and clients expect us to work for them in all these jurisdictions.”

It is difficult for national organizations to understand how complicated state-level lobbying can be. “All of these jurisdictions have different lobbying laws,” according to Bartz. “Take Los Angeles, for example. They have one lobbying law for Los Angeles County, a different one for the city of Los Angeles, another one for the LA school district and still another one for the transit authority. And if you get any of this wrong, as a lobbyist, your competition will call you on it. Massachusetts has the strictest lobbying laws in the country, but Boston has none at all.”

Even so, companies and associations seem reluctant to spend as much on state and municipal lobbying as they do at the federal level, in part because they still seem convinced that the real game is played in Washington. They don’t understand either the threats posed to their businesses in statehouses — or the opportunities that exist.

“The states are running serious deficits these days,” says Peter J. Shelly of Shelly Lyons Public Affairs & Communications in Harrisburg, Pa., home to one of the country’s only full-time state legislatures. “That means they either raise taxes or create new ones to make up for the deficit. So you have to fight to protect your clients from having their taxes raised or — if they aren’t taxed now — from being taxed. That’s on the threat side.”

On the opportunity side, companies stand to gain whenever there are calls for the improvement of public services. “Right now, there’s a strong push for better roads and bridges, better public schools, and better hospitals and other health care services generally,” Shelly says. “There might be threats to your clients if funding these projects means raising taxes, but there are also opportunities to get a piece of the action as they spend money in these areas. There’s often talk of privatizing some of these functions, like prisons, and there is an ongoing effort to use technology to improve government operations.”

Then, too, national companies have huge footprints in many states. “Amazon has something like eight distribution centers here in Pennsylvania alone,” Shelly says. “That means Amazon has to stay on top of all the regulations affecting their operations here and in other states.” Much the same can be said of Walmart and big-box stores. (And of course, the lobbying activity doesn’t stop there. State and local governments lobby the federal government for their own slice of the budgetary pie.)

To be effective, lobbyists — like everybody else wanting to stay competitive — have to keep pace with technological change. “Until just a few years ago, lobbying at the state level was mainly a matter of working relationships at the state capitol building itself,” Shelly says. “But with social media, lobbying in the states has changed dramatically. Now you can make a noise across the whole state, with grassroots programs and the like, so things are no longer confined the way they once were. It’s a whole new ballgame.”

A major challenge even for public affairs professionals who understand the importance of state-level lobbying is their inability to communicate their value to company higher-ups. They might have nailed the intricacies of digital advocacy, but they still don’t speak the language of the offices that control budgets in their company.

The Language of Profit and Loss

“With top executives, profit and loss statements are an obsession,” says Rick Ferraro, president of Iron Peak Alliance, which advises government affairs clients. “Executives are constantly bombarded from every department positioning themselves, in profit/loss terms, for the next budget. They’re showcasing how they generate bottom-line results for the company.”

But the public affairs shop within the company, whose own budget is constantly threatened, doesn’t even speak the same language the CEO speaks. This is likely to be  the case at the state and local level. “Too often, the public affairs people talk about how many meetings they’ve had with lawmakers, or how many employees contributed to the PAC,” Ferraro says. “While the CEO is thinking that paying dues to the trade association should be enough, and may be reluctant to fund the function generously, many public affairs people haven’t learned to communicate their value in profit/loss terms.”

Iron Peak has developed its own tool for quantifying clients’ impact in dollar terms, either from protecting company revenues from losses or opening new business-development opportunities. Whatever mechanism you use, Ferraro says, “you should sit down with your company’s finance people and come up with rough but defensible estimates of each of the four types of profit/loss consequences of your activities. The CEO doesn’t care how many meetings you’ve had, even though that number might seem like a way of putting numbers to what you do.”

Making these determinations isn’t east. “State and local professionals deal with many more jurisdictions across a large field of issues, so they have many more moving parts to deal with,” Ferraro says. “The sheer [volume of projects] requires a little effort to pull together, but it is the summary of the overall P&L impact that executives are curious about. We advise clients to think in terms of creating a top-down view of a full ‘portfolio’ of issues. Then, to size the potential P&L impact along key segments of the portfolio, for example, by state or type of issue.”

As far as the CEO or chief financial officer is concerned, Ferraro says, “those activity numbers are just costs to the company. But when you begin to quantify profit and loss, then you are speaking the language that the business units use, and that has power. If you’ve helped defeat a bill that would have cost the company millions or opened up a new business opportunity that can mean millions of dollars in new revenues, you need to learn to talk about it in those financial terms.” These figures can be estimates, of course, and need not be precise. “The numbers you use to measure the value of your efforts are not to be thought of as an audit exercise,” he emphasizes. “They are not accounting tools, but management tools. The point is to change the way the company thinks of your activities and the way it responds to what you do.”

Thomas DiGangi Jr., vice president, government and regulatory affairs, for the Gordian Group, recommends not only quantifying your efforts but also integrating them wherever possible with the company’s sales team. “That way, you also help the sales team do its job better, again contributing in a more powerful way to the organization’s bottom-line success, by defending, expanding or opening markets,” DiGangi says. “You should work with the sales team to craft messages that influence not just potential clients and customers but that also influence influencers — legislators and other elected officials, for example.”

What’s important for company higher-ups to understand is how much more winnable fights at the state and local level can be, at least compared with prolonged battles in Washington. This is true in elections, but also in terms of controlling entire legislatures. Local contests “are often decided by surprisingly small margins,” the Post reported in its story of the effort by progressive groups to elect 75 state legislators. During Virginia’s last off-year elections, Republicans “held a seemingly insurmountable 66-34 majority in the Virginia House. Ultimately, control came down to one race that was tied—even after a recount. The GOP wound up keeping control only because its candidate’s name was pulled out of a bowl during a random drawing.”

The lesson here might be that some things in politics just can’t be anticipated, much less controlled. But where influence can be exercised, attention should be paid. And these days, it is state capitols and city halls, not just Washington. And there’s a kicker. Action at these lower levels can spark responses in Washington.

“Activist groups realize that, at least right now, you’re more likely to see change at the city and state level, and you can use that change to force federal action,” says Chris Bender, the Council’s vice president. “We saw this with GMO labeling: Progressive states such as Vermont, Rhode Island and California enacted their own laws. Then Congress created a uniform standard, in essence giving advocates a federal victory. We’ll see this trend continue, where action at the state level brings about a response from Washington.” And that’s another reason to keep and stay active at all levels of government.