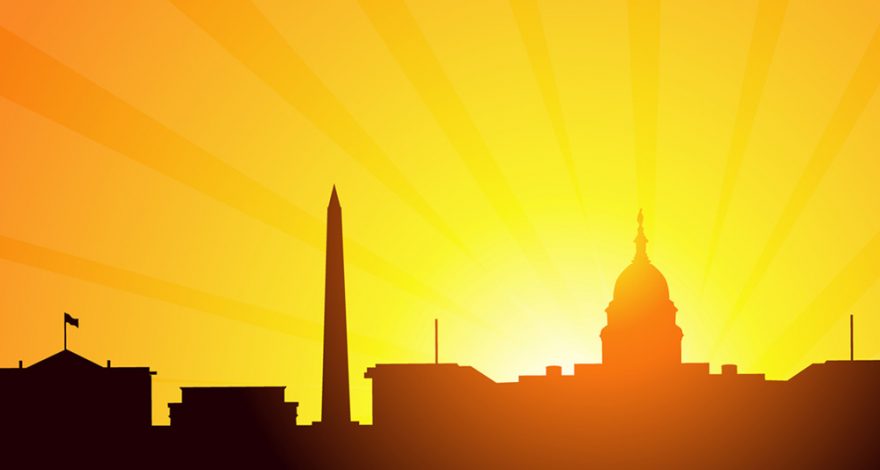 Recent exposés of the operations of highly ideological fundraising organizations and their vendors raise troubling questions about how their donors’ dollars are being spent — and about how these outfits compare to conventional corporate PACs.

There’s the Democratic Coalition Against Trump, for instance. This super PAC raised more than $750,000 in 2017 and 2018, most of it from donors who contributed less than $200 each. But it spent only $2,350 on independent expenditures to support Democratic candidates or oppose Republicans. Much of the money went to a consulting firm run by Scott Dworkin, the super PAC’s founder, and to other individuals with financial ties to the Democratic Coalition. A good deal of it seems to have gone for “online messaging,” meaning Dworkin’s “opposition research.” In August 2017, he predicted that Trump would resign “in the next 2 weeks.”

Although such practices are hardly confined to the political left — we’ll talk about the Conservative Majority Fund in a minute — anti-Trump fervor has given rise to “resistance grift,” in the words of Mother Jones, whose own left-of-center credentials cannot be questioned:

“The same urgency that has fueled grassroots organizing, fresh new voices, and investigative journalism has also spawned their opposites — organizations that raise money but seem to spend it on nothing substantial; public figures who exploit the spotlight for their own motives; and citizen sleuths hyping dubious information to growing legions of followers. Or, in the case of Michael Avenatti, all of the above.”

Take Mothership Strategies, for example. Just 4 years old, this digital consulting firm has “raked in tens of millions of dollars from a tide of small donations that flowed to Democrats during the 2018 midterm elections,” The Washington Post reports, making it “one of the highest-paid vendors” trying to unseat Republicans.

The firm says it helped raise $150 million for clients in the 2018 election cycle, according to the Post, “collecting $35 million for its services from political committees during the past two years.” But it charged clients a commission of 15% for funds raised online, “much higher than the industry standard of 7 to 10%.”

Mothership’s payroll rose from a staff of 40 in January 2017 to 100 by December 2018, while its three founders — one is only 25 and the others are in their early 30s — “purchased homes worth more than $1 million each in snazzy Washington neighborhoods.”

Then, on the other side of the ideological spectrum, there’s the Conservative Majority Fund. The group “has raised nearly $10 million since mid-2013,” ProPublica reports, “primarily from thousands of steadfast contributors to conservative causes, many of them senior citizens.”

But it made just $48,400 in political contributions. Much of the money appears to have gone to the fundraisers themselves, giving rise to a new term of abuse, “scam PACs — organizations that take advantage of loosened campaign finance laws to reap windfalls for insiders while directing only a small portion of receipts to actual political advocacy.”

Conservative groups figured out how to raise large sums from small donations back in the 1970s, with the rise of direct mail, a technique since superseded by online fundraising. Many of these operations gave relatively small percentages to candidates, though a case can be made that such ideologically driven groups were designed for more than bankrolling political campaigns. The same might be said, in all fairness, to groups like Dworkin’s Democratic Coalition.

“In the 1970s, when Richard Viguerie and other fundraisers used direct mail to raise money, they were on the far end of the political spectrum, so maybe there were only a handful of candidates they wanted to give money to,” says Robert G. Boatright, chair of the political science department at Clark University.

Other Forms of Advocacy

The author of Getting Primaried: The Changing Politics of Congressional Primary Challenges and the Routledge Handbook of Primary Elections, Boatright notes that direct mail was itself a form of advocacy — a way, as conservatives at the time saw it, of bypassing the “mainstream media” to communicate directly with grassroots supporters.

“These groups would also engage in advertising, and then they would tell their donors what they did with the money,” he says. “It’s the same for some super PACs. MoveOn PAC was like that, where they measured success not just on how many of the candidates they supported won their seats. They wanted to move the needle in other ways, too.”

In any case, nothing remotely like the practices of the independent PACs has ever been reported on the part of corporate PACs. “Virtually 100% of money raised by corporate PACs is contributed to candidates,” says Kenneth A. Gross, a campaign finance law expert and partner with Skadden, Arps, Slate, Meagher & Flom. “Because the company itself pays the cost of fundraising, there are no administrative costs being paid for out of contributions. There is also complete transparency.

“And to my knowledge, no corporate PAC hires outside firms to do the actual fundraising and is then paid a commission on what they raise. Sometimes they will hire a vendor for a flat fee to advise them on how to increase their donors, but that’s about the extent of it.”

Corporate PACs “are accountable to their donors, often face to face,” says Kristin Brackemyre, the Council’s director of PAC and government relations. “PAC professionals have to work very hard to maintain and hopefully increase their donor base. If there isn’t a high level of transparency, including regular communications about the PAC’s activities, participation will decline.”

Most corporate PACs, Brackemyre says, have only about a 10 to 15% participation rate. They also tend to be bipartisan, looking for moderate candidates on both sides of the aisle, unlike ideological PACs with a very narrow focus.

Contrary to popular belief, “companies aren’t eager to spend money on politics, and they often have a very small staff doing this,” Boatright says. “They want to remain on good terms with a wide range of members of Congress, for example, in both parties. Whenever I teach this subject, I use the example of National Grid USA here in Worcester, Mass., which gives to Republicans and Democrats. And what their PAC is interested in is highly technical stuff that the average voter doesn’t care about anyway.”

Organizations pushing money into the system are typically on the fringes of both parties, right and left, and often agitate for controversial causes. “In the Democratic presidential primaries,” Boatright says, “candidates are incentivized to raise lots of money online, because to get on the debate stage, you need to have a certain percentage in the polls and a threshold number of donors. That’s why voters can be deluged with online ads asking them to give just $1 whether they plan to vote for that candidate or are just curious. Also, these contributions go to the candidates who get voters excited — Bernie Sanders in 2016 and, going back a ways, Howard Dean.”

While not exactly a scandal, the posturing of political candidates saying they won’t take money from corporate PACs is nonetheless remarkable. PAC donations mostly support incumbents in legislative races and rarely if ever go to candidates in a presidential primary. In Senate and presidential races, corporate PACs can give only $5,000 per primary and general election. “A Senate race can cost $10 million, so it’s important to keep these corporate dollars in perspective,” Boatright says. “A presidential race costs $1 billion.”

Candidates who act like they “are making a huge sacrifice by eschewing corporate PAC dollars don’t talk about labor PACs,” says John Fogarty, senior counsel in the government and public affairs practice group of the law firm Clark Hill. “It’s significant to compare the two. Between Jan. 1, 2017, and Dec. 31, 2018, corporate PACs raised $8 million over that two-year period, while labor PACs raised $56 million. Both groups gave essentially the same amount that they raised,” which means labor PACs contributed seven times as much.

Corporate PACs “are really just a bundle of voluntary contributions from individual employees of the corporation,” says Lauren A. Wright,  associate research scholar in politics and public affairs at Princeton University. “Voters should ask themselves what a candidate is implying by condemning corporate PAC money. Would they have made different decisions otherwise? Would they have behaved differently somehow or run their campaigns differently if they took the money?”

“The message should probably be (and the research actually shows this) that campaign donations have little bearing on what candidates do once they are elected,” Wright says. “Donations can result in more personal access to the candidate, but in general there is not a discernible relationship between donations and voting behavior in Congress, for instance.”

There’s potential for abuse — and outright corruption — in any scheme for bankrolling campaigns, and there are plenty of organizations of all political persuasions that operate ethically. “But citizens wanting to know for sure that their dollars are being used responsibly,” Brackemyre says, “can’t go wrong giving to their corporate PAC.”