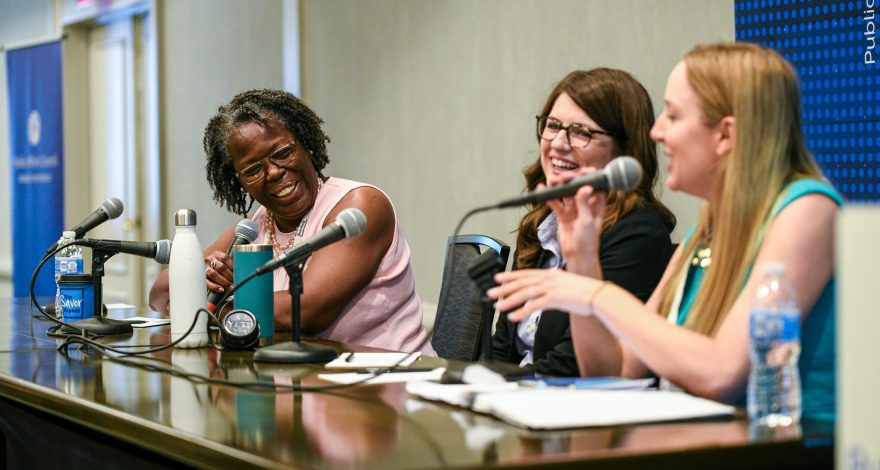 Experts and elected officials weigh in on social media consequences and opportunities, and expanding polarization during the State and Local Government Relations Conference.

The morning after an especially severe snowstorm last winter, Montana Lt. Gov. Mike Cooney left his house, dug a nearby fire hydrant out of the snow and tweeted out a picture of it. “Decided today was as good as any to find our neighborhood #firehydrant,” Cooney wrote. “Firefighters have enough challenges.”

Cooney, a speaker at the Council’s State and Local Government Relations Conference in late September, was astounded by the response. “People went wild,” he said. “Firefighters tweeted it out, and the whole thing went viral.” 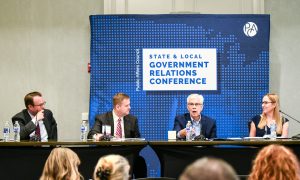 The state where Cooney has been in one public office after another since he was in college isn’t exactly on the leading edge of social media advocacy. The legislature meets only once every two years and then for only 90 days. Montana is a rural state, too, whose population density is seven people per square mile; New Jersey’s is 1,200 per square mile.

“Politics in Montana is very personal,” Cooney said. “You really do run into the governor at the grocery store.” So when using social media, it’s important to “keep it personal. You have to use it to promote that personal touch.”

And if you fail to do so, you’ll suffer the consequences. “If a constituent tries to contact you through social media about some issue, and you don’t get back in touch with them, they’ll be quick to tweet out that you don’t bother to respond,” Cooney said. “There are positives to [this interaction], but downsides too. Social media is replacing ‘real news,’ for example, and that’s scary.”

Michael Steel, a partner with Hamilton Place Strategies, sees the same dangers. A former senior adviser to Florida Gov. Jeb Bush’s presidential campaign and press secretary to House Speaker John Boehner, Steel said social media “has replaced local newspapers as transmission belts for information.” Just as elected officials need to be prepared for the perils of social media, Steel noted that organizations should have a plan in case policymakers wage their own Twitter battles.

Unfortunately, the same restraints that professional journalists operate under don’t apply. “People have a First Amendment right to say things that aren’t true, and they aren’t reluctant to exercise that right,” Steel said. It’s not even possible — not yet — to know if the people sending messages to an elected official are even people at all. “You can’t tell whether what you’re receiving is real or by bot,” he said. “So that’s a challenge.”

Nationally, President Donald Trump and Rep. Alexandra Ocasio-Cortez (D-N.Y.) have used social media to influence what the public and the news media talk about, with impressive effectiveness. Twitter and other platforms have yet to be used with such success at the state and local levels, but elected officials and activists are catching up. Danica Roem, the first openly transgender person to be elected to the Virginia General Assembly, “has 82,000 Twitter followers,” said another speaker, Virginia Del. Patrick Hope. “Here in the commonwealth, we’ve seen social media used for overall messaging and fundraising, but we haven’t seen it moving policy yet.”

But its influence in Montana has been undeniable. A Facebook group devoted to helping find information about missing indigenous women has assisted with a crisis that state lawmakers had failed to address effectively. “We tried numerous times in the legislature to deal with this issue,” Cooney said. “But activists using social media have applied pressure, and we’re finally seeing some response. And it all started with a grassroots effort.”

More Ideological Than Ever

Increasingly, we can see the partisanship and polarization that afflicts Washington, D.C., now seeping its way into state and local politics, too, including how social media is being used by legislators. “Politics is more ideological than ever, and there are more safe seats,” said former Maryland Gov. Robert Ehrlich Jr., a Republican. “So it’s harder for politicians to do anything counterintuitive. When a Republican does something good for the environment — that’s counterintuitive. When a Democrat does something beneficial for big business — that’s counterintuitive. I’ve worked to clean up the Chesapeake Bay and on criminal justice reform, and that’s counterintuitive. And when an elected official takes those kinds of positions, your base won’t like it and your opponents will never give you credit for it. There’s no constituency for that, which makes it hard to get things done in a cooperative, across-the-aisle way.” 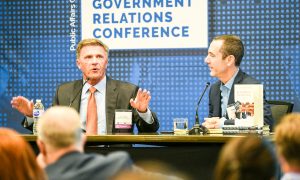 Former Governor of Maryland Robert L. Ehrlich, Jr. gave the inside scoop on why legislators and regulators decide to support or oppose policies.

Although demographics in the states are changing, this won’t likely result in decreased partisan divides. While the population as a whole “is becoming more diverse, Hispanics, Asian Americans and other racial minorities tend to be concentrated in noncompetitive states,” said Robert Griffin, research director of the Democracy Fund Voter Study Group. Griffin’s organization does not make predictions, he is quick to point out, but it does run simulations and, based on its analysis, there is little reason to believe a new Era of Good Feelings is on the horizon.

“Educational attainment levels are rising,” Griffin said. “In 1980, non-college-educated whites made up 69% of the electorate. Today that’s down to 44% and falling. The percentage of white college-educated Americans is also rising, and they lean Democratic, which is a new development.” If current demographic trends hold, he said, Wisconsin, Michigan and Pennsylvania, which voted for Trump in 2016, will go blue in 2020.

Millennials tend to be more liberal and more Democratic than baby boomers, but the idea that they will become more conservative as they grow older might be mistaken. “This idea that people always become more conservative as they age fails to recognize that millennials are entering a stage of life where people are unlikely to change their minds about politics,” Griffin said. None of this data bodes well for Republicans, and there’s scant reason to assume Americans will become less partisan in their attitudes.

Nor does this development offer encouragement: “A lot more [of the debate] at the state and local level is caught up in national politics than used to be the case,” Griffin said. This sentiment echoes something Cooney said: “People now run for office claiming, ‘I will not compromise!’ or ‘I won’t work with the governor!’ And people love that. But then they complain that the government doesn’t work.”

But sometimes, of course, government does deliver. And this can occur in surprising ways. State Sen. Sarah Elfreth, the youngest woman ever elected to the Maryland State Senate, counts among her accomplishments in office ending the practice by Anne Arundel County police of asking victims of sexual assault to waive their rights to an investigation. 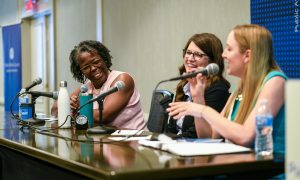 After the Baltimore Sun reported that Baltimore-area police departments persuaded victims to waive these rights more than 200 times in the previous two years, Elfreth in February simply called the Baltimore County executive, “and two minutes later, it was done,” she said. “The practice was ended.”

“I’m just an old social worker, trying to do good,” said State Rep. Gilda Cobb-Hunter, who has been a member of the South Carolina House of Representatives since 1992 and is the first African American woman elected to the legislature from her county. “I was a lobbyist, too. For 27 years, I was a volunteer lobbyist, fighting for victims of marital rape.” Cobb-Hunter always preferred to work for change “behind the scenes,” but running for office made sense — especially when others urged her to do so.

Legislatures are becoming more diverse, with record numbers of women taking office in 2019. And women have an impressive record for passing legislation they sponsor. “One study shows that the average female member of Congress has 2.31 of the bills she sponsors enacted, compared with only 1.57 for the men,” said Kelly Memphis, the Council’s government relations and stakeholder engagement manager. “As women take more seats in state legislatures, we assume we may see the same level of effectiveness. One thing we are seeing is that the type of policy women legislators are pushing trends towards issues like justice reform, health and safety.”

Even so, Elfreth said, “passing bills isn’t the only way you get things done.” That’s especially true at the state and local levels.

Related article – When the Action Shifts to the States