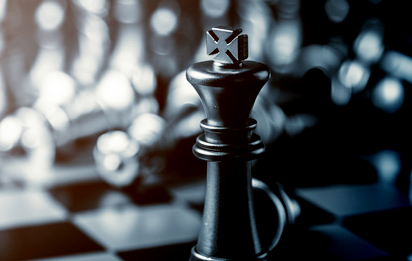 Every year or so, Laura Naramore seizes an opportunity to supplement her practical education in public affairs with an academic program. “I need to stay current in advanced strategic thinking,” says Naramore, senior strategy adviser to MITRE. “At this point in my career, I’m looking for something that goes deeper than figuring out what markets make the most sense for whatever organization I work for. I want something that is more strategic than the nuts and bolts of marketing.”

“Most programs, even at the university level, approach strategy as a marketing discipline only,” Naramore says. “But, as its title indicates, Stanford’s program goes beyond the usual focus on markets and marketing to more substantive issues that any organization must deal with.”

Michael Lurie, senior vice president of brand strategy at Constellation Brands in Zug, Switzerland, who also participated in last summer’s program, explains it this way: “The issues we face are no longer primarily marketing issues. It’s no longer enough to offer a good product at a good price. We’re now dealing with government relations, reputation, social responsibility and all of that, and doing so at the international level.”

Program planners are building on last year’s experience in designing this summer’s session at Stanford’s campus, Aug. 20-27. Because last year was the first time Stanford offered the program, Ken Shotts, a political scientist and co-director of the program, says, “We just didn’t know who would participate and were pleasantly surprised at the number of attendees who were from non-U.S. companies with major investments in this country.”

Half the participants were from companies based outside the U.S., including representatives of business organizations from France, Russia, India and Mexico. Faculty members also bring a high level of real-world experience, with international expertise. Former Secretary of State Condoleezza Rice will participate again this year. So will David Demarest, vice president for public affairs at Stanford, former communications director in the Bush-Quayle White House and the Council’s 2016-17 chairman.

“What I really benefited from in the Stanford program was the interaction with the other students, who were from all over the world. They presented a diversity of viewpoints, but there was also a lot of common ground because we are all facing a lot of the same issues.”

“A great deal has changed since last fall’s presidential campaign,” Shotts explains. “Trade policy, for example, now has an urgency it did not have in 2008 or 2012. But immigration is also on the front burner, with tremendous implications for companies, especially when it comes to the labor supply. This is true both for highly skilled, ‘elite’ employees as well as the ‘non-elite’ workforce. This isn’t just an important policy concern for Silicon Valley companies.”

Lurie is also gratified by the international emphasis. “For 12 years, I was in-house counsel to this company, which is based in Rochester, N.Y.,” he says. “I dealt with federal and state laws and regulations, and all other rules that apply to our products, which are wine and spirits, a highly taxed, highly regulated business.”

But about two years ago, Lurie was promoted to his current position, which requires expertise in international brand strategy. “This presents a lot of new issues for me,” he says. “What I really benefited from in the Stanford program was the interaction with the other students, who were from all over the world. They presented a diversity of viewpoints, but there was also a lot of common ground because we are all facing a lot of the same issues.”

Of course, the program’s faculty also plays a significant role. Alberto Orozco, vice president, exploration, for Toronto-based Argonaut Gold, found Rice’s 2016 presentation inspiring. “She provided insights into international relations that were, for me, unique. I’d never had that opportunity before,” says Orozco.

Rice, of course, can provide an insider’s look at political risk, which is also an area Shotts says the program will emphasize as it evolves. “In the U.S., people are used to thinking of political risk in terms of the Middle East, for example,” he says. “But we all need to recognize that today, political risk is everywhere, especially for companies that are based elsewhere but have substantial investments in this country.”

The participants — the other “students” — contribute in ways that complement the faculty. “We’ve been extremely happy with the energy of participants and their level of engagement,” Shotts says. “They are well-informed, knowledgeable professionals who enjoy talking about the challenges they all face. Of course, we want senior-level people with a lot of experience, but we also design the program for people who are just getting up to speed on some of these higher-level strategy issues. So far, the feedback we have gotten from participants indicates we’ve been able to keep them all happy.”

“I like to be challenged,” Naramore says. “I like to be surprised, and I learned a lot from other participants’ points of view, which they ‘owned’ and were willing to defend without feeling some need to be ‘right.’ There were great discussions, where we pushed it as far as we could. Over and over, after talking over some challenge we all face, I’d think, ‘I’d love to work with that person.’”