Startups need more than a clever idea, money and talent to launch a business.

They must also clear regulatory and legal hurdles that can delay a product, force a company to change its business model or shut down the enterprise altogether.

In highly regulated industries and professions, it can be close to impossible to overcome barriers supported by entrenched regulators, politicians and companies. But, as two Canadian researchers point out in a Harvard Business Review article published in October 2017, insurgent firms like Uber, Airbnb and Tesla have succeeded by mobilizing the public and other stakeholders to become advocates. 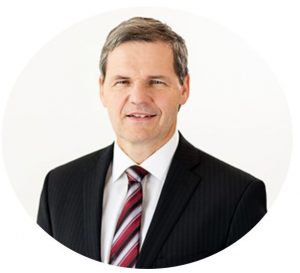 Council President Doug Pinkham says startups are still navigating how to stay on the right side of regulations.

Uber has used the petition strategy to engage consumers in at least 10 cities, chiefly in North America and Europe. In Toronto, the authors note, Uber gathered more than 90,000 signatures supporting ride-sharing — a move that helped persuade the city council to permit the company to operate. In London, one of Uber’s most important markets, a petition that gained more than 850,000 signatures gave the company a reprieve from efforts to shut it down.

Insurgent firms engage partner organizations to bring credible voices to the public policymaking table. For example, Uber has partnered with Mothers Against Drunk Driving (MADD) to support studies showing that ride-sharing helps to reduce impaired driving. In some cities, MADD has spoken positively about ride-sharing at municipal hearings.

Consumer clubs are perhaps the most innovative of the three strategies because they connect users with each other and help to orchestrate advocacy activities. Holburn and Raiha explain that Airbnb’s “home-sharing clubs” in 100 cities around the world bring people together to discuss regulatory and political issues and facilitate political involvement.

Similarly, Tesla has a Tesla Owner’s Club Program that requires clubs to support local legislative efforts and assist with survey groups and new software tests. In 2014 the Washington state club helped to pass legislation permitting the company to expand its direct sales model.

These grassroots strategies don’t just work for tech-sector disruptors or small companies, however. Reading the HBR article reminded me of other examples. In 2012 Southwest Airlines wanted to fly international routes from Hobby Airport in Houston, but the city council and major competitors using George Bush Intercontinental Airport were against the idea.

That’s when the company created its “Free Hobby” campaign, which enlisted the help of employees and the local community to conduct a massive petition drive. To give its online petitions more impact, the airline printed out the signatures on paper and delivered them in boxes to city hall.

But the petition drive was only part of the plan.  Media outreach, plus T-shirts and other collateral proclaiming, “Houston, We Have a Solution,” helped to attract local and national attention to the effort, which resulted in a near-unanimous city council vote favoring the company. In the same way, Uber, Airbnb and Tesla have drawn extensive news media coverage and social media buzz to their campaigns, which have magnified their impact.

As in other areas of business, sometimes the most valuable lessons are learned when everything doesn’t go according to plan. Holburn and Raiha admit that consumer advocacy doesn’t work for every company, for every issue or in every location. Uber’s petition drive in Calgary, Alberta, in 2015 was disappointing when only 14,000 people — 1.2% of the city’s population — signed on. Holburn and Raiha say this outcome was predictable because the taxi industry had widespread support in the community, but Uber didn’t pay attention to polling.

For insurgents, that’s lesson number one: Don’t call for a public vote of confidence if you don’t yet have the votes.

As an update to the HBR article, I’ll add lesson number two: Once you have disrupted an industry, slow down and get things right. Uber found this out the hard way in September when Transport for London finally decided not to renew its license to operate.

New CEO Dara Khosrowshahi, in an email to Uber employees obtained by The New York Times, said he thought the decision was unfair, but that “the truth is that there is a high cost to a bad reputation.” Khosrowshahi was referring, of course, to controversies about the company’s former CEO, workplace culture and approach to background checks, among other issues.

Nevertheless, many observers think Uber will find a way to return to London. ”Any disrupter that is playing in a regulated or unionized market is going to face counter-disruption through legislation and social protests,” said Bill Bosworth, CEO of DataStax, in an article in Forbes. “They will all have to figure out new rules.”