The Perils of Political Reform 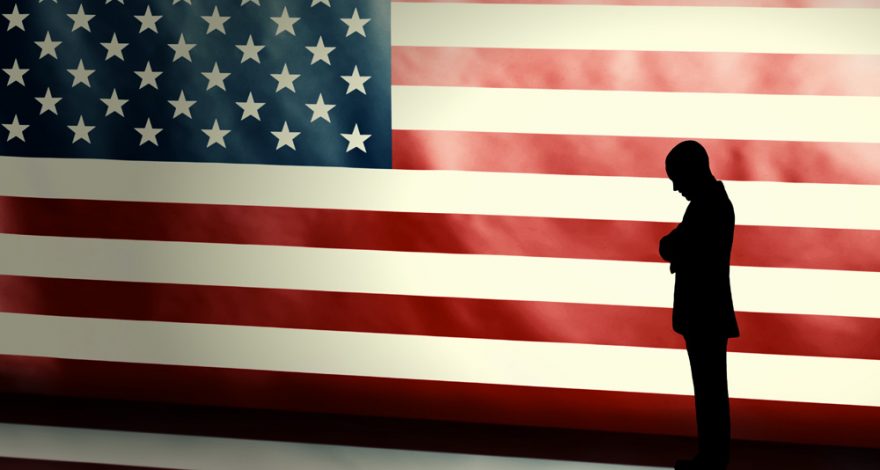 The Perils of Political Reform

In Politicians: The Worst Kind of People to Run the Government, Except for All the Others, Bruce K. Chapman takes a fresh look at the rise of “middlemen” in American politics and the toll taken by a shift of power away from elected officials.

A founder of the Discovery Institute, Chapman has served in all levels of government — a member of the Seattle City Council, secretary of state for Washington state, director of the U.S. Census Bureau in the Reagan administration and U.S. ambassador to the UN Organizations in Vienna. His first book, written with George Gilder, was The Party that Lost Its Head, a critique of the 1964 presidential candidacy of Barry Goldwater.

Exactly how long have you been active in politics?

It depends on what you mean by active, but I attended my first political convention in 1952 when I was 11 years old. I had written a fan letter to Robert A. Taft urging him to run for president again. I got a form letter back telling me he’d be counting on me to help him get elected, which of course didn’t happen because Dwight Eisenhower got the nomination and then won the presidency. But I got to go to the convention — my father lived in Chicago at the time — and have been hooked on politics ever since, first as an editorial writer for the New York Herald Tribune and as a candidate or officeholder. I’m concerned about our political system today because I believe so strongly in it. Politicians and politics are undervalued these days.

Undervalued in what way?

The system is now overrun with what I think of as middlemen — professional reformers and the groups they work for, academics, consultants of one kind or another, and the news media especially. The media, rather than the politicians, sets the agenda, and that is not how the system is supposed to operate. Friends on Capitol Hill tell me that if a senator returns to the office and there are four calls — three from committee chairs and one from the host of a cable show — the first call they return is to the host of the cable show. It is worrisome that these forces over which the people have no control have so much power, when it is through their elected representatives — and their elected representatives only — that the people exercise their sovereignty.

And you also have concerns about the way the media frames the debate? 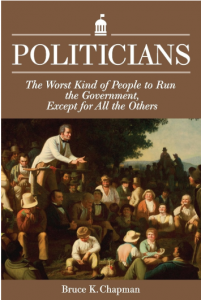 My concern is that there is no genuine debate anymore. These so-called debates, where a lot of candidates are on the stage at the same time, aren’t really debates; they’re cattle calls. There is no sustained discussion of issues in a meaningful way, in which the electorate can ponder the issues and reach a thoughtful conclusion about issues.

What, exactly, is your objection to the role of what you call the middlemen?

My objection is not that they are not good people who take what they do seriously and believe in the political process. The overwhelming majority of the ones that I know are smart, good and well-informed people. But the system has leached away so much power from the elected officials that these unelected political professionals play too great a role. The result is a kind of political demoralization, where the politicians are seen as the problem and the people become cynical about government in general.

How has this demoralization occurred?

I see it as stemming from attempts to reform the system to the point that it is, in significant ways, unworkable. You can trace this back a long way, but the beginnings of it took form during the Progressive Era and, a little later, under Woodrow Wilson. Now the Progressive Era did some good things, by reforming the civil service system and cutting back on political patronage. But there is a corrosive logic to reform, which Wilson epitomized in his belief that “experts” should be running the government and that intelligent people should go to college to learn to be administrators of government.

This was the notion that decisions about policy should be made not by politicians — who are supposedly corrupted by “special interests” — but by supposedly unbiased experts?

That’s exactly right, which is based on the mistaken and dangerous notion that you can take the politics out of politics. Which you cannot and should not do. We have so “reformed” the system that politicians can no longer meet quietly and privately and make the kinds of deals that enable the system to operate. The drive toward “transparency” had made it increasingly difficult for a democracy to function effectively. Democracy is messy; it requires compromise and the accommodation of different interests. It is impossible to take the politics out of politics because if you try, you just drive the deal making underground, where it can really be corrupt. Abraham Lincoln was a great president, but he did things that today would be considered Machiavellian. He traded votes, he made deals. And politicians have to be able to do that or the system breaks down.

Is it the politicians who get blamed when the system doesn’t function?

Yes, and that’s a real problem. People are encouraged to disparage politicians, when, from my experience, the more you know of them and of our political system, the more you respect them and the role they perform in our society. The most significant feature of our civilization, I believe, is representative democracy, which unfortunately we now take for granted and believe it can be reformed. That’s a dangerous idea, because the reforms people so often seek actually make the system worse. And then there is a demand for further reform, and the vicious cycle continues.

Can you offer an example?

Sure. We have over-regulated our campaign finance system. And in the absence of real debate — which I mentioned a moment ago — the reporting shifts from policy to reporting on minor technical violations of campaign finance regulations. We’ve replaced the discretion of political candidates with legal and regulatory restrictions, which is what so much of the reporting these days is about — that and the personalities of the candidates. I think our personality-driven campaigns are an artifact of the campaign finance reforms of the 1970s. These reforms favored individual political entrepreneurs — like Ross Perot, Michael Bloomberg, Tom Steyer and, of course, Donald Trump — over the political party organizations that once chose the candidates.

Politics is messy, you write, because life is messy.

That’s the point. When you over-regulate the system, you turn investigation and prosecution into political weapons. What was it that Stalin’s secret police chief said? “Show me the man, and I will find the crime.” That’s how our campaigns these days seem to work. No one wants to make public their tax returns for the past 10 years. That’s a lot of work, and if your life has been complicated, then someone somewhere will be able to find something in it to make something ugly out of. This drives decent people from wanting to run for office. Mitch Daniels of Indiana is a first-rate man. He was a terrific governor and is doing a bang-up job as president of Purdue University. He has been married, divorced and now remarried to the same woman, and with this in his background, he is never going to run for president, and that is a loss to our system. Our system needs people like that, but the way it operates today, more and more people decide it isn’t worth the trouble.

In the absence of serious debate and in-depth reporting, you also write about the search for the “Freudian slip.” Can you explain?

Yes, it is analogous to reporting on the details of campaign finance violations. Reporters today, and all the other political commentators, are forever looking for that off-the-cuff remark, or something written or said years ago, that is embarrassing or insensitive. When they find such a thing, the reporters and commentators assume that this is the “real” person and that whatever they have said or done in their lives doesn’t count. Something they said 20 years ago negates things they have actually done. And there is no sense of perspective in the way these things are covered. Something Tucker Carlson or Beto O’Rourke said 10 years ago is reported with the same urgency as are decisions about whether or not to bomb North Korea. It’s crazy.

What can be done to fix the system?

There is no quick fix, unfortunately, and we’re encouraged, for the reasons I just stated, to expect and demand quick fixes. That assumption is a product of all the forces I’ve just mentioned. The two things that need to be done will take time. One is to teach civics again in our schools, so that citizens learn about how our government was designed to function, and the other is to bring back real debate over issues. This will take time, energy and effort.