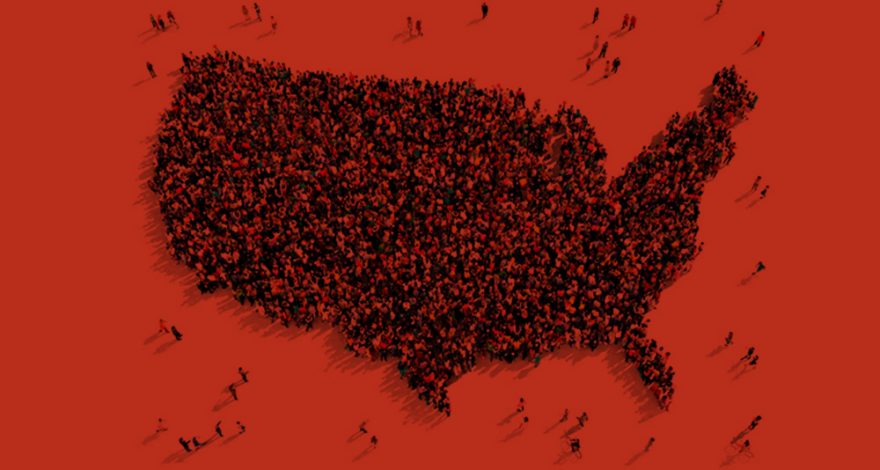 What is “nationalism”? Is it a destructive force in international politics, or a necessary precondition of any stable system of government?

In The Nationalist Revival: Trade, Immigration, and the Revolt Against Globalization, John B. Judis, an editor-at-large at Talking Points Memo, tackles the sporadically controversial subject, suggesting fresh ways to look at the issue. Judis’ other books include Genesis: Truman, American Jews, and the Origin of the Arab/Israeli Conflict and The Populist Explosion: How the Great Recession Transformed American and European Politics. (“White nationalism,” a relatively recent term referring to racist and xenophobic political associations, is a different subject from that which Judis addresses in his book.)

Too many of us think of two related developments — the rise of populism and of nationalism — as a peculiarly American phenomenon. We think of them in terms of the Trump presidency, as if comparable movements aren’t shaping European politics as well. And that this is something new. Your thoughts?

Nationalism isn’t new. Historians trace it to ancient Egypt and the kingdom of Judah, and I share that view. There was a sense, even then, that when we are at war, we are united as part of the same nation. And in this country, there have been periods in which nationalism was viewed in a more positive light than it is today. Lincoln, for example, was a nationalist, keeping the nation together through the Civil War. Teddy Roosevelt popularized the “New Nationalism.”

And George McGovern ran for president as a Democrat with the campaign slogan “Come Home, America.” That sounds nationalistic, isolationist and even like President Trump’s use of the phrase “America First.”

That’s right. So it is a mistake to regard nationalism as something confined to the political right, as seems to be the case these days. And it should not be dismissed as xenophobia or bigotry, the way many commentators seem to suggest in the Trump era. But what is significant right now is how Trump has made a form of nationalism a central motif of our politics — as some groups in Europe have done as well — as a way to divide people. It is worth keeping an eye on, certainly, because — for good reasons — it is associated in Europe with the rise of Hitler and Mussolini. That’s why in some influential quarters there, the idea of nationalism itself became anathema.

And a response to that kind of nationalism led to the organizations, agreements and alliances that kept the peace in the postwar world?

That’s right, so this response had a positive effect. It led France and Germany to create those structures to ensure that they didn’t go to war with each other again. But over time, this thinking led to the notion, especially on the part of people wedded to the European Union, that seems to deny that a healthy sense of nationalism could even exist.

You quote a New York Times video series claiming that “national identity is made up,” that it’s a myth.

And that’s just not true. Being part of a nation with a national identity is a real thing, and it can contribute to a healthy democracy, and efforts to deny or dismiss this fact aren’t helpful. This claim also ignores the forces in any society that can in fact lead to a resurgence of a troublesome nationalism.

Immigration in Western European countries is a genuine concern and should not be dismissed as just bigotry. In Germany, during one 12-month period, there was a flood of 1.2 million refugees from the Middle East, which was concerning. That would be the equivalent of 5 million Middle Eastern refugees coming into this country. Countries have borders for reasons. They’re necessary. We must have policies to handle this, for a number of reasons.

Such an influx of refugees can cause legitimate concerns for our workers. Many refugees through the years have been unskilled. Many don’t speak English, and they compete for jobs at the lowest levels of our economy. This leads to a serious labor surplus at the low end.

And this is occurring at the same time that globalization has also led to insecurity in many American communities.

That’s right. There is a labor cost and a social problem as well. This is occurring in what were once coherent neighborhoods, where young people could grow up expecting to do the jobs their parents did, where there was a neighborhood bar and all that. Those were middle-class jobs, with strong labor unions — meatpackers, autoworkers and the like. Much of that has been stripped away, and suddenly there is an influx of people speaking Spanish or Somali, and, yes, some culture shock is to be expected. That’s why it is so unfair to equate concern over these changes with bigotry or something. Ignoring these feelings is an invitation for the worst kind of nationalism, instead of helping create the conditions in which nationalism is a good and healthy thing.

Nations and nationhood are real. It is something people feel a part of, not as strongly as they do as part of a family, which is biological. But it is a real and natural feeling of identification, and stronger, for example, than the feeling I used to have as a fan of the Oakland Raiders until I just gave up in disgust. We learn and grow up with a basic identity as Americans, and that feeling is necessary not only to preserve our democracy but also, I would emphasize, to support a strong and healthy welfare state.

Support for a welfare state is not something we usually associate with nationalism, is it?

No, it isn’t. But it should be. That’s part of the challenge we face. A healthy nationalism looks out for others — for people we will never know or even see — just because they are also Americans. But now we’re seeing too little of this attitude. That’s an aspect of nationalism that we’re losing sight of.

Nationalism isn’t one thing, is it?

No, it’s not, because nations are complicated, and they have complicated stories. Ours is a country that enslaved African-Americans and committed genocide against Native Americans. But we have also done a far better job assimilating different ethnic groups with different backgrounds than any other nation in the history of the world. I lived in Berlin for three months during the George W. Bush presidency, which I did not support. And all I heard from Europeans was how terrible America is, and I’d get defensive just like anyone else would. I would have to tell them that yes, Americans did these things, but we have also over 250 years welcomed people of all kinds of backgrounds and really have, in the process, created a genuine melting pot. And that’s something to be proud of.