You, Too, Can Catch That Disney ‘Magic’ 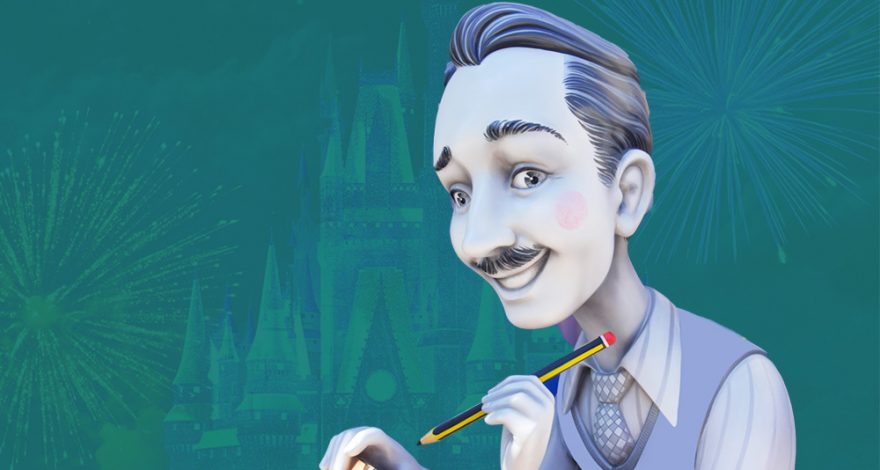 You, Too, Can Catch That Disney ‘Magic’

Pat Williams says he is “fascinated by the subject of leadership,” which has led to a near-lifelong fascination with Walt Disney.

An impressive leader himself, Williams, after a two-year stint as a player in baseball’s minor leagues, was the general manager of four NBA teams, including the 1983 champion 76ers. He is now senior vice president for the Orlando Magic, a franchise he helped establish. In 1996, he was named one of the most influential people in NBA history.

In Lead Like Walt: Discover Walt Disney’s Magical Approach to Building Successful Organizations, Williams and co-author Jim Denney explore the secrets of success behind what Disney himself said when asked what was the most rewarding experience of his eventful career: “The whole damn thing. The fact that I was able to build an organization and hold it.”

There’s no evidence, is there, that when Walt Disney was a farm boy back in Missouri, he had a grand vision that propelled him to move to Hollywood and become such a towering figure in so many areas of the entertainment business — in movies, television and theme parks?

No, not at all. But even as a not-so-great commercial artist in his 20s, he had an amazing ability to spot the opportunities there were in the entertainment industry. It was Disney who brought color to cartoons, who developed the first full-length animated feature, moved into movies and television, and theme parks. 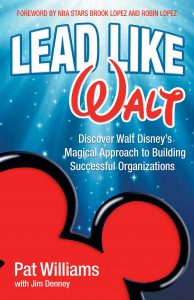 But he wasn’t just a visionary. He was, you write, a realist.

Yes, that’s important to understand. There are plenty of brilliant ideas floating around out there and always have been. Walt had great ideas, and he could elicit great ideas from people he surrounded himself with. But — this is the key — he had an uncanny sense of what the public would pay for.

Regarding those brilliant people he had around him, he also had a reputation for being a micromanager. That’s not considered a great way to motivate creative people.

That’s not exactly fair. As the organization he led grew, he saw the big picture, and he recruited and hired the best people. But then, day to day, he gave them the authority, the freedom, to do their best work. But he was always aware of what people were doing. This is fascinating: Late at night, he’d snoop around the office and look in people’s wastebaskets. He wasn’t spying. He just wanted to make sure that they weren’t throwing away their best work.

Today, “authenticity” is thought to be almost essential for a persuasive public image. But the way Disney presented himself — warm, affable and easy to be with — wasn’t the “real” Disney, was it? By some accounts, he was shy and often grumpy.

I think of it this way: As Walt became famous, there were a lot of demands on him to be a public personality. And he had to work very hard at that. He became extraordinarily famous, and he had to make some adjustments to play that role. The public wanted to see and meet him. He had an apartment at Disneyland, and he made a point of going out among the people who came to Disneyland. He’d wander around, welcoming them to the park. There are hundreds and hundreds — maybe thousands — of accounts of how he’d meet people there and do kind and generous things for them. He was forced to be with people, and he got to be good at it. But it took a lot of work on his part. He was a private person, and no, he wasn’t naturally the warm and charming person he seemed to be when he would talk to viewers at the beginning of his Sunday night television show.

And his success wasn’t all smooth sailing, was it?

He got into television when a lot of people in the movie business looked down on it as beneath them. But Walt saw its possibilities, and for a time saw it as a loss leader. A lot of movie people saw TV as the enemy, but he didn’t. It you watch the old TV show, you’ll notice that he is using his programs to promote Disneyland. He talks about it all the time. And his show was on ABC because that was the network that would give him the money for the show. The two bigger networks at the time, CBS and NBC, turned him down.

He had some financial setbacks too, right?

He had a major bankruptcy early in his career, and two nervous breakdowns. And he’d bounce back. He just wouldn’t quit. He said later in life that “one good failure” was good for a person. It taught them a lot more than success alone did. He epitomized resilience and even coined a word for it, “stick-to-it-ivity,” which referred to that ability he had to just hang in there, despite the difficulties.

Did Tom Hanks in Saving Mr. Banks give a realistic portrayal of the man?

Yes, I think he did. You left the theater after two hours and felt you had really gotten to know Walt. You got a good sense of how he managed to get things done, despite all the obstacles. If he had an idea, and all the other important people at the table didn’t like it, it made him all the more determined that it was a good idea. And if everyone immediately liked it, it made him think he must be wrong. It is a testament to him that 50 years after his death, his company keeps growing. There’s a magic to it.

What you’ve said is important to entrepreneurs to think about, but what example does Walt Disney leave for most of us, who are employees or managers and aren’t likely to produce movies or establish theme parks?

Related article – How to ‘Bounce Forward’ not Just ‘Bounce Back’