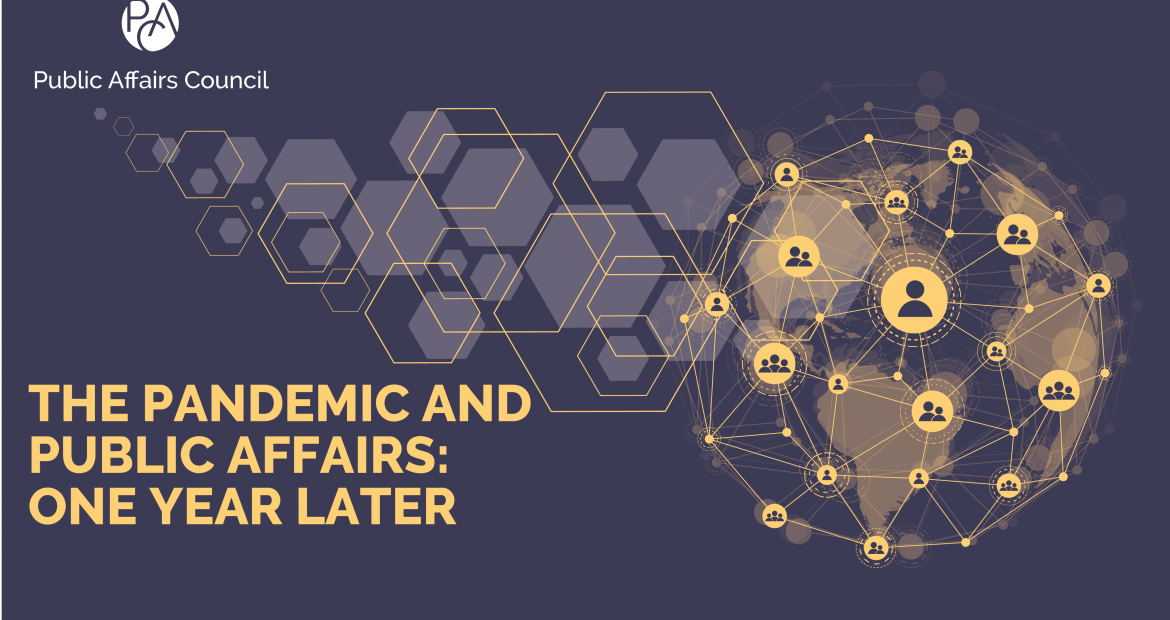 Washington, D.C. – Video conferencing won’t be going away once the COVID-19 pandemic is over, says a new Public Affairs Council poll. In fact, the study finds that 87% of government affairs executives say it will become increasingly common to use video conferencing for lobbying. And a plurality (46%) claim that video calls can sometimes be more effective than face-to-face meetings.

The survey of 157 government affairs executives, conducted in April 2021, provides an update on a similar survey the Council conducted in May 2020 shortly after the COVID-19 pandemic became a serious global health threat.

“Advocates of all types adapted quickly to the restrictions put in place because of COVID-19,” said Public Affairs Council President Doug Pinkham, noting that video calls are only one of several key strategies available for engaging elected officials in the absence of in-person meetings. “Since last year’s survey, we’ve seen a rise in the use of digital advocacy tools such as online grassroots campaigns, virtual fly-ins and social media advertising. These are long-term changes that won’t recede when congressional offices open their doors again.”

Digital Advocacy is Rising, but is Traditional Lobbying Waning?