An Update on Public Affairs in Russia 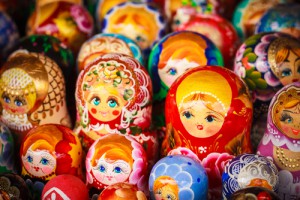 An Update on Public Affairs in Russia

Russia is a notoriously difficult business environment for foreign companies. Although Russia was granted Permanent Normal Trade Relations status with the U.S. and joined the WTO in 2012, a certain degree of protectionism persists within the country’s economic and business climates. Today, Russia is a fundamentally authoritarian system, and everything from government to business is based on personal relationships. The government is directed by a vertical power structure based on strong executive control, with the president holding considerable influence over both legislative and judicial branches. It is vital to develop a strong understanding of the Russian political power structure and how other companies run their on-the-ground operations. As in many other markets, Russian business is about who you know and who can speak on your behalf.

Social and political risk within the country is further exacerbated by the prominence of corruption in business practices. In the last 15 years, Russia has been consistently ranked in the top 20 percent of most corrupt countries. Small businesses are especially affected by such practices because they have less capacity to put business on hold in order to resolve bureaucratic issues or commit to the potentially high legal fees related to resolving conflicts through legal means. The Russian judicial system offers insignificant protection and corruption in local and national government is still widespread.

The Evolution of Public Affairs

Public affairs in Russia was characterized by smear campaigns and “black PR” during the 1990s, which were often associated with lying, deception and generally dishonest business practices. By the early 2000s, the function began to develop in a more positive direction as Russia became an increasingly more important participant in international business and had to adjust previously accepted practices to meet global standards. Today, public affairs involves well thought out communications campaigns, reputational research, social media strategies and a stronger adherence to up-to-date trends and techniques.

Despite general improvement since the 1990s, public affairs practitioners continue to face a number of challenges. Russian businesses are often impatient with public affairs initiatives and are not always willing to accept that reputation management is a continuous process that requires months of work and attention to brand strategy, and that will not produce the desired results overnight. The Russian approach to public affairs is also less formalized than a “Western” one based on traditional business methodology and is made less reliable due to a lack of clear standards, a strong presence of bureaucracy and faith in intuition instead of adherence to an accepted corporate code of conduct.

Furthermore, there is no specific legislation or regulation directed towards lobbying activities in Russia. The legislative process is driven by a top-down approach and the few PR firms that specialize in government relations are often ineffective. Russian officials have a relatively distorted understanding of how lobbying works in the U.S. and the EU, as journalists, corporate executives and politicians in Russia can often be manipulated through blackmail — or simply bribed. While countries like the U.S. and the U.K. have strict anti-bribery laws — such as the Foreign Corrupt Practices Act (1977) and the U.K. Bribery Act (2010) — the absence of such legislation in Russia leaves the ethics of business more open to interpretation. International companies in the Russian market would do well to build relationships with various business associations on the ground (e.g., Russian Chamber of Commerce and Industry, Business Russia, Opora, Association of European Businesses in Russia, American Chamber of Commerce in Russia, US-Russia Business Council, Association for International Pharmaceutical Manufacturers). Companies prefer either to have their own departments of public and external affairs or to engage with local business associations or consultancies that represent foreign companies. Industry associations are useful for approaching government representatives to whom you must present a strong case for how your operations will benefit both the private business and government interests.

Sanctions and the economy

A number of import restrictions have been imposed on various agricultural products originating in the  EU and Turkey since 2014. Safety is the most often-cited reason for these restrictions, and the government has publicly demonstrated that it would rather destroy Western food by burning it than to hand it out to its citizens. The Russian government also claims that sanctions and countersanctions will eventually promote import substitution and growth of the national economy. However, such isolation may only further undermine the country’s export growth in new markets for transportation, tourism, agriculture and other goods.

Sanctions were originally imposed on Russia in July 2014 in response to its annexation of Crimea and its continued unwillingness to commit to a cease-fire in Ukraine. Since then, the U.S. and EU have renewed these sanctions and have added more restrictions, further limiting transactions on military equipment exporters and oil industry technology. A number of state firms and over 200 individuals also face travel bans and asset freezes in the U.S. and EU, while state banks have been restricted from raising short-term loans in the European Union. In his 2017 end of year press conference in December, President Putin claimed that “the recession is over,” citing a growth of exports, increased FDI, and a climb in the price of oil. However, Russia still faces difficulties in accessing foreign financing — especially because of limited foreign investment coming from the EU, one of Russia’s main trading partners. Efforts to improve trade relations elsewhere — notably, in China — have brought few tangible agreements or economic benefits. On March, 12, 2018 the EU moved to extend economic sanctions against Russia for another six months. However, it is important to note that some EU member states with strong commercial ties to the Russian market (e.g., Germany, Italy) have shown signs of resistance to the continued sanctions.

Authorities are becoming increasingly nationalistic in their actions and rhetoric, often emphasizing the Russian greatness and ability to withstand difficulties in a times of crisis. Not all decisions made in government are based on economic logic, which can result in a heightened degree of regulatory uncertainty for international companies. Multinationals need to be able to prove their loyalty to the domestic system in order to continue doing business.

An ideological shift and Russian optimism in times of crisis

Russians are used to solving their own problems by working through informal channels, as formal institutions are ineffective and not well-regarded. However, this low trust level does not reflect opinions on the state of the country as a whole. Despite sanctions, the falling value of the ruble and the overall weakening of the economy — driven, in large part, by falling oil prices — Putin’s approval ratings have remained high throughout the recession. While both the government and experts remain skeptical about Russia’s ability to introduce needed economic reforms, some Russian officials are optimistic about the country’s economy.

Russia also faces an ideological transformation toward more nationalistic and conservative values, a movement advanced mainly by a small group of power players. Although Russia lacks a well-developed civil society, public discontent could rise as standards of living continue to decline. For the last decade-and-a-half, Putin’s legitimacy has been based on a social contract with the public, by which rising living standards have been exchanged for unaccountability for the governing elites. As living standards become threatened by economic uncertainty and the government is forced to tap into the Reserve Fund and National Welfare Fund, Putin’s regime may face increasing risk of destabilization.

In addition, the government regularly media channels to instill an “us vs. them” mentality in Russian politics by actively employing a comprehensive program of propaganda and censorship to convince the public that the economic problems plaguing the Russian economy are driven by external sources and conspiracies. Such attitudes make the current business climate even less favorable for foreign companies.

What Outsiders Can Do

International companies should exercise due diligence to a higher degree, as political and perceived risks among shareholders and stakeholders of companies with business in Russia are high. It is best to view the regulatory environment with permanent uncertainty. Compliance with and local laws and regulations and transparency are essential — especially for Western companies that can be targeted for small violations motivated by politics. It is also important to not overlook local stakeholders — such as government officials, business owners and community representatives — when running your operations and particularly when employing region-specific business strategies.

It is vital to remain abreast of Russian actions in the international sphere (e.g., Syria, Turkey, Egypt) and get insight from local contacts. Having access to information will ensure that you are aware of local legislative initiatives, business developments and issues prioritized by community groups. One must approach Russia with patience, as any international business may initially be regarded with skepticism. Plus, it is more difficult to get open access to information than in Western countries where transparency is emphasized and encouraged. To counter this, establish as many contacts and sources of information and data regarding your sector as possible, and remain “in the know” about how government regulation could affect your operations. Be aware which Russian news sources are funded by the government, as they could present inaccurate or biased information than other independent outlets.

Continue to be a good corporate citizen

If a company intends to remain in Russia, it is critical to show a commitment to the Russian market and local communities. Government and societal priorities include sustainable health coverage, rising mortality rates and lifestyle improvements for the general population. Your public affairs and CSR initiatives should align with the government’s current priorities: public health, infrastructure, energy and environmental infrastructure projects. Foreign companies may also want to consider using local contacts and organizations to represent their interests to the Russian government in order to position themselves and their public affairs agendas in a more positive light.

Because multinationals have more resources, their potential to do well in Russia is high. Foreign company representatives must make an effort to understand Russians, who often operate under the misconception that foreigners do not want to understand them. Hiring a Russian national to help understand culture, behavior and the intricacies of the political system can generate confidence in your counterparts and make conducting business a more pleasant and successful experience.

It is also important to differentiate between your national and regional public affairs strategies. Although the central government in Russia has solidified a top-down approach in legislation over the last decade, it is still important to know the regional power players, as an accountability gap between the regional and central governments is an entrenched legacy of the 1990s. It is also important to remember that Russia is still directed by an economy of favors and that a strong network of contacts can be just as important as monetary resources. Government relations at the local level involves different priorities and rules, is less Western and much more susceptible to falling back into old Soviet tendencies and practices. Personal relationships play a more important role in the regions than in Moscow or St. Petersburg. Face-to-face meetings with business owners and public hearings that encourage community participation will simultaneously help you understand regional needs and increase trust in your company’s presence.

If your business has the resources, it is a good idea to engage a local specialist who knows the area well and can give you insights to regional business customs and practices. CSR initiatives are especially important for establishing your presence and a positive reputation in smaller cities, as regions tend to have less access to financial resources and corporate sponsorship for community improvement and development. Past examples of well-received projects have included city beautification, support for veterans and orphans, young professional development programs and any other initiatives that focus on local concerns in line with the government’s agenda.

A recording of the webinar, “Public Affairs in Russia,” is available for purchase. Click here to learn more.