Lobbying and Public Affairs in the EU 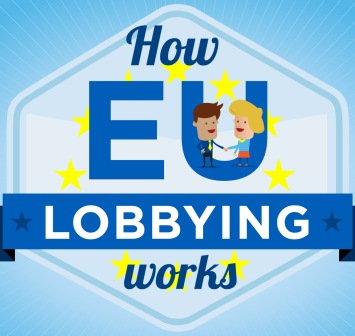 Lobbying and Public Affairs in the EU

For more than 55 years, Brussels has been the place where the European heads of state and government and the ministers of the European Union’s 28 member states, as well as their elected legislators gather to negotiate policies on subjects as diverse as financial transactions, farmland and honeybee health.

Lobbying and public affairs in the EU

Lobbying is broadly understood as government relations. In other words, a lobbyist’s primary target for action is a public official — legislator, regulator or bureaucrat. However, defining lobbying as only an activity conducted by private sector entities towards public bodies is therefore missing the point.

According to the Joint Transparency Register, the EU’s lobbying registry, anyone aiming to influence policy is considered a “lobbyist,” though the register does not use this exact term. By that definition, then, NGOs, religious entities, diplomats, local governments and academics may be considered to be “lobbying.”

In a corporate context, virtually no one would define themselves as a “lobbyist” and only a handful would do so even off the record. This is not out of political correctness or any negative connotation that go with the term but rather due to the fact that, in most cases, their job is far broader than just lobbying. It might include any or all of the following:

Who are the main public affairs players in Brussels?

There are 15,000 to 20,000 people working in “public affairs,” “lobbying” or “interest representation” in 8,000 lobbying organizations in Brussels. These organizations can be broken down into just a few categories:

Many of the individuals working for these organizations have responsibilities extending beyond Brussels to the whole of Europe, or to all of Europe, Middle East and Africa (EMEA).

How many ministers, members of Parliament and other officials are working in the 28-member EU today? And how many corporations, associations, NGOs and other groups are clamoring for their attention?

Here are a few facts and figures that bring EU public affairs into sharper focus. For more data and insights on EU lobbying, click on the infographic below.