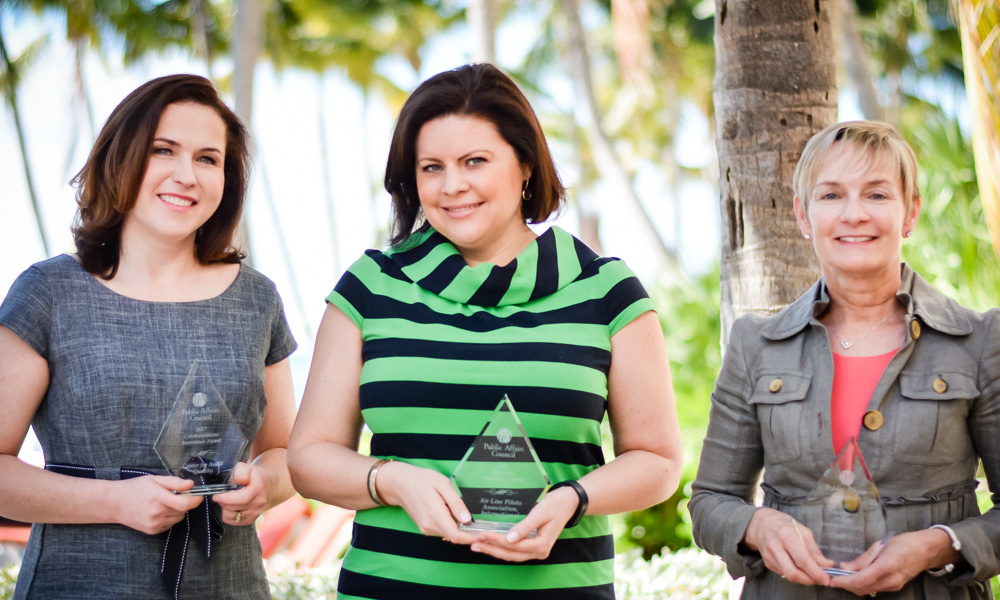 Advocacy is evolving, inspiring tremendous innovation in the process. But, just jumping on the next trend isn’t always the best strategy to advance your priorities. This year’s winners show that by blending well-established tactics with creativity and new ideas, programs of all sizes can find success.

The Public Affairs Innovation Awards celebrates organizations that have advanced initiatives that use innovation while being mindful of the audience they are trying to engage. “This year’s winners stood out to judges because they were innovative without forgetting the traditional tactics that have always mattered, mainly interpersonal connections,” says Hannah Wesolowski, the Council’s associate director of political engagement. “They all integrated a variety of exceptionally well-executed traditional as well as new tactics. Beyond that, these organizations implemented their programs very systematically, setting them up for long-term engagement and activism.”

This year’s awards celebrate the best in advocacy, and not just grassroots as in previous years. To coincide with the change in the name and scope of the conference from the Grassroots Conference to The Advocacy Conference, the awards program now recognizes outstanding innovations in three categories: Grassroots Innovation, Communication Innovation and Engagement Strategy Innovation.

Grassroots Innovation: Air Line Pilots Association (ALPA)
ALPA was dealing with a multi-year issue related to a foreign carrier operating in the United States. The issue picked up steam in 2016 because of the impending end of the Obama administration. To protect its membership and the impact this would have on domestic carriers, ALPA mobilized its members and the public in a multi-layered campaign that included a massive regulatory grassroots effort as well as engagement of congressional members.

Regulatory grassroots is notoriously tricky, but by marrying traditional and new techniques, ALPA inspired an impressive 42 percent of their members to engage. To reach these heights, ALPA first engaged its members with traditional calls to action and then expanded to include the public.

Using the hashtag #DenyNAI (referring to the foreign carrier requesting permission to operate in the U.S.), ALPA engaged on multiple social media platforms through rigorous targeting. Separately, ALPA created a unique widget that allowed the general public to contact the U.S. Department of Transportation (DOT) and then share this action on social media, ultimately creating 10,000 personalized letters in one month to the DOT.

Knowing that its members don’t sit in offices on computers all day, ALPA used an existing peer-to-peer network to spread the word. In their “Coffee=Action” effort, ALPA encouraged pilots to buy coffee for other members on the condition that they listen to a short pitch about the issue and take a flyer back to the cockpit. This was paired with a premium advocacy campaign targeting 80 House members who had not yet sponsored ALPA’s bill to sign on through social media targeting and traditional calls and letters. A quarter of those targeted signed on. “Facebook, Twitter and Instagram were essential elements to our campaign,” notes Vanessa Kermick, ALPA’s grassroots coordinator. “This direct interaction generated cosponsors for our bill, press hits and participation in our calls-to-action.”

Pilots took their message to Congress both in D.C. and at home. They met with every member of Congress in D.C. and 50 in district meetings. Keeping this campaign personal was key.

Kermick believes this victory will power the association’s long-term engagement strategy and help to secure the future of the piloting profession: “The next campaign we run will be made easier by the progress of this advocacy program today being better aligned to the culture of our line pilots.”

Communication Innovation: Center for Audit Quality
The auditing profession faces fierce competition for talent, particularly given rising demand within the profession for people with critical new skillsets in computer science, data analysis, and statistics. In this competitive environment, the Center for Audit Quality (CAQ)—a Washington, D.C. based group representing public company auditing firms—saw a need for a robust public advocacy campaign around talent.

In creating this campaign, the CAQ started with several assets. For one, research shows that young people who know an auditor personally are more likely to join the profession. Second, as a whole, the CAQ’s nearly 500 member firms have deep communications skills, solid connections to academia and other important groups, and global reach.

Armed with this knowledge, the CAQ launched a multi-year Discover Audit initiative. A cornerstone of this initiative was a social media “blitz,” under the banner of the #AuditorProud hashtag, to spread word about careers in auditing. For the blitz, the CAQ mobilized a grassroots army of auditing professionals to become ambassadors, not just of their firms, but of the profession as a whole—an unprecedented step in public company auditing. The CAQ developed videos, infographics, memes and sample messages in a “Blitz Kit” sent to members in advance of the day of action. A website, DiscoverAudit.org, was developed to capture and share social actions tagged with their hashtags. During the blitz, all social mentions flowed to the site, which featured a map showing the geographic diversity of auditors.

The CAQ also focused on targeting other influencers outside of their direct membership. Knowing that guidance counselors and career centers can make a big difference in helping students decide on a career path, the CAQ shared tailored Blitz Kits with schools, universities and other organizations representing auditors and CPAs. The CAQ further incorporated gamification into their efforts with contests like “the firm with the most social media engagement” or “best selfie.”

The #AuditorProud campaign saw significant results, with thousands of posts generated from more than 560 cities and 115 countries in a single day. CAQ Senior Director of Communications Erica Hurtt said one of the keys to success was making it easy for people to get involved. How so? The CAQ simply asked auditors to demonstrate pride in their work. “That easy ask,” says Hurtt, “helped get the CAQ’s grassroots base comfortable talking about their profession on social media.”

When asked why the #AuditorProud campaign was a success, Hurtt says that, “it showed that the profession and its people are vibrant, fun, social media savvy, and proud of the work they do.” The campaign also boosted morale within firms, established a healthy following for Discover Audit on Twitter and Instagram and raised the brand’s profile with important partners.

The company reviewed many cities in the U.S. and chose Houston as their pilot city, joining others around the world. They began by developing a local action plan with the simple goal of bringing the community together. Novo Nordisk knew that the effort would have more credibility if they engaged various stakeholders and aligned their efforts with their overall corporate mission and values. The key: letting the stakeholders drive the process and the priorities.

To undertake such a large endeavor, Gillespie says, “It was critical to establish a close-knit core team. In Houston, CCD partnered with the Houston Health Department as the lead and anchor partner, establishing credibility for the initiative. We strategically engaged a number of membership organizations that could provide access to and the perspective of a broader group of stakeholders.”

Working with data provided by CCD on barriers to health Houston citizens faced, the core team then conducted a series of roundtables with community partners. The team prioritized a series of local projects designed to address local needs. Ultimately, Novo Nordisk was able to bring together many disparate groups to focus on creating awareness and slowing the growth of diabetes in the city.

The effort was closely tied to Novo Nordisk’s overall company strategy. Because it was a large investment, it was crucial that it was fully supported by senior leadership.

“The Cities Changing Diabetes campaign works to tackle urban diabetes in Houston by embracing this triple bottom line philosophy,” explains Gillespie. “Multi-disciplinary and multi-sector engagement brings together critical stakeholders that seek to address the diabetes challenge in the city through economic, social, and environmental changes and interventions.”

About the Awards
The Innovation Awards are presented annually at The Advocacy Conference, and winners are invited to present their campaigns during the award ceremony.

The 2016 winners were Novozymes and the American Bar Association.

To learn more about the Innovation Awards, visit pac.org/innovationawards.