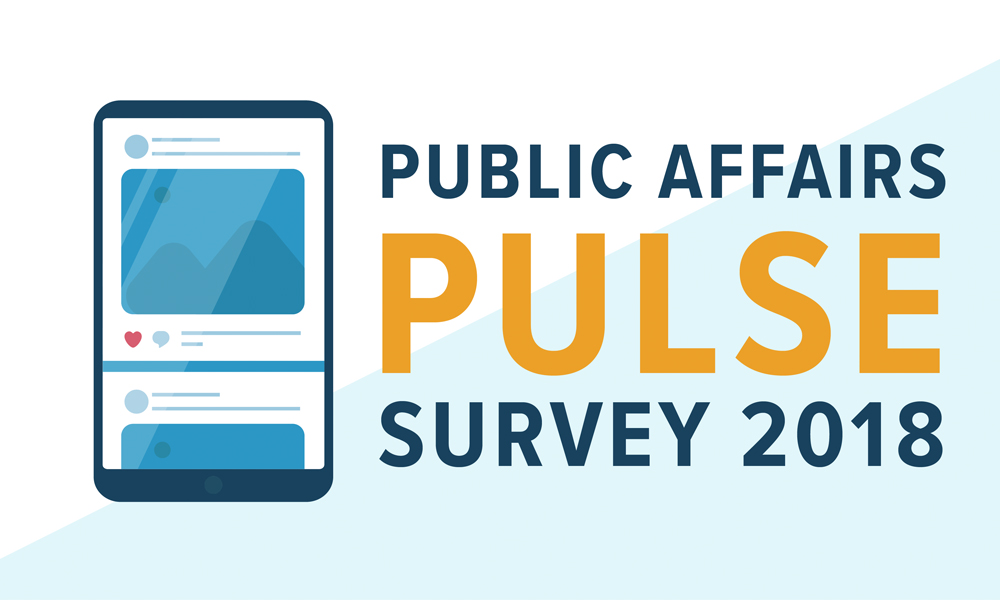 Most Americans distrust political news from social media and are not influenced by critical tweets.

The survey of 2,200 adults also explores which specific industries are gaining and losing trust, the perceived honesty and ethics of CEOs and elected officials, confidence in the news media, and attitudes about foreign corporations.

The results show the president’s tweets are less widely read and influential than people may think. And it turns out that being picked on by POTUS could be good for one’s reputation.

The findings reveal America’s trust in business has declined.

“Friends and family” are the most trusted source for political news, while social media trails the news media, associations, businesses, political parties and others in trustworthiness.

Democrats and Republicans agree on how to fund political campaigns.

“In a way it’s good news that Americans are becoming more thoughtful and skeptical consumers of information about politics and business,” says Public Affairs Council President Doug Pinkham. “But now we’re seeing the public’s skepticism turn into outright cynicism. Trust levels for big and small companies, the federal government and state governments have declined since last year. This situation makes it much harder for the country to function.”

About the Public Affairs Council
Both nonpartisan and nonpolitical, the Public Affairs Council is the leading association for public affairs professionals worldwide. The Council’s mission is to advance the field of public affairs and to provide its 700-member companies and associations with the executive education and expertise they need to succeed while maintaining the highest ethical standards.

Find Your Next Job