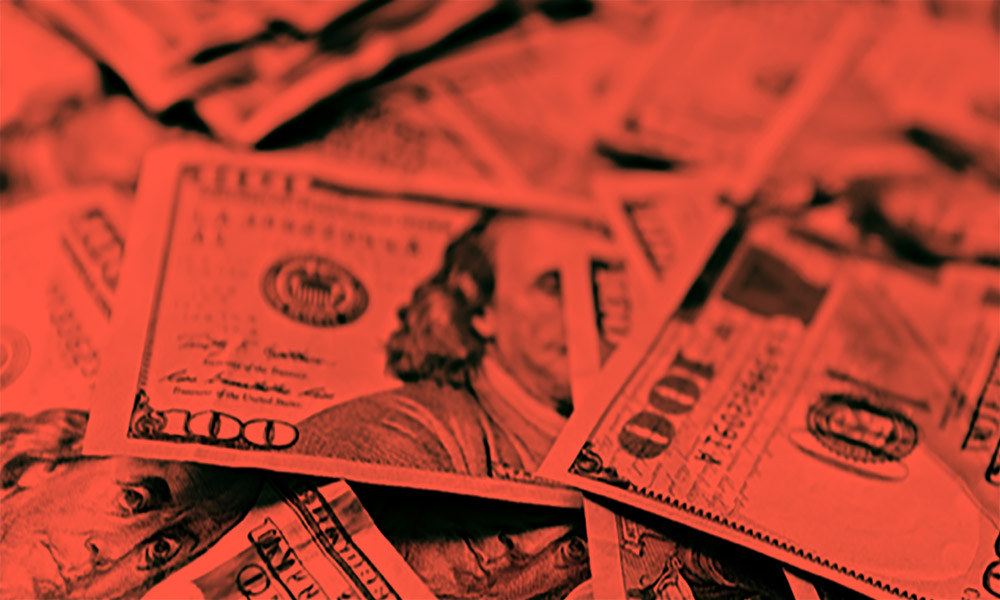 In a recent Council survey of public affairs executives, respondents gave the White House low rankings for knowledge of policy issues (3.4 out of 10), ability to advance legislation (2.92) and overall political skills (2.85), ranking much lower than both the Senate and House in the same categories. 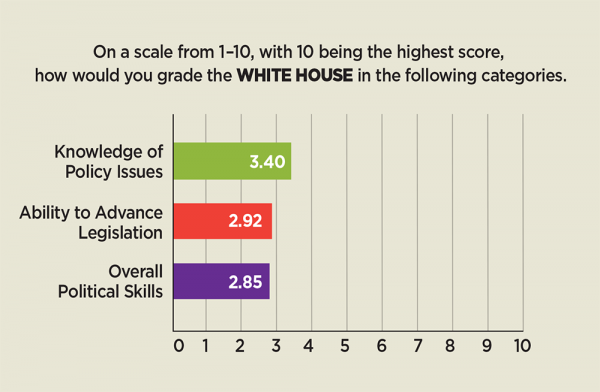 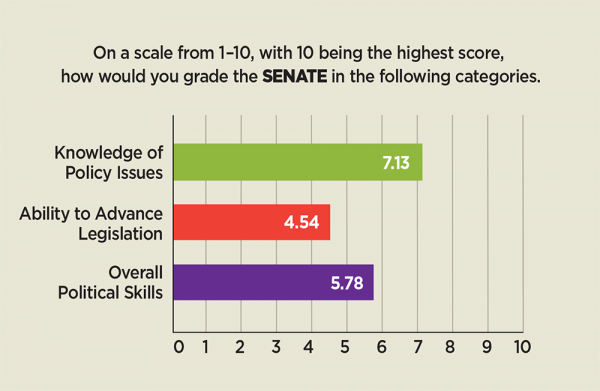 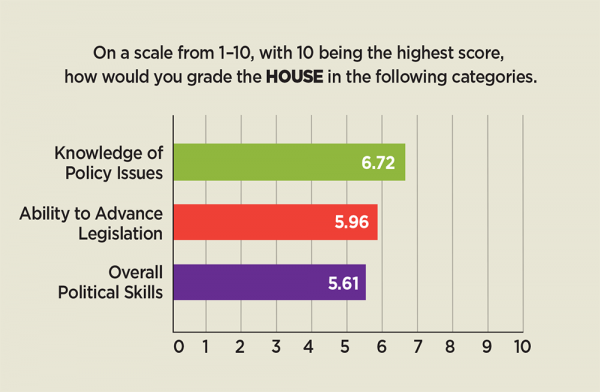 Most Effective Trade or Professional Associations

A majority of respondents (53 percent) expect Democrats will take back control of the House.

A majority of respondents (60 percent) expect Republicans will hold control of the Senate. 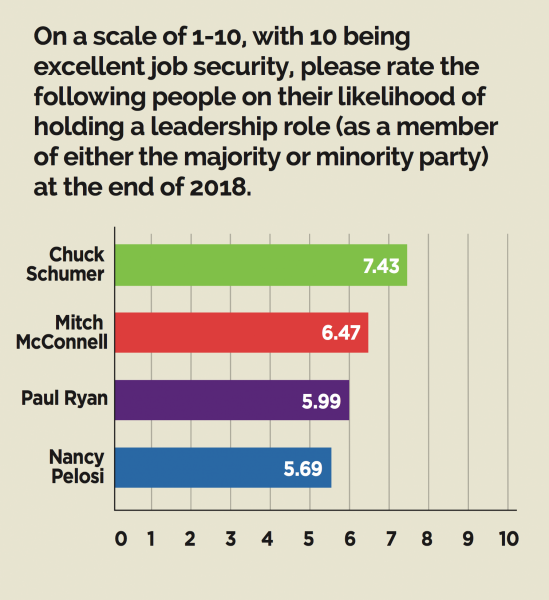 Nearly two-thirds (65 percent) of respondents named health care reform as the most pressing issue of 2017, followed by tax reform (25 percent), and the budget far behind at 4 percent.

Looking ahead to 2018, respondents predict the budget will be the most pressing issue facing the country at 32 percent, followed by infrastructure spending (22 percent), immigration (19 percent), financial regulation (10 percent) and tax reform (8 percent). 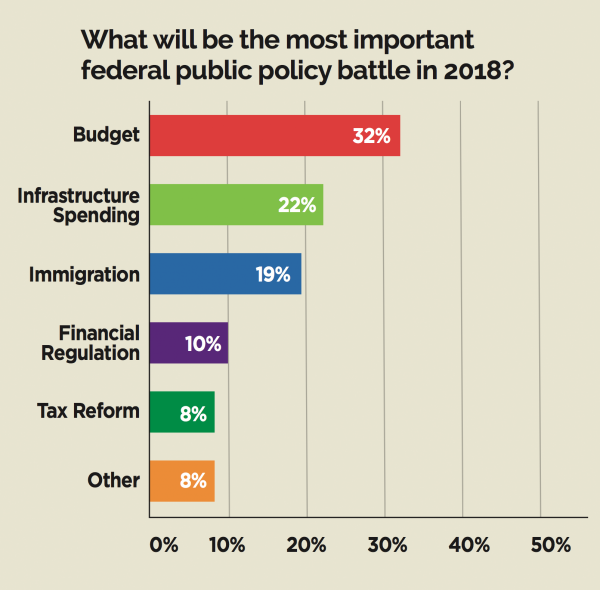 Overall trade policy was the most important international policy issue for 2017 at 32 percent, followed by cybersecurity (22 percent) and concerns over Brexit/European Union (14 percent).

Respondents believe overall trade policy will be the issue to keep an eye on in 2018 (35 percent), followed by China’s Influence and the North Korea Crisis (both at 13 percent).

The toughest challenge facing states in 2017 was taxes and budget (38 percent), followed by health care (19 percent) and education (13 percent).

Survey questions were sent to members of the Public Affairs Council’s board of directors and other senior public affairs professionals in December 2017. The results are based on the responses of 72 survey participants.